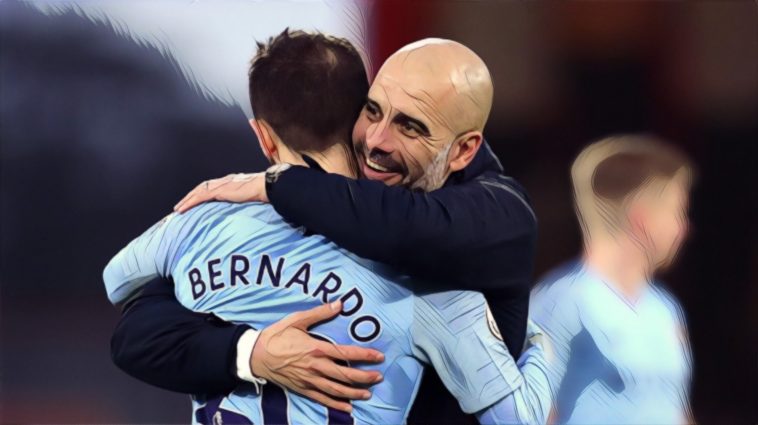 The Portuguese international has come under criticism following his posting of a controversial tweet to teammate Benjamin Mendy, which has since been deleted following accusations of racism.

Silva tweeted a picture of Mendy as a child alongside a character which appears on popular Spanish chocolates Conguitos with the caption ‘Guess who?’, though the tweet has sparked fury with many believing the comparison to be offensive.

Silva and Mendy are good friends, having previously played together at Monaco before moving to Manchester, and the Frenchman publicly showed himself to be highly amused by the comparison.

Bernardo is now facing the prospect of a fine or suspension for his ‘joke’, though Guardiola has defended the 25-year-old following his ill-advised use of social media.

“We spoke many times about what happened in stadiums, regarding Bernardo I was incredibly clear.

“If the people believe Bernardo is this type of person they are completely wrong. They judge [him on] one joke, I judge three years with him.

“Bernardo, or anyone else in my squad, do this thing for a joke. Benjamin is like a brother to Bernardo, that is what I see every single day here.

“If someone feels bad for that tweet it can happen, but the people who judge Bernardo don’t know him. He’s an exceptional person. He likes to be involved in different situations.

“It looked the same, it happens a thousand, million times with white people.

“Make the focus on other issues not on Bernardo.

“He is absolutely not guilty because his intention was just a joke. It’s a cartoon and the face is quite similar.

“Probably the same thing happened a thousand times for white people – it’s the same. It was just a joke and that’s all. The people think it is the opposite and Bernardo and Manchester City are open to listening to opinions and that is all.”