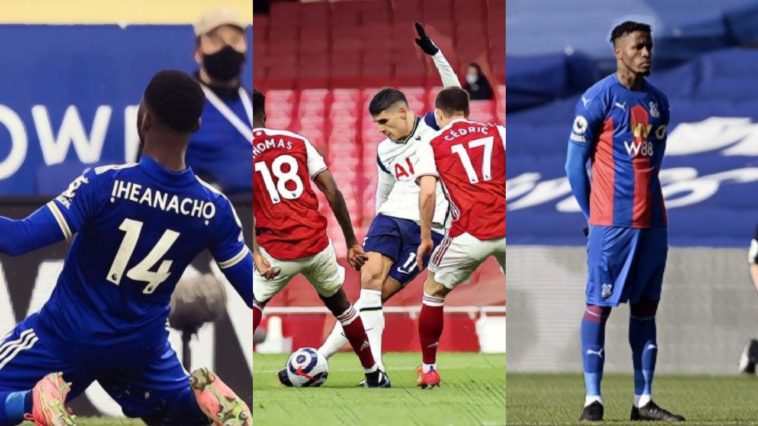 Before Crystal Palace kicked off against West Brom on Saturday, Wilfried Zaha became the first Premier League player to not take the knee since top-flight footballers started using the gesture to protest racial injustice last summer.

The winger released a pre-match statement which outlined his intention to “stand tall” in the face of racism. It was a powerful act by the Ivorian international, who called on the authorities and social media companies to take stronger action against racial abuse. 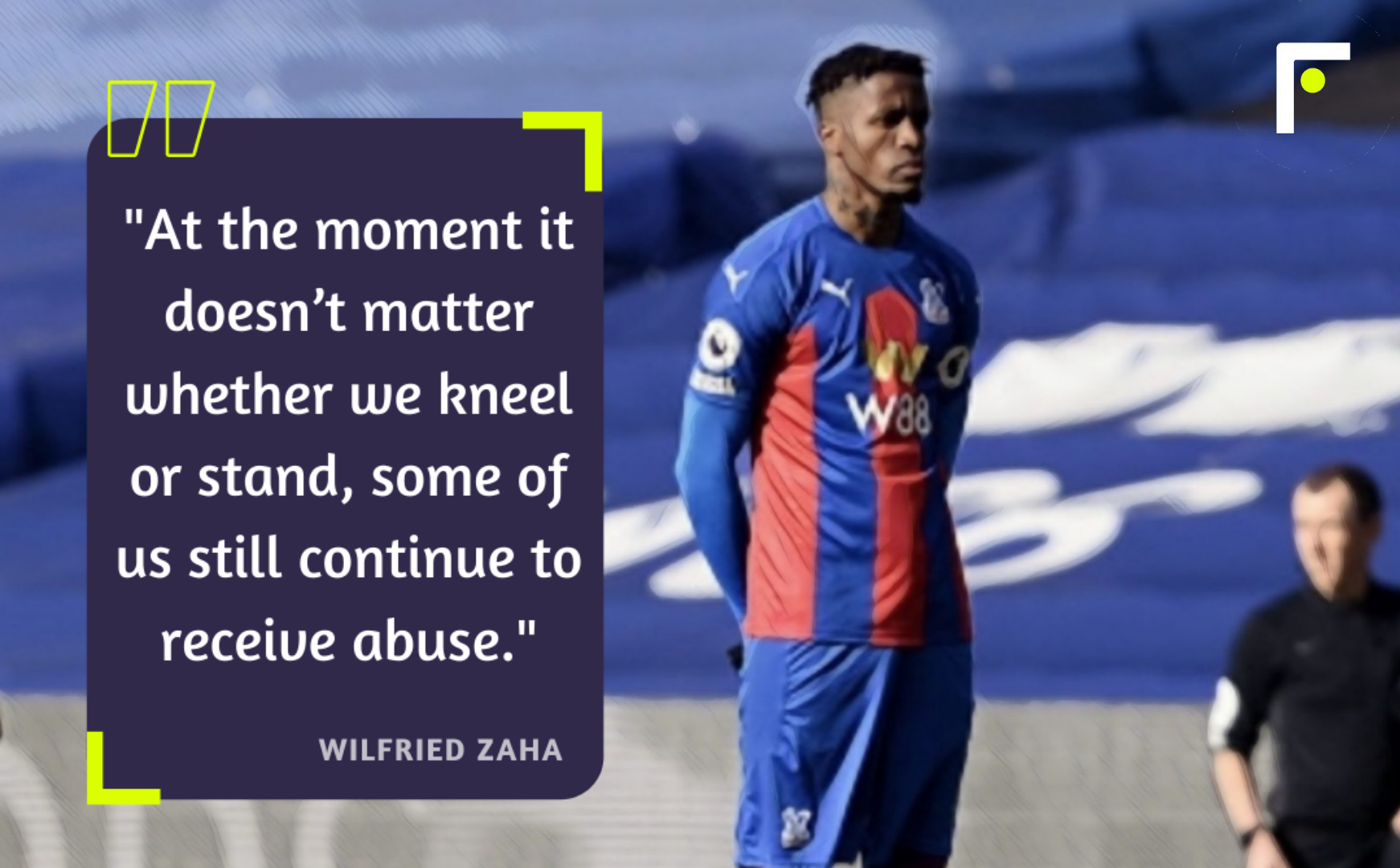 Leicester City defeated Sheffield United 5-0 on Sunday, with three of those goals coming from striker Kelechi Iheanacho. It was a real statement performance from the Nigerian, one we have been waiting for from him ever since he came onto the scene as a youngster at Manchester City.

It wasn’t even the first time Érik Lamela has scored a Rabona for Tottenham Hotspur, but by god it was a beautiful thing to see.

Érik Lamela with the Rabona in the North London Derby…

We got the full Lamela experience in the North London Derby, as the Argentine also got himself sent off for pushing his hand into Arsenal full-back Kieran Tierney’s face. And he didn’t even start the match!

Mason Greenwood’s effort seemed destined to be heading for the bottom corner on Sunday, but West Ham United stopper Lukasz Fabianski somehow got down low to meet it.

Łukasz Fabiański somehow gets down to keep it at 0-0

That wasn’t enough to stop Manchester United, however, as the hosts ran out 1-0 winners over the Hammers.

We are officially starting the John Stones for Player of the Year campaign.

There was a bit of an awkward moment for Chelsea boss Thomas Tuchel in midweek when a camera picked him up angrily reminding striker Timo Werner where he was meant to be on the pitch:

It’s hard enough facing Manchester City in the kind of mood they are currently in, but Fulham practically gifted them three points on Saturday. The Cottagers played very well in the opening half to keep City scoreless, but each of the three goals they conceded in the second were the result of a defensive error.

In the end it was so comfortable that Pep Guardiola could afford to leave Kevin De Bruyne, Ilkay Gundogan, Riyad Mahrez and Phil Foden all on the bench.

Under Chris Wilder, Sheffield United never lost a game by more than three goals. In their first match without him in the dugout they lost 5-0.

The Blades have been really bad this season, but Wilder’s exit will hurt the club going forward. It’s being presented as a decision by “mutual consent”, but this writer can’t help but lay the blame at United owner Prince Abdullah.

It’s been reported that tensions between the pair have grown in recent months, leading to the weekend’s regrettable parting of ways. Although it’s reasonable to argue that Wilder has not made the most of the team’s recent signings, it’s a huge mistake to let the best thing that has happened to the club in god knows how long walk right out the door.

Before this week I would have had Sheffield United down as certs to bounce straight back up from the drop, but now I’m not nearly as confident.