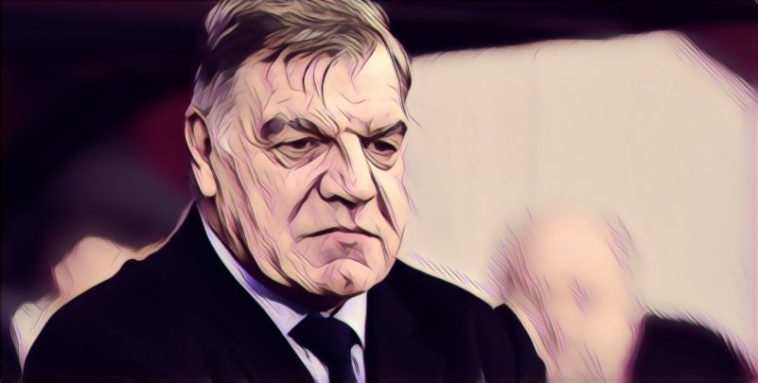 Big Sam Allardyce wasn’t always a meat and potatoes, eight-men-behind-the-ball-at-all-times manager. Once he was considered a progressive coach who embraced the early advances of sports science. Once he created a terrific Bolton side that merged a strong work-ethic typified by Kevin Davies with exceedingly watchable players such as Youri Djorkaeff and Jay-Jay Okocha.

Indeed, he was an innovator of sorts. In actuality, this isn’t true. Not at all. Around that time there was an untold number of coaches exploring new approaches that are now considered the norm. It’s just that Big Sam Allardyce’s open-mindedness contrasted so sharply with his brusque and basic persona that it became something of a talking point. What the hell though: it’s a harmless lie so let’s allow it to slide.

We know all this – that he was progressive and sprinkled his side with foreign flair, giving them a remit to shine – because we are told about it often, so often in fact that it’s become one of the most repeated football cliches involving a manager in the Premier League era.

It’s up there with Wenger’s inability to see his team’s indiscretions and Fergie’s ‘hairdryer treatment’; and Mourinho being called the ‘Special One’ because he referred to himself that way one time. Big Sam Allardyce was once progressive and introduced ice baths and nutritional supplements to a corner of Lancashire.

This championing of his blue-sky-thinking comes up regularly and it does so because every time BigSam Allardyce is damned for being a meat and potatoes, eight-men-behind-the-ball-at-all-times manager after presiding over yet another stultifying, ultra-cautious performance, along comes a former charge of his, or one of his many sycophants in the media, to tell us otherwise.

Except what they’re referring to took place in the mid-2000s. Nearly twenty years ago. In footballing terms, that is another lifetime.

It would be entirely possible to fill up the rest of this article with examples of other managers whose stock was high in the mid-2000s but who are now very much viewed as yesterday’s men. John Gregory. Phil Brown. David O’Leary. There’s three for starters.

It would also be possible to name-check a multitude of musicians, actors, politicians, reality tv non-entities and more who were prominent in that era but whose star has since fallen. Really, there are hundreds of them but to save time let’s instead ask this simple question – would you be surprised if Razorlight were headlining next summer’s big festivals or if Tobey Maguire was described in a current magazine as a ‘Hollywood A-lister’?

A rare few excel in their chosen field across the decades. The vast majority have their moment and then they are gone.

Yet Allardyce didn’t go anywhere. Instead, he was rewarded, and rewarded, then rewarded again; promoted all the way up to the national job for Pete’s sake and looking around there are no other examples of this – not in football or sport; in theatre or film; in music or politics – of someone impressing for a few year’s twenty years ago then having their status remain elevated ever since based solely on those few years. Believe me, I’ve checked.

This would be exasperating enough if the massive headed fraud had stuck to his ethos and continued to at least entertain the notion of entertaining. Then we can easily imagine his career path and even where he would be now.

For at Newcastle, then Blackburn and maybe elsewhere he would have inevitably signed Kevin Davies and surrounded the bustling forward with a couple of exciting foreign talents snapped up on the cheap from Ligue 1. There may even be the odd European Cup-winning captain, talked out of retirement to offer up one final flourish.

And Newcastle and Blackburn would have consistently skirted the top six and been fairly enjoyable to watch only then football would have evolved beyond this singular trick rendering his ethos outdated and less impactful. And Allardyce would have gauged which way the wind was blowing and left the Premier League circus with his massive head held high, widely respected for his achievements.

In many respects, this imaginary Sliding Doors second half to his managerial career mirrors that of Arsene Wenger’s, only minus the trophies of course. Swap Arsenal’s success for Newcastle and Blackburn’s theoretical relative success; and Wenger’s doubling down on developing kids for Allardyce getting a third act out of a bargain, veteran craftsmen and it’s a match.

Except, Allardyce didn’t do any of that. He didn’t continue with his progressive ways upon leaving Bolton. Indeed, he did the exact opposite.

From the moment he arrived in the North-East in 2007 right up to the present day this Mike Bassett-a-like with a penchant for pints of gravy reverted to pages one and two of the coaching manual and has remained there ever since.

For fourteen years now he has inflicted upon the English top-flight boring, unambitious, defensive fare designed exclusively to not be breached. It is positively Neolithic. It is the beautiful game stripped back to its most basic of components, relying on pragmatism, and toil, and hoping that something falls your way from a set-piece.

And for this rudimentary, soul-sapping approach he is truly hated by Newcastle fans, and West Ham supporters, and don’t you dare even mention his name on one half of Merseyside and from this has emerged a long-running dispute in the national conversation; a bizarre one featuring the suffering fans of these clubs and Allardyce’s influential network of buddies in the media.

Here, to get to the heart of this article, is a distillation of that disagreement.

Newcastle/West Ham/Everton fan: Allardyce out! He is sucking the life from my club. I can’t believe I pay good money to watch this unambitious dirge. I’d honestly prefer us to finish 20th but see a few passes in the final third than 16th and be subjected to this.

An Allardyce acolyte from the media: Don’t forget, he once signed Jay-Jay Okocha!

Disgruntled fan: But that was two decade’s ago! Right now, it’s like watching Wimbledon reincarnated.

Acolyte: You clearly don’t understand football. He was very progressive at Bolton.

Big Sam Allardyce has never been relegated. That’s the other accomplishment that his defenders trumpet loud and regularly. But again, it is possible to list an almost countless number of other managers who have never taken their team down and really, on closer inspection, is that honestly a feat to boast far and wide as your chief selling point?

Getting relegated represents the worst failure for a manager and Allardyce has to date avoided failing that badly. That’s not an achievement. That’s just not spectacularly messing up.

If an average chef put down in large print and bold letters on a job application that his greatest strength was that he had never poisoned anyone could he realistically expect to be given a job at a fine dinery? Yet in 2016 Allardyce was handed the England job, football’s equivalent of a restaurant with three Michelin stars.

For all this distorted furnishment of prized positions that is totally at odds with his talents you would assume that Allardyce was grateful: that he might perhaps quietly keep his head down and humbly get on with it all.

Instead, remarkably, staggeringly, incredibly he feels hard done by.

‘I won’t ever be going to a top-four club because I’m not called Allardici, just Allardyce.’ That was his famous gripe.

Elsewhere he has claimed the Premier League is a ‘foreign League in England’ where British managers are viewed as ‘second class’.

Not ever before in the history of mankind has an Englishman benefited more from being English.

Not ever before has a man’s deluded, towering sense of entitlement gained him riches imbalanced with average ability. Not ever before has an individual profited so consistently and shamelessly from an old boy’s network that runs through the English game like cholesterol.

Big Sam Allardyce the dinosaur has not only had his day. He has been unjustly blessed with far, far too many of them.

Drivel. Useless article, completely biased, doesn’t understand achievements in the game and clearly someone with a dislike to the extent they actually start using insults. Don’t get them to write again for heavens sake!