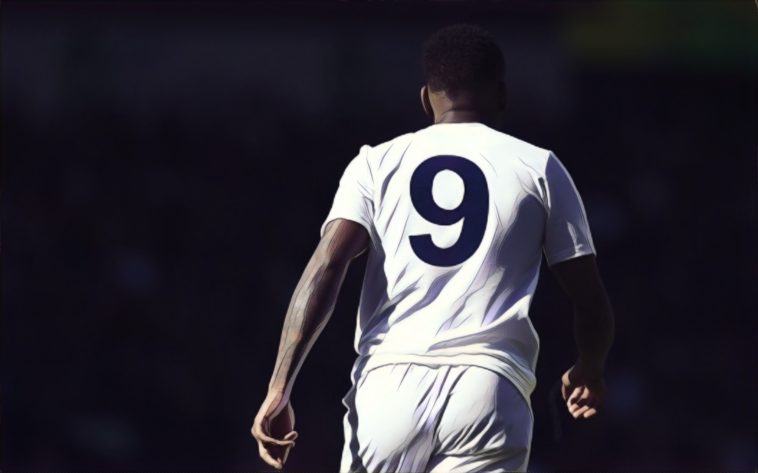 At the end of January, Patrick Bamford completed one simple pass which showed why he might be the prime example of the modern striker in the English game.

Leeds United‘s top goal scorer was through on goal in a one-v-one situation against Leicester City’s goalkeeper Kasper Schmeichel, exactly the type of situations strikers love. He places the ball into the bottom corner with perfect precision, wheeling away in celebration of his second goal, the hero of a 3-1 win.

Only, that’s not what happened at all. Instead Bamford lays the ball across the six yard box for Jack Harrison to tap in for an easy finish.

That’s what really happened, but if I had left it at the original story, you wouldn’t have thought anything of it. How many times over the years have you seen a striker take that shot on to keep the glory for themselves or miss it entirely? You can’t blame them, it’s in their footballing make-up and what they are literally paid for.

The form Bamford is in this season, he probably would have buried that ball in the Leicester net. Whether it was part of his decision-making or not, what he did was the smart, analytics move: pass to the player in a better position to score rather than take the shot yourself. But more importantly, it was a product of his selflessness.

It’s a quality that almost defines his entire game. Among forwards only Ollie Watkins and Jordan Ayew have completed more successful pressures than Bamford in the Premier League. The Englishman is not your classic centre-forward, but neither is he all that unique in the modern game.

Eight days after his act of generosity against Leicester, Bamford scored his 12th goal of the season in a 2-0 win over Crystal Palace. Following that performance Jamie Carragher touched on this very subject on Monday Night Football.

“The days of having a forward who scores one in two or three games but does nothing else are gone. If you’ve got a striker like that, then you’re essentially playing with ten men,” attested the former Liverpool defender.

Take a look around the Premier League and you’ll find that Carragher’s words ring true; the selfish number 9 is a thing of the past.

Dominic Calvert-Lewin is the outlier, a striker whose only job is to get in the box and finish off moves. Funnily enough, that only became his modus operandi after Everton manager Carlo Ancelotti told him to forget all of the extracurricular stuff and focus on scoring. He used to do a lot of pressing and running into channels, but now the Italian compares him to Filippo Inzaghi. Quite the difference.

Many of the other out-and-out strikers in the top-flight come with caveats: Harry Kane has adapted his game this season to play more of a creative role than ever before; Sergio Aguero had to change his game somewhat when Pep Guardiola arrived at Manchester City; and Aleksandar Mitrovic, once Fulham’s star player, is no longer a guaranteed starter because he doesn’t suit Scott Parker’s current game plan.

🗣"I would like to see him get a sniff"@Carra23 thinks Patrick Bamford should get a call-up in the next England selection pic.twitter.com/vMin50HJrz

You’ve also got the likes of Chris Wood, Ashley Barnes, Callum Wilson, Edinson Cavani, and Olivier Giroud, but there’s no doubt that they are a dying breed. Many of the biggest goal scorers in recent years have been wide players who like to cut into the box; Mo Salah, Sadio Mané, Raheem Sterling, Marcus Rashford, Pierre-Emerick Aubameyang and so on.

According to one former professional, the attackers of today simply don’t have the attributes required to play that classic centre-forward role anymore.

“To be that old fashioned number nine, you’ve got to be big and strong, you’ve got to be able to hold the ball up and bring in the flair players around you,” Michael Gray tells The Football Faithful in an exclusive interview.

“Everybody I see now playing in forward positions all want to be that flair player, they want to score that wonder goal. There’s not many centre forwards out there who love scoring a little tap-in,” he adds.

It’s not just those attacking players with panache who define what makes a modern forward though, it’s the workhorses too. Players such as Roberto Firmino have been referred to as ‘the first defender’ for their willingness to press the opposition in their own half. Even an out-and-out striker like Robert Lewandowski has almost as many successful pressures as Bamford.

Unlike Lewandowski though, the likes of Firmino and Sheffield United’s David McGoldrick are notorious for being more preoccupied with knitting the attacking play together, getting involved in the buildup, than being a penalty box poacher.

A cynic might suggest that’s because they are below average finishers, but it doesn’t diminish the importance of the role they play. Just this past week McGoldrick started an attacking move by switching the play to the far side of the pitch before turning up at the back post to score the Blades’ winner against Aston Villa.

Ping it out wide. Run to the back post. Score the goal!

The quality these players all share that is key to being the modern forward? Work rate. With luxury players, for the most part, becoming a thing of the past, it’s the one thing attackers must bring to the table to be successful these days, according to Gray.

“I think the modern day football that we’re seeing now, every manager wants every single player to work their socks off for the team, when you have the ball and when you don’t have the ball,” the former fullback or left-winger tells us.

“So if you think about it, there’s a little bit of sense about it. Because teams want to be hard to beat, they want to have those players in those forward positions who can create opportunities and score goals and obviously win football matches for them.

“But if you’re not pulling your weight, you’re not going to get that starting eleven. I think that’s the way a lot of managers certainly think now.”

As Gray points out in our discussion, these things are cyclical and the day may come back around where the goal-poaching centre-forward is in fashion again. But for now, and the foreseeable future, the selfish number 9 is surplus to requirements.