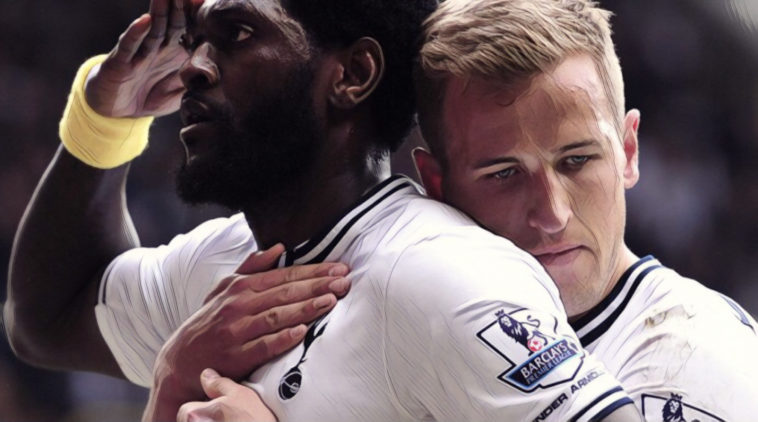 Goals have often come in great supply in meetings between the two capital rivals and ahead of this weekend’s crucial meeting we’ve looked back at the most prolific derby day scorers of the Premier League era.

Robin van Persie developed into one of the Premier League’s leading lights during an eight-year spell with Arsenal, his final seasons at the Emirates seeing the Dutchman flourish as a prolific goalscorer.

Van Persie initially struggled to make an impact during his first north London derby appearances before taking a starring role, scoring five times in just eight meetings between 2008 and 2012.

The Netherlands international’s final goal in the fixture came as captain in a memorable 5-2 thrashing of Spurs at the Emirates, a season which saw the forward named as the PFA Player of the Year following a 30-goal campaign.

That season proved to be his final at Arsenal as he moved to Manchester United in a £24m deal, though his knack of finding the net against Tottenham followed as he scored against the north Londoners during a 1-1 draw at White Hart Lane in his debut campaign with the Red Devils.

Thierry Henry enjoyed a fine record against Spurs with five goals in 10 north London derby appearances for Arsenal, a period which saw the forward go unbeaten in each of his meetings against the Gunners’ greatest rivals.

Amongst his collection included a sensational solo goal at Highbury, the Frenchman picking the ball up deep inside his own half before running almost the length of the field to fire home in a 3-0 win.

🗓On This Day: In 2002, Thierry Henry scored THAT goal against Spurs 🏃‍♂️

Henry also scored during a classic 5-4 win for the Gunners at White Hart Lane during the 2004/05 season, with his final goal against Spurs coming in his final appearance, scoring in a 1-1 draw during the final north London derby at Highbury.

One of two players on this feature with an opportunity to extend their goalscoring record this weekend, Gareth Bale will be looking for his sixth Premier League goal against Arsenal at the Emirates on Sunday.

Bale has scored more Premier League goals against Arsenal than any other opponents, having compiled a fine record against the Gunners during his first spell at Spurs.

The Wales international heads into this weekend’s fixture in fine form having netted six goals in his past six appearances in all competitions, and the 31-year-old will be relishing taking on an Arsenal side without a win in the past five derby meetings.

Another player never on the losing side in a north London derby, Robert Pires was a constant menace to Spurs during his spell tormenting Premier League defences on the Arsenal left.

Pires formed a brilliant partnership with Thierry Henry during a golden period for the Gunners, winning a domestic double in 2001/02 and completing an entire league season without defeat to win a second Premier League title two years later.

The Frenchman scored a decisive goal as Arsenal won the 2003/04 title at the home of their fierce rivals following a 2-2 draw at White Hart Lane, whilst it was the winger who netted his side’s fifth in a topsy-turvy 5-4 victory the following season.

Emmanuel Adebayor ranks second amongst the north London derby’s highest Premier League scorers, having spent periods on both sides of the divide throughout a colourful and controversial career in English football.

Adebayor signed for Arsenal from Monaco and after a period of adaptation became the club’s chief goalscoring threat, thriving following the departure of Thierry Henry to score 30 goals during the 2007/08 campaign.

Two of those goals came in a 3-1 win at Tottenham, including a stunning strike from distance as the Togo international struck a sensational volley at White Hart Lane.

Adebayor’s relationship with the club soured and he later became a much-hated figure for a controversial celebration against Arsenal for Manchester City, before diminishing his dwindling popularity with a move to north London rivals Tottenham.

The forward netted for Spurs against the Gunners in a 5-2 defeat at the Emirates and finished his career with eight Premier League goals in the fixture, his 10 in all competitions also making the forward the joint-second highest derby scorer of all time.

Harry Kane is the leading scorer in the history of the north London derby and will be hoping to add to his remarkable record in the fixture this weekend, having scored 11 times in just 12 league appearances against Arsenal in his career to date.

Kane scored a match-winning double on his first derby appearance and has failed to stop scoring since, including in the reverse fixture this season as Spurs claimed a 2-0 win at the Tottenham Hotspur Stadium.

The 27-year-old scored twice in the club’s last fixture against Crystal Palace and is just one adrift in the race for the Premier League’s Golden Boot this season, and will view the visit to Arsenal as a chance to strengthen his claim for the prize against one of his favoured opponents.

Kane has averaged almost a goal a game against the Gunners, only scoring more goals against Leicester in his Premier League career so far.