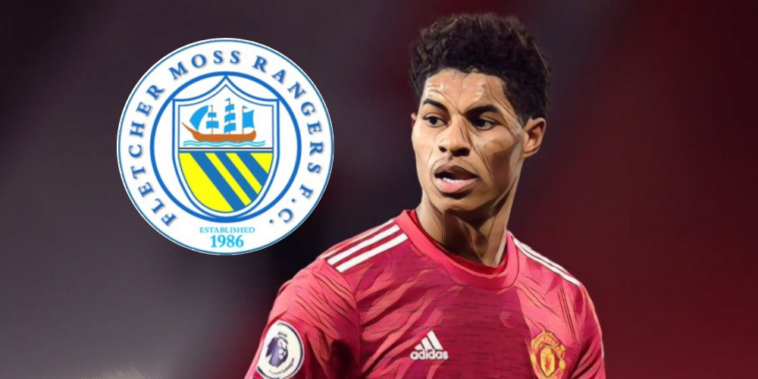 Our talent factories series so far has included some of world football’s leading clubs, huge institutions which have nurtured a succession of leading talents who have reached the very top of the game.

The latest inclusion amongst our talent factories series visits the story of Fletcher Moss Rangers, a grassroots side based in Manchester who have compiled a remarkable record in producing players in the professional game.

Such has been their success, the amateur outfit now have close links with some of the country’s biggest clubs and we spoke exclusively to chairman, David Horrocks, on the continued success of a grassroots giant.

Horrocks spoke about challenging young players, with Fletcher Moss often fielding teams in older age groups, whilst the environment created by the Manchester club has seen them trusted by professional sides with nurturing prospects not yet ready for the academy system.

Just last year, eight of the club’s U-8 side were inducted into the youth systems of Manchester United and Manchester City and we’ve decided to look at some of the famous faces to previously have come through Fletcher Moss’s ranks:

Arguably the first household name to have emerged from Fletcher Moss Rangers, Brown’s older brother, Clive, formed part of the club’s very first side in the mid-eighties before his youngster sibling quickly made a name as a youngster.

Brown was inducted into Manchester United’s academy system at the age of 12 and would rise swiftly through the ranks, spending time in the FA’s School of Excellence, Lilleshall, before breaking into the Red Devils’ side.

The centre-back spent more than a decade as a first-team regular during a dominant era for Sir Alex Ferguson’s side, winning five Premier League titles and two Champions League trophies, the first coming as part of a historic treble-winning season in 1998/99.

Arguably Brown’s best season came in 2007/08 as he made 52 appearances in all competitions, with United winning a Premier League and Champions League double, defeating Chelsea in the first-ever all-English final with Brown assisting Cristiano Ronaldo’s final goal.

The defender also won 23 caps for England and finished his career with spells at Sunderland and Blackburn before a short stint with Indian Super League side Kerala Blasters.

One of a number of current Premier League stars to have counted Fletcher Moss amongst their former clubs, Danny Welbeck was another inducted into the academy system of Manchester United before bursting onto the scene with a stunning debut goal as a teenager.

The forward was sent on loan to the likes of Preston and Sunderland before breaking into the first-team on a permanent basis, where he became a valued member of the Red Devils’ senior side.

Welbeck scored 29 goals in 142 appearances across all competitions and won the Premier League and two League Cups amongst his honours, though injuries hindered his progress and he was eventually allowed to leave for Arsenal in a £16m deal in 2014.

He enjoyed some bright moments with the north London side – including netting a Champions League hat-trick against Galatasaray – though his five seasons at the Emirates were ravaged by fitness issues.

Interestingly, some of Welbeck’s best performances have come at international level with an impressive 16 goals in 42 appearances for England and he has been included in squads for three major tournaments.

The 30-year-old is currently playing for Brighton following a short spell with Watford last season.

Ravel Morrison is a name that has regularly drawn fascination from football fans, a player described by Sir Alex Ferguson as the ‘best young player he had seen’ when emerging as a precociously talented youngster in the Manchester United academy.

Morrison formed part of the club’s FA Youth Cup-winning side alongside the likes of Paul Pogba and Jesse Lingard, but bad publicity followed the midfielder who made just three appearances for the Red Devils and has since failed to fulfil his true potential.

Morrison, however, has enjoyed excellent moments in a nomadic career that has taken in spells at clubs including Birmingham, Queens Park Rangers and more recently Sheffield United, whilst he has taken his talents across the globe with spells in Italy, Sweden, Mexico and the Netherlands.

Fletcher Moss chairman Horrocks lights up when discussing a player he describes as ‘the best player’ to have come through the club’s ranks, insisting Morrison had the potential to be a ‘superstar’.

“With Ravel, he was was something else, completely different class.

“I’ve seen some of the goals that he’s scored and you’re just in awe of how he’s been able to do the things he’s done. For me, Ravel Morrison was probably the most gifted footballer that we have ever had and it’s a shame the paying public have not had the chance to see the best of Ravel Morrison.”

The best spell of Morrison’s career came during his time with West Ham, where there were glimpses of his irresistible talent including a stunning solo winner in a London derby win against Tottenham.

The 28-year-old is currently without a club after leaving ADO Den Haag in January, though the midfielder remains a part of Jamaica’s plans to reach the 2022 World Cup after changing his international allegiance.

Jesse Lingard spent a brief period with Fletcher Moss as a youngster and made an immediate impression, the youngster’s talent quickly spotted by Manchester United.

“He only played in two tournaments for us, got scouted from there and was lost to us. But he stood out in his own age group because he was so small but so skilful.”

Lingard has since risen through the ranks and became a key part of the Red Devils’ side, thriving during a succession of loan spells before becoming a regular member of the side under Louis van Gaal.

The midfielder scored the winning goal in the 2016 FA Cup final and made his senior debut for England later that year, forming an important part of the Three Lions’ side which reached the semi-finals of the 2018 World Cup in Russia.

Lingard has made 210 appearances for Manchester United across all competitions, though is currently on loan with West Ham after finding himself on the periphery of Ole Gunnar Solskjaer’s side over the past 18 months.

The 28-year-old has starred since his switch to the London Stadium in a reminder of his qualities, scoring three goals and providing an assist in just five appearances to spark talk of an England recall.

Perhaps the leading member of Fletcher Moss Rangers’ modern alumni, Marcus Rashford has enjoyed a meteoric rise since bursting onto the scene at Manchester United as a teenager.

Rashford shot to prominence as a 17-year-old after scoring twice on his debut against FC Midtjylland, before scoring twice more just days later on his Premier League bow against Arsenal, in a game that also featured a goal from fellow Fletcher Moss graduate Welbeck.

“We used to say with Marcus, when he was playing we needed two balls on the pitch, so the rest of the kids could have a kickabout.”

Rashford has since continued to rise season upon season and is now a stand-out figure for club and country, his current record standing at 85 goals in 256 appearances for the Red Devils and 11 in 40 caps for England.

The 23-year-old’s collection of honours includes FA Cup, League Cup and Europa League success, whilst he has shown bravery off the pitch in an admirable campaign against social injustices and child food poverty.

Rashford’s mix of scintillating speed and skill makes him the archetypal modern forward, most comfortable when starting wide and drifting into central areas dangerously.