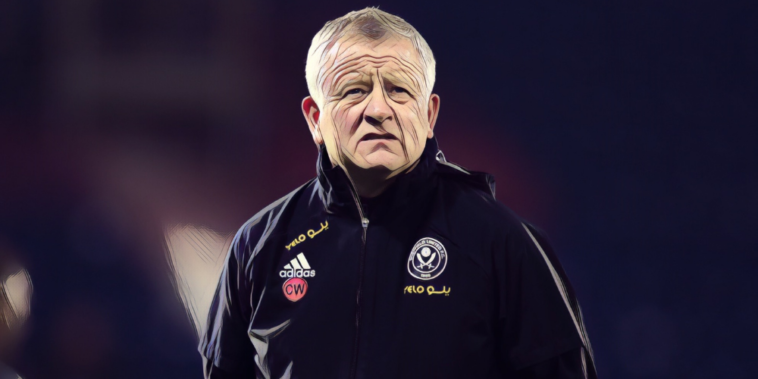 Chris Wilder is set to leave his position as Sheffield United manager with the club rooted to the bottom of the Premier League following a dismal campaign.

Wilder has been in charge of his boyhood side for five seasons and has transformed the Blades’ fortunes since arriving at Bramall Lane, guiding the club to two promotions in just three seasons after taking charge, with the side languishing in the third tier.

Sheffield United’s return to the Premier League last season saw the newly-promoted side exceed all expectations to finish ninth, having spent much of the campaign amongst the division’s top six to raise hopes of securing European football.

Wilder’s innovative side have struggled to build on that success this season and are currently rooted to the bottom of the Premier League table, failing to secure a single win in their opening 17 fixtures to endure the worst-ever start to a English top-flight campaign.

Despite a run of three wins in five fixtures in January and February, results have again taken a downturn with five defeats in six. The Blades remain on just 14 points, leaving them a huge 12 points adrift of safety with just 10 games remaining.

According to talkSPORT, Wilder is now set to leave his position by mutual consent, although The Times are reporting that he is being sacked. Wilder’s exit comes amid growing tensions with United owner Prince Abdullah, having expressed the need for greater backing following last weekend’s 2-0 defeat to Southampton.

Wilder, however, has been criticised for his recruitment last summer after investing more than £50m on new players with several signings failing to make an impact this season.

Aaron Ramsdale has struggled since an £18m move from Bournemouth with the goalkeeper having failed to adequately replace Dean Henderson following his loan return to Manchester United, whilst club-record signing Rhian Brewster has failed to score or provide an assist in 20 appearances since signing from Liverpool.

Assistant manager Paul Heckingbottom is expected to be placed in charge for Sunday’s clash with Leicester in the Premier League ahead of the expected announcement of Wilder’s exit.