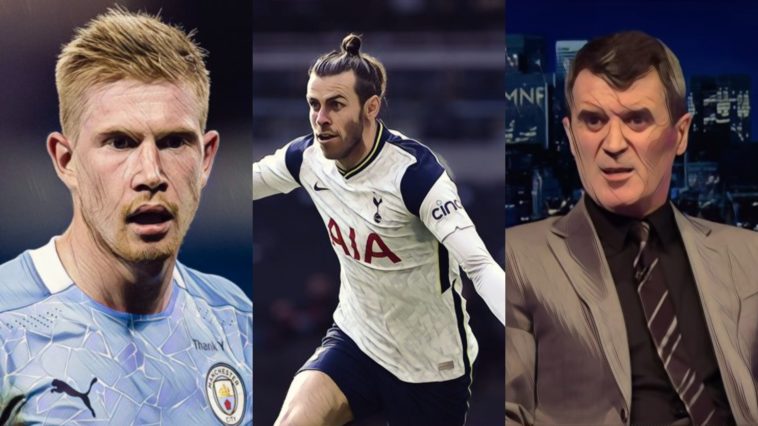 Once again Roy Keane brightened up our Sunday while on punditry, this time by getting into a heated debate with Jamie Redknapp about Tottenham Hotspur.

Things have got heated already on Super Sunday as the pair argue over Tottenham's form and hopes going forward.

Gareth Bale read all of your tweets saying he was a flop this season, so he went and proved you all wrong by scoring twice and assisting another in Spurs’ 4-0 win over Burnley.

I mean, he probably didn’t read your tweets, he has a golf swing to be perfecting. But he did roll back the years with a sublime performance, scoring his second and third Premier League goals of the season.

Bale’s finish for the second was excellent, while his assist for Harry Kane was a pitch perfect ball over the top from his own half. The Welshman firmly put Keane in his place about his “team of average players” comment, anyway.

Arsenal’s defence opened up in front of him, but Youri Tielemans still had to step through the door. The Belgian worked diligently to win the ball in the first place, before embarking on a thirty-yard run to score for Leicester City.

Leicester take an early lead over Arsenal thanks to their brilliant Belgian 🔵 pic.twitter.com/EuZgw56PYX

An injury to Kevin De Bruyne has kept a wonderful player away from the pitch in recent weeks, although it’s not as if Manchester City have missed him too much. Still, nice to have him back pinging balls into the box like he did to set up Ruben Dias for City’s opener on Sunday.

What a ball that is from Kevin De Bruyne! 🎯

Rúben Dias has his first Man City goal and the home side lead West Ham 👊 pic.twitter.com/IITOyK2UHh

Martin Dubravka‘s brilliant save from Fabio Silva’s header late on in Saturday’s match secured a point for Newcastle United against Wolves.

This is one of the best photos from the weekend's football. pic.twitter.com/y0kbfmY73O

It’s mystifying how Olivier Giroud, usually so clinical in this exact scenario, missed this chance against Manchester United. It was a glorious opportunity for the Chelsea striker to end United’s away streak.

Olivier Giroud is inches away from getting on the end of Callum Hudson-Odoi's tempting cross.

57% of Premier League goals today were scored by centre-backs.

Sean Dyche is certainly brightening up press conferences these days.

Transfer negotiations aren't what they used to be it seems 🍺 pic.twitter.com/qAFQWjztyT

We all talk far too much about referees these days, but Lee Mason made a holy show of himself on Sunday.

The official told Brighton’s Lewis Dunk he could take a direct free-kick and blew the whistle to signal this. But he quickly changed his mind when he saw that West Brom goalkeeper Sam Johnstone was not set. At this point the ball was already in the net and confusion reigned supreme.

Mason decided to rule it a goal, overruling his own change of mind. He then went over to the monitor to look at a replay of the incident, before once again changing his mind.

Should Brighton have been awarded the goal against West Brom? 😲pic.twitter.com/WReJgA3p5J

Mason, you have had a mare, son.

Premier League Team of the Week