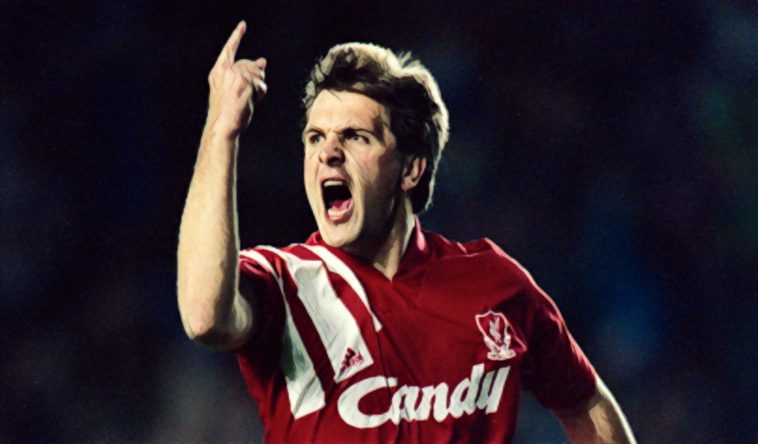 Across the globe there are men of a certain age who go to bed each night thanking their lucky stars they were children during the mid-eighties.

That’s because when the telly seemed impossibly bright and they were at their most impressionable and football meant more to them than it ever would again, they got to witness the brilliant Danish Dynamite at the 1986 World Cup.

They got to see Michael Laudrup shimmying past the planet’s best defenders as if he were playing keep-ball in a school playground. They got to fall hopelessly and forever in love with that kit. They got to marvel at a side that could easily have won the tournament had compromise been in their make-up.

And at the heart of this extraordinary, cool-as-fuck creation, pulling the proverbial strings and occasionally jogging if he absolutely had to, was a pass-master who weighed just shy of fifteen stone in his pomp and God knows how much when his career went awry; a man who once beat Eric Bristow at darts and was very partial to a pint or twelve; a player who spoke with a Scouse accent despite being Danish to the core. Ladies and gentlemen, please all rise for Big Jan Molby.

Molby turned up in Mexico on a high after playing one of the games of his life in the FA Cup final that May, contributing to all three of Liverpool’s goals against their Merseyside rivals Everton. It’s important to put that into proper context, because we’re not saying here that Mike Newell – let’s say, as a completely random alternative – had one of the games of his life for Blackburn. Or that Ian Woan had an unforgettable ninety minutes for Forest. This was the Great Dane – one of the finest imports English football ever had the privilege of claiming as their own – playing above himself for a team so magisterial it dominated the game for a generation.

You can imagine the scenes then. Molby in his slippers. Wembley, his carpet.

That season he scored 21 goals from midfield as the Reds bossed their way to a double. A year later the goals may have diminished but his performances did not, as Big Jan imperiously patrolled centre-circles the length and breadth of the country with an easy swagger. Three years after being signed from Ajax as a replacement for Graeme Souness, the player once mentored by Johan Cruyff had made the Liverpool engine-room his own, changing its very style in the process. Souness had been a bouncer; Molby was a reveller.

Alas it was his taste for revelment that cost Molby dear. A prolonged injury led to plenty of time on his hands and it was time well spent in various boozers across the city, honing his accent further. One evening, as he was driving home to Cheshire, he spied blue flashing lights in the rear-view mirror. Molby insists in his autobiography that he’d only sunk a couple of pints but panic got the better of him and he floored his BMW M3. He was jailed for six weeks.

On his return to a club that stood by him, nothing much had changed – with Molby still more acquainted with the physio room than the Anfield turf – but soon everything would, seismically and tragically so when Hillsborough took 96 souls. Soon after, burned out from grief and shouldering the immense responsibility of his position, Kenny Dalglish resigned as manager.

In his place arrived Souness, once Molby’s predecessor, now his gaffer, and for a short while there was an uneasy alliance, as the injury-prone baller with Sat-Nav vision made the odd appearance as sweeper and plenty more besides in his natural habitat. Only then inferior talents began to take his place: Don Hutchinson, Mike Marsh. And though class eventually told and Molby reclaimed his spot, his narrative during the nineties was very much one of sporadic appearances here and there; just 42 in his final four seasons.

Yet that is what we’re celebrating today. Because it’s all too easy to cherish a player’s prime and the glory that comes from it but if that’s all that appeals our suggestion is to open up YouTube and type in ‘Lionel Messi’. Have a ball.

What is also worth revering is a player’s renaissance in his autumnal years; those moments that ease aside physics and prove that elegance is permanent. And there were lots of these moments with Molby in the nineties.

We have all participated in, or witnessed, a five-a-side game, where the younger players dart around like headless chickens but at its centre, controlling every aspect like an artful puppeteer, is an older figure. A guy who has a cabinet full of trophies back home from winning regional leagues. A guy who could have made it. He barely moves ten yards throughout; the mileage is all in his head.

That was Molby for Liverpool in his latter days, and like the Danish Dynamite it was a privilege to behold.

Sure the shirt was now stretched and strained around an expanded waistline. Granted his shorts resembled taut string wrapped around two boiled hams. But at Ajax his coach Cruyff had made him fire balls at the corner flag from the halfway line during training, over and over and over again, and now wingers hared down the touchline and Molby would ping it on a sixpence for them. A one-two was as energetic as he got.

Favourite Premier League vignettes typically feature razor-sharp thought and movement, from athletes with the DNA of a whippet. Here Molby was rotund. He was pedestrian. Everything was slowed down to a tempo his girth and seasoned age could manage. And yet it was nothing less than glorious.

Across the globe there are men of a certain age who go to bed each night thanking their lucky stars they were children during the mid-eighties. Because in their teens they saw Jan Molby supposedly past his best.

See Also: The longest winning runs in English domestic football, from the 19th century to the present day