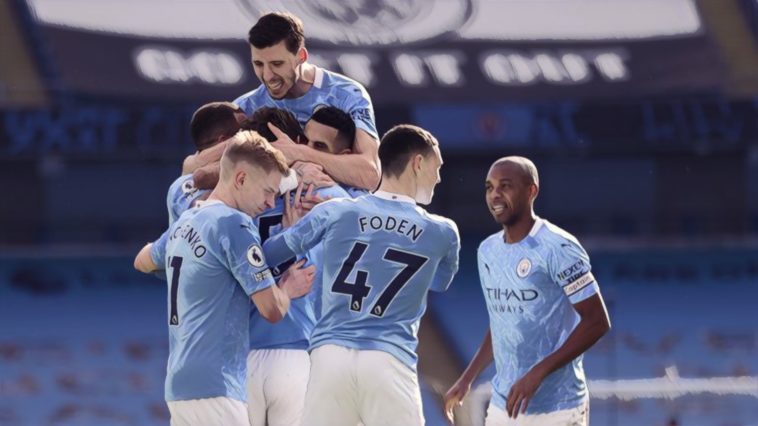 Manchester City could be on the precipice of history following their 2-1 win over West Ham at the weekend.

That’s because Pep Guardiola’s men secured their 20th win on the bounce with the narrow victory over the Hammers, the longest winning run by a Premier League club in all competitions.

It might be a record for an English club, but how does it compare to the very best in European football?

Benfica hold the record for longest winning streak by a European side, winning 29 straight matches between 1972 and 1973. That target might be a step too far for Man City, but the record for Europe’s top five leagues is certainly within reach.

The longest ever winning runs in Europe’s big five leagues:

By 2015 Paris Saint-Germain’s dominance over French football was well established. They had already completed a domestic treble and quadruple, and a 16-game winning run set them on their way to winning another four trophies in 2015/16.

PSG were not the first French side to win 16 consecutive matches in all competitions, though. That honour belongs to Bordeaux, who were coincidentally also managed by Laurent Blanc at the time.

Les Girondins won their final 11 matches of the 2008/09 campaign to march their way to the Ligue 1 title. Their record-breaking streak also included their Coupe de Ligue final victory, a win in the Trophée des Champions, and the first three games of the following campaign.

A certain Marouane Chamakh was their joint-top goalscorer that season, finding the net 13 times. The squad also featured familiar names in David Bellion, Gabriel Obertan, and Alou Diarra, who have all played in the Premier League.

The longest winning runs in English football, from the 19th century to the present day

Pep Guardiola’s incarnation of Barcelona is generally considered as one of the most unstoppable, unbeatable teams in modern football, but they were never able to emulate the winning record set by Frank Rijkaard’s heroes in the 2005/06 campaign.

Between 21 September 2005 and 26 January 2006, Barça went unbeaten for 26 consecutive matches in all competitions. Within that was a winning streak that lasted 18 games, 13 of which were in La Liga, to in the Copa del Rey and another three in the Champions League.

The run was ended in the cup by Real Zaragoza, who won 4-2 in the first leg. Barcelona, though, would go on to secure a league and Champions League double, only the second time they had ever achieved that in their history at the time.

The rarified air with which Manchester City are sharing on this list just goes to show how impressive they have been this season. There will always be the faint cloud over their achievements this season given the pandemic, but they still have to go out and get the job done. And they have had no problem doing that in recent months.

Since their unexpected 1-1 draw with West Brom at home on 15 December 2020, Man City have won every single one of the 20 matches that followed. It began with a narrow 1-0 win over Southampton and has seen them speed ahead of the chasing pack at the top of the Premier League table.

⭐ 20 straight wins in all competitions for Man City

That run has also seen City advance to the League Cup final and beat Borussia Mönchengladbach in the Champions League. Their statistics are also incredibly impressive; they have conceded just seven goals in that period, and have only gone behind once – to Cheltenham Town in the FA Cup.

An historic season beckons for the Blues.

Real Madrid’s greatest ever winning run came during a season where they won no major trophies, if we’re discounting the Uefa Super Cup and Fifa Club World Cup here.

Los Blancos lost two of their opening three league games in the 2014/15 campaign, but bounced back immediately with a 5-1 win over Basel in Europe and an 8-2 demolition of Deportivo La Coruña. They proceeded to win the next 20 matches; 12 in La Liga, six in the Champions League, two in the cup and two in the Club World Cup.

Despite this incredible run of form between September and February, Real finished second, two points behind Barcelona in the league table, a 2-1 defeat to their rivals in March proving decisive.

The Bavarians lost two of their first three matches under the interim coach, but following that mini dip they only failed to win one match between then and the end of the season: a 0-0 draw with RB Leipzig.

From that point on Bayern were quite literally unstoppable, winning 23 matches on the spin. Flick’s side romped to an eighth consecutive Bundesliga title, won the DFB Pokal, and claimed a sixth Champions League trophy.

Bayern didn’t lose again until the second match of this season, falling to a shock 4-1 defeat to Hoffenheim on 27 September 2020.

Read: Have people been too hasty in criticising Liverpool’s Thiago Alcantara?