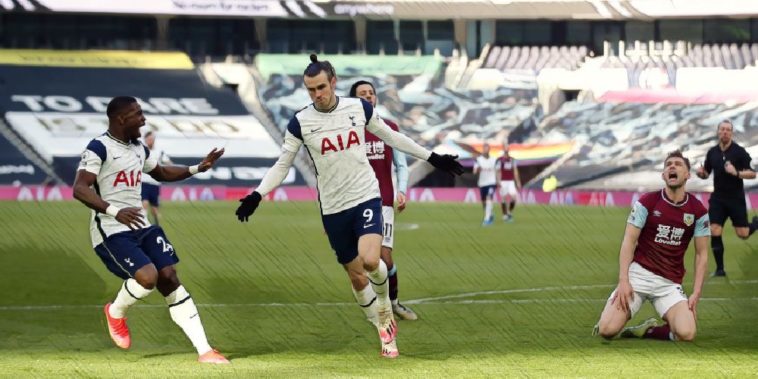 The latest round of Premier League action saw Manchester City continue to swat aside the rest of the competition, whilst a certain summer signing for Spurs burst into life with his best performance of the campaign so far.

Liverpool’s wretched recent run ended with a win at struggling Sheffield United, whilst both Arsenal and Aston Villa secured impressive victories on the road after winning at Leicester and Leeds respectively.

Fulham will feel unfortunate not to have come away from Crystal Palace with all three points this weekend, having dominated the contest without finding a breakthrough in a goalless draw against the Eagles at Selhurst Park.

Much of the visitor’s shooting was wasteful in the opening period before testing Vicente Guaita in the second, the Spanish shot-stopper making four saves including a brilliant piece of goalkeeping to deny Josh Maja from close range.

The save secured Palace a point and halted Fulham’s charge towards safety, the Cottagers unbeaten in five but remaining three points adrift of safety.

Liverpool returned to winning ways with a morale-boosting 2-0 win at Sheffield United on Sunday, the champions making light work of the struggling side to end a run of four consecutive defeats.

Central to an efficient performance from the Reds was Trent Alexander-Arnold who was a constant threat throughout at Bramall Lane, the full-back looking closer to his best in a display full of creativity and attacking intent.

The 22-year-old completed more passes than any other player and created three chances, whilst he managed three shots on goal in a performance full of enterprising forward running.

Heavily involved in everything. 👏 pic.twitter.com/PPraEGwAgF

There were encouraging signs as the England international looked nearer to his best level, and a fit and firing Alexander-Arnold will be a huge boost to Liverpool’s hopes of securing a top-four finish and Champions League qualification.

The first of three centre-backs in our back five formation, Davinson Sanchez produced his best performance of the season as Tottenham returned to winning ways by thrashing Burnley in north London.

Sanchez has struggled to convince since a big-money move from Ajax three-and-a-half years ago, but performances such as this provide a reminder of just why the Colombian was so sought after by Europe’s elite.

The 24-year-old was excellent alongside Toby Alderweireld in a commanding display against the Clarets, making a superb sliding challenge to deny Jay Rodriguez early on and leading his side with a huge 11 aerial duels won.

Sanchez was imposing throughout and also made two tackles and nine clearances, and whilst there will certainly be more difficult challenges ahead this was a positive performance from a player who could yet force his way back into the side on a more permanent basis.

Refereeing controversy and fluffed penalties dominated the headlines following West Brom’s 1-0 win over Brighton, a result which boosted the struggling side’s faint hopes of a late surge to survival.

In the midst of the drama was a dominant display from Kyle Bartley, who showed his leadership once again to lead the backline superbly and proved his side’s match-winner after rising highest to head home the only goal of the game.

Bartley has had his fair share of critics since signing for West Brom, but he was a man-mountain here in a performance that underlined his importance to the Baggies.

Manchester City’s defensive duo of John Stones and Ruben Dias have won plenty of plaudits for their solidity this season, though turned up at the opposite end when it mattered to become match-winners for the league leaders against West Ham.

Stones’ fine finish secured a 20th consecutive victory for Man City and continued a wonderful season for the centre-back, who is playing full of confidence and surely set for a prominent role with England in the coming months.

Stones and Dias have now incredibly scored two more goals than they have conceded in the 16 games they have started together this season, the title charge of Pep Guardiola’s side built on the division’s best centre-back pairing.

Another inclusion in our Team of the Week for Shaw who continues to impress with each performance, the left-back once again arguably Manchester United‘s best performer in the Red Devils’ goalless draw at Chelsea.

Shaw’s positioning was excellent and he made an outstanding early intervention to deny Olivier Giroud, whilst his forward threat was again evident as he pushed high up the left to provide the visitors with an outlet.

Shaw provided three chances and his performance showcased just why he has eclipsed Chelsea counterpart Ben Chilwell as the Premier League’s best English left-back this season, leading the division for chances created amongst defenders and ranking seventh amongst all players.

Dean Smith rotated his options in midfield for the clash and handed teenager Jacob Ramsey just his second Premier League start, the academy graduate trusted ahead of the more experienced Ross Barkley and vindicating his manager’s show of faith.

Ramsey carried the ball confidently and brought energy to the centre of the side, the youngster completing 100% of his dribbles and trailing only John McGinn for passes completed amongst his Villa teammates.

Smith has high hopes for the 19-year-old who now looks ready to make an impression at this level, his performance having handed the Villa boss food for thought as he considers his options for the midweek trip to Sheffield United.

Liverpool’s injury nightmare this season has wrecked any hope of a title defence, though the silver lining could perhaps be in the additional minutes that have been afforded to Curtis Jones as a result.

The academy graduate featured sporadically last season but made his 19th start of the season in all competitions against Sheffield United this weekend, capping another strong showing with a fine finish to open the scoring at Bramall Lane.

Jones’ goal was his first in the Premier League this season and reward for a display in which he broke forward well from midfield, the 20-year-old a player who can join the attack and produce when handed opportunities in the final third.

20 – Aged 20 years and 29 days, Curtis Jones is the youngest Liverpool player to score away from Anfield in the Premier League since Raheem Sterling against Burnley in December 2014 (20y 18d). Breakthrough. pic.twitter.com/T7AvxhaJPZ

Perhaps yet to find his best role in the side, there are nonetheless makings of a fine footballer in the England U21 international who seems capable of growing in influence and importance to this side.

It’s fair to say that Gareth Bale’s second spell at Tottenham has failed to deliver on the fanfare that greeted the news of his return last summer, but at long last this was a glimpse of Bale back to his brilliant best.

The Welshman has shown signs of his old self in recent performances after a disappointing loan to date, but this was by far his best performance in a Spurs shirt for more than seven years.

Bale opened the scoring after just 68 seconds after timing his run behind the Burnley defence to perfection, before playing an exquisite long pass into the path of Harry Kane for Spurs’ second.

The 31-year-old was involved again for the home side’s third goal before netting his second with a delightful bending finish in off the post, Bale looking confident, classy and clinical.

Cuts in from the right. Pings it in with his left. Vintage Bale 💥 pic.twitter.com/3LwWTiWgJp

It’s taken some time but this was a complete attacking performance from Bale and Spurs will hope this is just the start for the summer signing. After a difficult period, the prospect of Bale, Kane and Son all fit and firing offers huge hope ahead of the run-in.

We’re cheating slightly here with the inclusion of two right-wingers on our flanks, but it’s difficult to overlook the contribution of Nicolas Pepe this weekend who produced arguably his best performance in an Arsenal shirt.

The Ivorian gave Leicester teenager Luke Thomas a torrid time with the youngster having to be substituted, though the more experienced Ricardo Pereira also had little answer for the winger’s speed and skill after being swapped flanks to deal with Pepe’s threat.

The 25-year-old was involved in all three goals and won the free-kick that led to Arsenal’s equaliser at the King Power Stadium with some quick feet on the edge of the penalty area, before his shot was handled by Wilfred Ndidi for a penalty that was converted by Alexandre Lacazette.

Nicolas Pepe makes it 3-1 to Arsenal!

A clever assist from Willian to finish a quality move 👊 pic.twitter.com/NoRAZN2eCc

Pepe completed the scoring from close range to seal a 3-1 win and all three points for Arsenal, in what ranks as possibly the Gunners’ most impressive performance of the season.

After five defeats in their past six fixtures Spurs ended that run in emphatic fashion against Burnley, thrashing the Clarets 4-0 in north London in a performance that eased the growing pressure on Jose Mourinho.

Mourinho’s pragmatic approach has received plenty of criticism, and his decision to go with an uncharacteristic attacking line-up paid dividends and could prove a turning point in the club’s season.

Spurs front four of Gareth Bale, Son Heung-Min, Lucas Moura and Harry Kane were in devastating mood and it’s the latter who spearheads our Team of the Week, the England captain netting his 14th league goal of the campaign with a powerful finish after being released by Bale.

The fluidity and threat of the club’s attacking options was a major positive and it was Kane who linked it all leading the line, the 27-year-old picking out some wonderful passes throughout and finding himself unfortunate not to add to his tally after working a number of shooting opportunities.