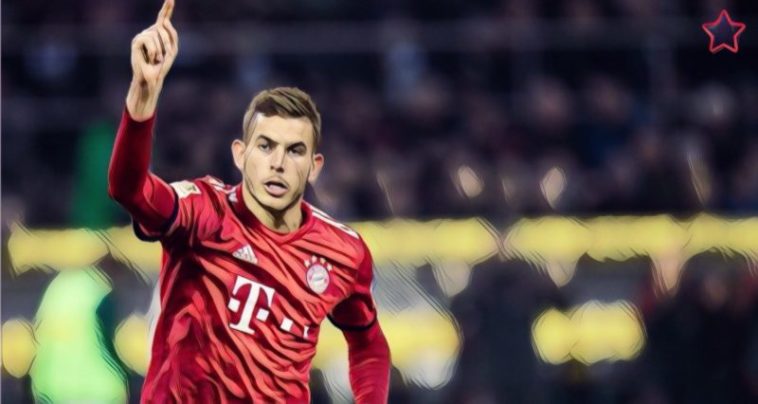 Germany’s Bundesliga clubs broke their record transfer spend in the 2019 summer transfer window, with the 18 clubs splashing out around £670m on new talent.

Notable arrivals to the division included the likes of Atletico Madrid defender Lucas Hernandez and Barcelona’s Philippe Coutinho, whilst stars such as Benjamin Pavard, Mats Hummels and Thorgan Hazard transferred between divisional rivals.

Following another summer of spending, where do the new additions rank in terms of the Bundesliga’s biggest ever buys?

Here are the six most expensive signings in Bundesliga history, and it’s a list unsurprisingly dominated by one club:

The powerhouse midfielder had spent four impressive years in the Bundesliga with Bayer Leverkusen before departing for Serie A and Juventus, before Bayern Munich opted to bring the Chilean back to German football in a €37m deal n 2015.

Three seasons in Munich would deliver three successive Bundesliga titles, with Vidal bringing tenacity to his role as a box-to-box midfielder.

He would also win one German Cup and two German Super Cups, scoring 22 goals in 123 appearances for the club before leaving for Barcelona in 2018.

Having been a key figure in the Dortmund side which won back-to-back Bundesliga titles in 2011 and 2012, emerging star Götze shocked the club in 2013 by announcing he would be leaving for rivals Bayern Munich.

The timing of the announcement sparked anger and came on the eve of the club’s Champions League semi-final with Real Madrid, with the news that the Dortmund starlet would defect for the Bavarian giants.

Götze’s decision was in part due to the arrival of Pep Guardiola as manager in Munich, though the attacking midfielder struggled to establish himself as an undisputed first choice. Three seasons at Bayern brought three successive titles, though having found himself on the periphery and returned to Dortmund in 2016.

Gotze looks like he will never quite fulfil that early promise, although he can console himself with having scored the winning goal in the 2014 World Cup.

Since his arrival from La Liga seven years ago, Martinez has won a host of trophies in Munich, including seven successive league titles, four German Cups and the 2013 Champions League.

Now 31, he continues to play an important role in the Bayern squad, with his ability to be equally adept in central midfield or at centre-back proving invaluable.

Despite boasting a wealth of midfield talent, serial Bundesliga winners Bayern Munich once again broke the league’s transfer-record in 2017, as Lyon midfielder Tolisso moved to Munich in a deal worth up to €47.5m in 2017.

The 25-year-old scored 10 goals in 40 appearances during his debut season at the club, before a ruptured cruciate ligament injury hindered his progress and saw him miss the majority of the 2018/19 season.

An athletic box-to-box midfielder who is comfortable in a variety of midfield roles, Tolisso will hope to re-establish himself in the Bayern side this season as the club seek a record-extending 29th league title.

The 23-year-old played a key role as France were crowned world champions in 2018 and had impressed  in La Liga during his time in the Spanish capital, also helping Diego Simeone’s side to the 2018 Europa League.

Comfortable centrally or at left-back, he bolsters a defensive line already including the likes of Niklas Süle and Jerome Boateng and will be looking to establish himself as a leading figure in Niko Kovac’s side.

A knee injury delayed his start to life in Munich but having now returned to full fitness, will be hoping to make a major impact following his arrival in Germany.

Read: How Borussia Dortmund came back from the brink to return to the top of German football