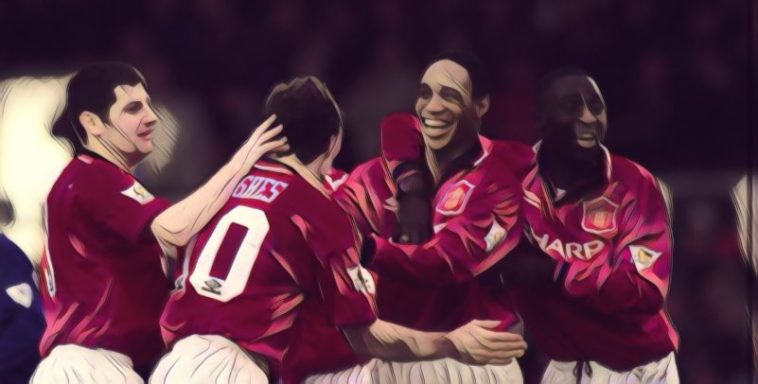 The worst kind of defeat is a humiliating one. For all the Premier League prides itself on its competitiveness, history tells us there are occasions when the playing field simply isn’t level.

Free-flowing attacks and defences that continue to capitulate, there’s nothing quite like when the flood-gates open for a genuine thrashing. Pride can be taken from some defeats, but certainly not from any of these.

Today was such a day, with Man City responding to last weekend’s shock defeat to Norwich by destroying Watford 8-0 at the Etihad, and in all honesty, it could easily have been 14-0, so easy was it for the reigning champions.

Man City’s win today is now amongst the six heaviest defeats handed out in Premier League history, here’s a look back at the other five…

The life of a Sunderland fan has been a grim one in recent seasons, with successive relegations becoming the storyline for an excellent Netflix documentary detailing the clubs failures. Rewind five years and this humiliation was perhaps the start of all that was to come.

In October 2014, struggling Sunderland travelled to face high-flying Southampton, only to return to the North East with their tails firmly between their legs. Graziano Pelle scored twice for the dominant hosts, with Sadio Mane, Dusan Tadic, Victor Wanyama and Jack Cork also finding the net.

Santiago Vergini and Liam Bridcutt also netted own goals as the Black Cats were hit for eight on the South Coast.

With the Premier League title race going down to the final day, Chelsea needed to beat Wigan to become champions and if there were nerves at Stamford Bridge, they certainly did not show.

The Blues were crowned champions in emphatic fashion, Didier Drogba hitting a hat-trick whilst Nicolas Anelka (2), Frank Lampard, Solomon Kalou and Ashley Cole also found the net as Carlo Ancelotti’s side secured their first title since 2006.

The win saw Chelsea finish one point clear of runners-up Manchester United, and the club later secured their first League and FA Cup double by beating Portsmouth in the final at Wembley.

Another thrashing for Wigan, who feature for the second time on our list of heaviest defeats.

The Latics travelled to London to face Tottenham, and headed back North following a truly resounding defeat.

It was the Alan Shearer show in Sir Bobby Robson’s first game in charge at St James’ Park, with the Newcastle legend hitting five in an eight goal thrashing of bottom-club Sheffield Wednesday.

Aaron Hughes, Kieron Dyer and the late Gary Speed also found the net, in what was surprisingly Newcastle’s first league win of the season.

Shearer would go on to score 23 league goals as he finished runner-up to Kevin Phillips in the race for the golden boot, whilst Wednesday were relegated following a miserable campaign.

The only nine-goal winning margin in Premier League history, Manchester United thrashed Ipswich Town in a ruthless display at Old Trafford in March 1995.

United had broken the English transfer record to sign Andy Cole for £6m in January, and the forward began to justify his price tag with a sensational display.

Roy Keane opened the scoring for United, before Cole became the first player in the league’s history to score five times in a single game. Welsh forward Mark Hughes netted a brace, with Paul Ince also getting on the scoresheet.

United would end up being pipped to the title by just a single point, with Blackburn Rovers being crowned champions on the final day of the season. Ipswich would finish bottom of the division, having conceded a league high 93 goals.