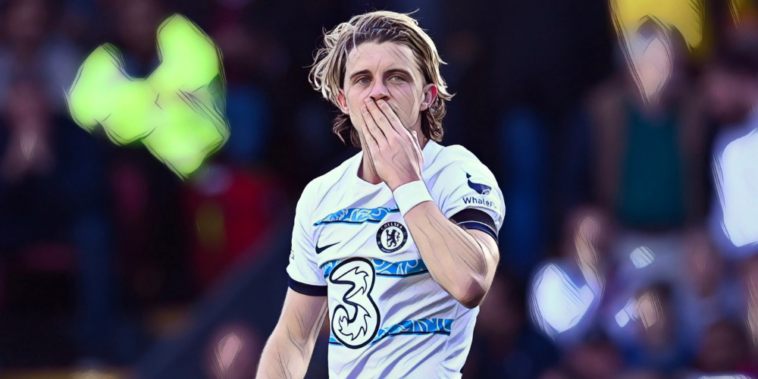 Haaland has supercharged the champions

Manchester City might not be top of the current Premier League table, but there’s little doubt that Pep Guardiola’s side are the team to beat this season. That sentiment might also ring true in the Champions League, with the arrival of Erling Haaland having supercharged City.

The question marks over how Haaland would integrate into this side are no more, with his start in City colours having exceeded the wildest expectations. This weekend Haaland was on hand with a hat-trick as City obliterated Manchester United in a one-sided derby destruction, as he claimed the match ball for a third consecutive home Premier League fixture.

Haaland has shown already this season that it matters little how involved he is in games, or even how City play as a whole – he will still score goals. When on-song as the champions were this weekend however, it’s a frightening prospect for the rest of the division.

He’s the phenomenon who chose the Premier League and should be savoured whilst he’s here.

Scamacca can get Hammers’ campaign up and running

Gianluca Scamacca has had to be patient for his chance at West Ham this season, an odd quirk given the Hammers were the joint-lowest scorers in the Premier League before this weekend.

David Moyes threw the summer signing in against Wolves as he looked to kick-start the Hammers’ season, with West Ham marooned in the bottom three. One wayward free-kick aside, Scamacca proved a handful for the visitors and appears to have that knack of chances falling his way.

He took less than 45 minutes to open his account with a thumping strike from the edge of the area, a goal which set West Ham on their way to a much-needed 2-0 win at the London Stadium.

The Italian has started six games for the east Londoners so far this season – four in the Europa Conference League and two in the Premier League – and West Ham have won all six. He has four goals in those games and Moyes must place his faith in the £30.5m forward for an extended period.

Graham Potter has insisted that Conor Gallagher will be given a chance at Chelsea, as the midfielder looks to overcome a challenging start to the season.

Since returning from a successful loan at Crystal Palace his opportunities have been limited, while early performances – overran in the loss at Leeds before an early red card against Leicester – have been far from perfect.

His struggles saw Gallagher excluded from the England squad last month and he faces a fight to make the plane to Qatar for next month’s World Cup. However, the 22-year-old issued the perfect response with his first Chelsea goal this weekend, a brilliant late winner against his former side at Selhurst Park.

It was a goal of real quality from Gallagher and an example of the finishing skills he showed at Palace last term. He will now hope for a chance in an advanced role for the west Londoners, one which can make the most of his relentless running and sharpness around the area.

Trent Alexander-Arnold was under the microscope once again this weekend, following his high-profile exclusion with England.

Jurgen Klopp gave a passionate defence of the Liverpool right-back on Friday, criticising the narrative that Alexander-Arnold is a poor defender and opening up on his system and its requirements.

Klopp is accepting of the 23-year-old’s flaws and insists that his unique creative gifts more than compensate, though the German will have been frustrated after another lacklustre performance from his team.

Liverpool were overwhelmed by Brighton and Alexander-Arnold was targeted, as first Leandro Trossard and then Kaoru Mitoma took delight in driving at the Reds’ right-back. The England international was arguably at fault for each of the opening two goals, with the poor form of Virgil van Dijk and Jordan Henderson only adding to the struggles of Alexander-Arnold this season.

At his best he is irreplaceable to Liverpool, but Alexander-Arnold – like most of his teammates – is a million miles off that standard at present.

Conte gets it wrong

Antonio Conte discussed the prospect of a midfield three against Arsenal, after the switch had helped Spurs shine in the win over Leicester before the international break.

Vulnerable early on against the Foxes, Yves Bissouma’s introduction steadied Spurs and allowed Conte’s team to get a grip on the game. It was expected that Bissouma might come in from the start this weekend, but he was instead forced to watch on as Arsenal dominated the North London Derby.

Rodrigo Bentancur and Pierre-Emile Hojbjerg were overrun against Arsenal’s midfield three, with Oleksandr Zinchenko stepping in from his left-back role to create an even greater numerical advantage.

Antonio Conte really made four subs in one go 😅 pic.twitter.com/ciFtC1yYJo

Spurs have struggled for control in games against the top teams and with his side poor on the counter at the Emirates, it left the visitors with little chance of a positive result. With his game-plan undone and Emerson Royal sent off, Conte proceeded to take off his attacking players for more defensive-minded options in a bid to rest his team for the Champions League and avoid embarrassment.

In Spurs’ biggest game of the season, it was a white flag that will not have pleased the travelling support.