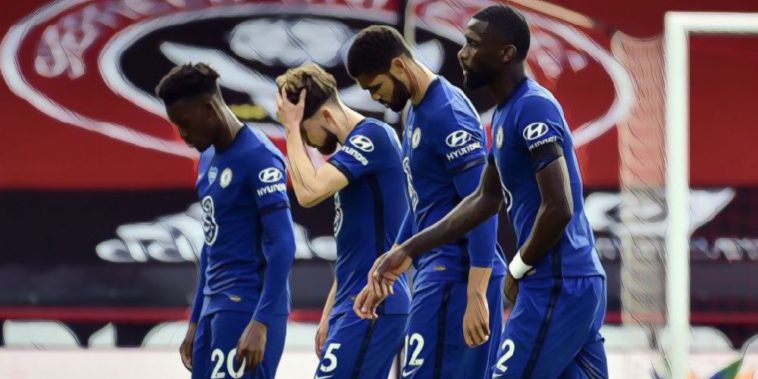 With the new Premier League season only less than a month away, we look back at the previous campaign and use the expected goals metric to see which teams underperformed the most and what it means for next season.

We’ve already taken a look at the biggest so-called overachievers in the Premier League from last season, so this time we are turning our attention to the underachievers.

As we did previously, we will take each club’s actual table position and their final points tally and compare it with what Understat’s expected points model says they ‘should’ have ended up. This will give us the teams who did worse than their performance suggested.

Ah, Everton. The perennial underachievers. Always on the cusp of maybe making a breakthrough, but never actually following through on it.

With the talent they have at their disposal, they should definitely be finishing higher than twelfth, but its perhaps not entirely surprising they didn’t meet expectations after changing manager halfway through the campaign, ending up with 6.78 points less than the model expected.

Carlo Ancelotti did seem to improve the Toffees after succeeding Marco Silva, although their performances since the restart were far from inspiring. They should have at least one more point this season after an incorrect VAR decision led to Brighton’s penalty winner back in October – one of the very rare occasions in which fault was admitted by the Premier League.

If there is any indication that Graham Potter has improved Brighton it could be in the fact that the model says they’re performance suggests they should have avoided relegation in a more comfortable manner than they did – by seven points to be precise.

The Seagulls manager now has a good platform to build upon and take his team up another level. While their defence supposedly overperformed, their attack was not as prolific as the underlying numbers suggest. If they improve their finishing, they could look pretty good in 2020/21.

To the untrained eye there was little separation between Chelsea, Leicester and Man United, but the underlying numbers suggest the Blues were clearly the third best team in the top flight last season.

The south west London outfit were let down by their defence, despite having some pretty good defenders. There were two reasons for this: their goalkeeper, Kepa Arrizabalaga, was atrocious; their own tactics put constant pressure on the backline.

Frank Lampard wants his team to press consistently during a match, playing a highwire act that can produce many goals – at both ends of the pitch. His team were incapable of controlling matches, and it became apparent that opposition sides could frustrate them by relinquishing possession.

So while Chelsea’s talent level was better than their final points tally suggests, their tactical approach is probably doing more harm than good.

Had Norwich City won the 12 extra points Understat thinks they should have won, it still would not have been enough to avoid relegation, but it would at least have put a different gloss on their campaign.

It was obvious post-lockdown that the Canaries had no self-belief and quickly became the league’s punching bag as they drifted back towards the Championship. Depending on how many changes are made to the squad, we expect to see them back in the top tier fairly soon.

The biggest, and most impactful difference between actual and expected points will be almost too much to bear for Watford fans, as it will come as no consolation to them they were definitely ‘too good’ to go down.

Understat says they should have had a whopping 14 points more than they eventually finished the season with, which would have taken them out of the dropzone and all the way up to 14th.

With talent such as Ismaila Sarr, Gerard Deulofeu, Danny Welbeck, Abdoulaye Doucoure and Troy Deeney in their squad, there’s no way they should have been relegated ahead of the likes of Aston Villa, Newcastle United, or West Ham. But that’s what happens when you sack three managers in a single campaign.