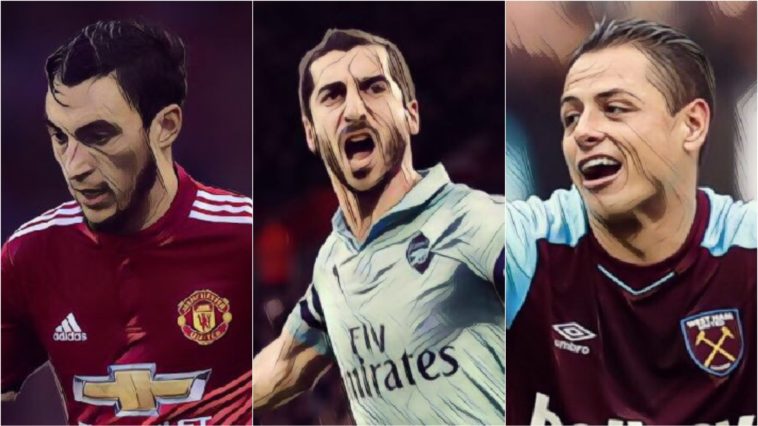 A rundown of all of the major Premier League transfers on European Deadline Day, including Henrikh Mkhitaryan’s surprise move, Man United moving on another underperformer, and Bobby Duncan getting his much desired move away from Liverpool.

You thought it was all over? Well, it is now.

While English professional football has dispensed with the usual transfer deadline day at the end of summer, moving it forward to the first week of the season, just about every other European country still abies by it.

That’s a whole other month for clubs around Europe to get their business done, but it also gives Sky Sports a third deadline day to get excited about. Whose bright idea was that?!

It’s been a tough few years for the Armenian in England, as moves to Arsenal and Manchester United didn’t quite work out. He’s now in Italy where he’ll play for the home of Premier League castoffs, Roma, although he doesn’t exactly look thrilled about it.

The clearout continues. The Italian full-back is the sixth first-team player to be sent away this summer.

With Sebastien Haller making such a big impact for the Hammers already, there’s no room for Javier Hernandez. He’s gone back to LaLiga, where he joins Sevilla.

After all the drama of the past week, Bobby Duncan has gotten his desired move away from Liverpool.

Bobby Duncan set to join Fiorentina today after they increased their offer to €2million. #LFC will also have a 20% sell on clause. Full details to follow on @TheAthleticUK

The academy striker pushed so badly to make his “dream” come true and move to Anfield from Man City just last summer, but after scoring 25 goals for the youth side last season, the 18-year-old wanted to be anywhere but. He will now play in Serie A with La Viola.

The former Tottenham Hotspur and Swansea City striker waited until the last possible moment to do so, but Fernando Llorente has found his new club in Naples, Italy.

Just over a week since he was sent off for a shocking challenge against Southampton, Florin Andone has been sent on loan to Turkey. That move is good news for Irish football fans, as Aaron Connolly will now become the third choice striker at Brighton.

Galatasaray confirms the signing of Florin Andone from @OfficialBHAFC on a temporary move.

The Bosnian goalkeeper has fallen way down the pecking order at Bournemouth, with Eddie Howe not including Begovic in the matchday squad for any of the club’s matches so far this season. His loan deal lasts until January, when he will presumably look for a permanent deal away from the south coast.

The Manchester United defender has moved to the Wirral to get some minutes under his belt. He has made 14 appearances for the Red Devils, but the last of those came in May 2016.

✍️ #TRFC are delighted to announce the loan signing of Cameron Borthwick-Jackson from @ManUtd until the end of the season.

There will be, as it stands, three outgoings from Chelsea today: Kenedy to Getafe, Baba Rahman to Real Mallorca and Piazon to Rio Ave (all loans).

No plans for Batshuayi to leave #cfc

Beyond the Premier League

Martin Skrtel has his contract at Atalanta cancelled.

The former Liverpool defender was only at the club for one month and made exactly zero appearances.

The Italian club, who are set to face Manchester City in the Champions League this year, have lined up Sevilla’s Simon Kjaer on loan as his replacement.

Falcao leaves the peaceful surrounds of Monaco, moves to the madness of Istanbul

Like seemingly every European footballer of a certain vintage, Radamel Falcao is trying out Turkish football. And just look at the reception he got form the Galatasaray fans:

This is how 25,000 Galatasaray fans greeted Radamel Falcao as he touched down in Istanbul 🙌🔥🇹🇷 pic.twitter.com/FD8zlX0zyg

The Costa Rican’s days at the Bernabeu have been numbered ever since Thibaut Courtois shuttled in from Chelsea last year, despite the fact it is believed manager Zinedine Zidane prefers Navas. The goalkeeper averaged a trophy every 12 games in Madrid. Not a bad ratio, as Tim Sherwood would say.

The Icardi soap opera finally moves on from Inter Milan

An undoubtedly talented individual, but the Argentine brings a whole lot of baggage and drama to a dressing room that already has Neymar in it. Get the popcorn ready.

Breaking | Mauro Icardi has signed his contract with PSG. (C+)

Despite conceding a million goals for the Cottagers in the Premier League last season, Sergio Rico has bagged himself a loan move to Paris from Sevilla, his parent club.

Welcome to the capital 😉🎂