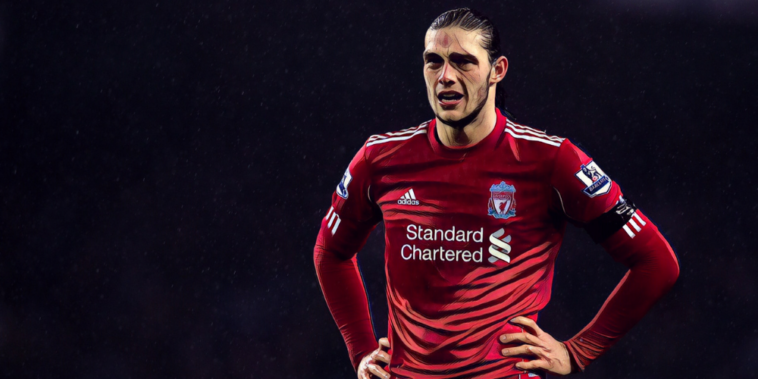 It’s that time of the year again with clubs up and down the land scrambling around to finalise their last pieces of transfer business.

Supporters will be eagerly awaiting any news of potential arrivals and departures, with deadline day having evolved into one of the most hotly-anticipated events on the football calendar.

However, while there have been some absolutely cracking deadline day deals over the years, not every piece of last-minute Premier League business has worked out so well.

Having just guided Everton to a top-four finish, David Moyes was desperate to strengthen his squad as the club prepared for Champions League football.

The Merseysiders secured an £8m deal for Inter Milan winger Andy van der Meyde, a Dutch international who had previously shone in an Ajax side containing the likes of Zlatan Ibrahimovic and Rafael van der Vaart.

The move proved to be a disaster however, as injuries and off-field problems hampered Van der Meyde’s career at Goodison Park, with a red card in his first Merseyside derby against Liverpool a particular low point.

"I played for Everton for four years… it was sh*t. There were only two players who could play football."

In four seasons he made just 20 league appearances as alcohol issues and personal problems curtailed a once-promising career.

Middlesbrough were struggling to avoid relegation in 2008 and in a desperate search for goals, secured the signing of Brazil international Afonso Alves from Dutch side Heerenveen.

Alves had been prolific in the Eredivisie, scoring 45 goals in just 39 league appearances before his £10m move to Teesside. The signing was eagerly anticipated, but the forward struggled to adapt to English football.

He scored just 10 Premier League goals in two seasons at ‘Boro before leaving for Al-Sadd after the club were relegated to the Championship at the end of his second campaign.

A player who moved for a relatively modest fee, but one whose transfer was perhaps one of the least popular in Liverpool’s recent history.

Roy Hodgson had arrived at Anfield in 2010 with his own appointment unpopular and with the club in the midst of a dark period of ownership under American duo Tom Hicks and George Gillett, transfer recruitment was limited.

Hodgson decided to bring full-back Konchesky with him from Fulham, though the move proved a huge failure. The left-back failed to impress, whilst his mother’s decision to brand the club’s fans as ‘Scouse scum’ after criticism of his displays proved to be wholly unwise.

After just 18 appearances he was deemed surplus to requirements and sent on loan to Championship club Nottingham Forest.

Six of the most hated owners in Premier League history

The Spanish striker had established himself as one of Europe’s finest forwards during a prolific three-and-a-half-year spell at Anfield, with Chelsea breaking the British transfer record to sign Torres from their Premier League rivals in January 2011.

Torres had scored 65 goals in just 102 league appearances for Liverpool, but having struggled towards the end of his time on Merseyside his fortunes only worsened at Stamford Bridge.

It took him 903 minutes to open his Chelsea account and he never reached double figures for league goals in any of the three full seasons he spent in west London.

Despite his personal struggles he did achieve team success and silverware, winning the FA Cup and Champions League in 2012.

Having largely looked a shadow of the player who terrorised defences in the red of Liverpool, he was loaned out to AC Milan and Atletico Madrid before joining the latter permanently in 2016.

The aforementioned transfer of Torres saw Liverpool desperately seek attacking reinforcements, with their search taking them to Newcastle to sign Andy Carroll.

The towering forward had helped fire Newcastle to promotion the previous season and adapted seamlessly to the top flight as he hit 11 goals across the first half of the Premier League campaign.

That form persuaded Liverpool to splash a club-record £35m to bring Carroll to Anfield, though he struggled for form and fitness following his big-money move.

ON THIS DAY IN 2011: Perhaps the most amazing deadline double-deal ever.

A club-record signing, the Greek forward arrived at Fulham on deadline day in January 2014 for a fee of £12m.

Mitroglou had forged a reputation as a prolific goal scorer at Olympiacos, where he won four league titles and scored 81 goals in just 182 appearances for the club.

Steve Sidwell on his time at Fulham with Kostas Mitroglou 🗣 "This fucker, he did not stop eating. He was a big boy. Every time you saw him, he'd be walking round the training ground with a fucking protein bar." pic.twitter.com/VOZCDv6YfM

The move proved to be a major flop however, as Mitroglou made just three appearances and struggled with fitness issues at Craven Cottage.

Fulham were relegated at the end of the season, with the Greek international swiftly heading back to Olympiacos on loan without scoring a single goal for the club.

See also: Deadline Day Folklore: When Peter Odemwingie rocked up to Loftus Road only to get locked out