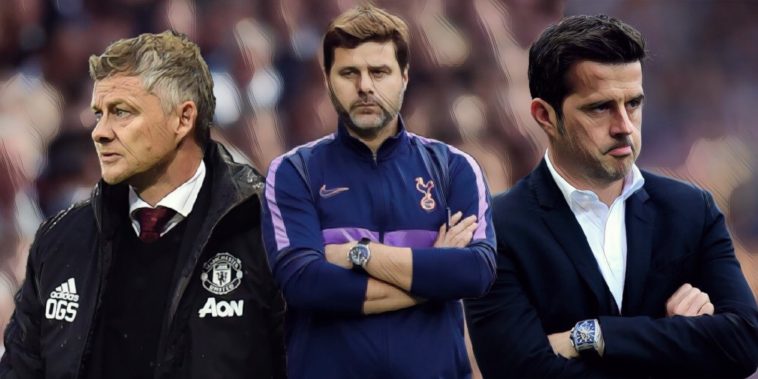 The Premier League’s sack race is starting to heat up once more, with a host of the division’s leading sides enduring torrid runs of form.

Watford’s Javi Gracia was the first man in the dugout to lose his job in the opening weeks of the season, though, with the second international break of the season already upon us, there are a number of contenders emerging as favourites to follow the Spaniard into unemployment.

Here are the five favourites to be the next Premier League manager to lose their job, and if you fancy a little flutter, you can compare the best football betting sites in the UK on BettingLounge.

Could Watford have the first TWO managerial casualties of the new season?

Following Gracia’s dismissal, the Hornets went back to the future, bringing in former manager Quique Sanchez Flores in a bid to steady the ship following a dismal start to the new season.

The Spaniard’s second reign at the club began with a promising performance in a 2-2 draw with Arsenal at Vicarage Road, though his objective to tighten up the club’s defensive issues seemed no closer following a humiliating 8-0 thrashing at Manchester City the following week.

Still winless and rooted to the bottom of the division four games into his tenure, results will have to start to improve sooner rather than later.

A wholly unpopular appointment upon his arrival at St James’ Park this summer, Bruce has faced an upward battle to prove himself to Newcastle‘s disgruntled supporters since taking the role at his boyhood club.

Bruce’s record of Premier League mediocrity – coupled with his time in charge at rivals Sunderland – saw Newcastle fans react angrily to his appointment as Rafa Benitez’s successor and instantly installed amongst the favourites for the axe.

A vital win over Manchester United prior to the international break lifted Newcastle out of the division’s bottom three, though Bruce will have to prove he can deliver consistent results to appease the fanatical Magpies faithful.

On his 23rd try. pic.twitter.com/r2fjkkEW6a

Rewind back to the start of the season and you would have been branded insane for suggesting Pochettino could be fired by Tottenham, the Argentine having led the club to a first-ever Champions League final despite being unable to make any new signings.

Despite being given investment during the summer, Spurs have begun the new season poorly and there appears to be a negative atmosphere surrounding the North London side.

Several key players have entered the final year of their contracts and look set for exits, and there is a feeling that the current side has reached the end of its cycle.

Some have suggested Pochettino feels he has taken the club as far as he can and could opt to leave, though having exited the Carabao Cup at League Two Colchester and suffered humiliating thrashings to Bayern Munich and Brighton, Daniel Levy’s patience could wear thin and make the decision for him.

Another of the Premier League’s leading sides appearing upon the verge of crisis, Manchester United have endured their worst start to a new season in 30 years.

Solskjaer’s side have won just twice in their opening eight league fixtures, though their performances are perhaps more concerning than their results.

Ole Gunnar Solskjaer has transformed #mufc's defence within one summer — per 38 games:

Statistically, the best defence in the league. pic.twitter.com/ydfGlhDTJ4

The Red Devils have churned out series of inept attacking displays, with the side seemingly lacking goals, creativity and imagination, leaving the Old Trafford faithful growing increasingly disgruntled.

Solskjaer’s status as a club legend may buy him time, though many feel the Norwegian is out of his depth managing at the very highest level.

The feel-good factor surrounding his appointment and the subsequent upturn in form as caretaker manager last December seems an eternity ago, and time could be running out for the 46-year-old to prove he can be the man to revive the club’s fortunes, despite Ed Woodward recently suggesting he will have patience with the former striker.

The odds-on favourite to be the next Premier League manager without job though is Everton’s Marco Silva, the Merseyside club having dropped into the relegation places following a dismal start to the new season.

Many predicted Everton would be the most likely side to gatecrash the top six this season following a summer of significant investment, having acquired the likes of Moise Kean and Alex Iwobi for substantial fees.

Instead, the Toffees appear to be going backwards, winning just two of their opening eight fixtures, with pressure on the Portuguese boss mounting.

Silva’s uncertain position is evidenced by a flurry of managers having already been strongly linked with succeeding him at Goodison Park, including the likes of Erik ten Hag and former Blues boss David Moyes.

See also – Six of the craziest career changes after football