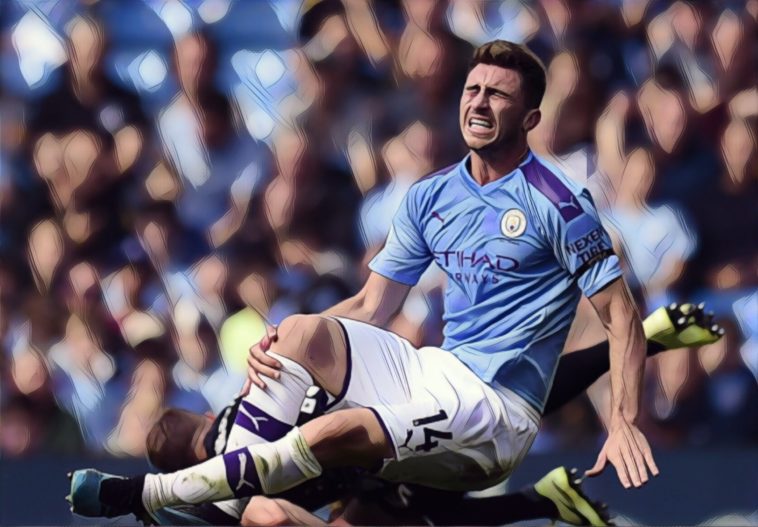 Almost a third of the way into the Premier League season and each side will now have a clear indication of their strengths and weaknesses, whilst the upcoming January transfer window will give teams an opportunity to address their shortcomings.

It remains to be seen whether the division’s leading sides opt to bolster their squads in the winter window, but we’ve decided to analyse where each of the top six needs strengthening.

The heart of Arsenal‘s defence has long been their Achilles heel, the club seemingly having failed to address a long-standing issue which has hampered their hopes of closing the gap to the division’s leading sides for several seasons.

Their lack of quality and leadership at centre-back has been a familiar flaw thats the club’s hierarchy have unforgivably overlooked in recent windows, with half-hearted attempts to plug the gap with signings such as that of inconsistent summer addition David Luiz.

Going forwards the Gunners are good enough to compete, but a lack of leadership and organisation has often cost them dearly, particularly away from home.

The signing of a commanding defender who can marshal their backline would go some way to improving their disappointing start to the season.

The emergence and integration of Chelsea‘s best academy prospects has seen Frank Lampard develop an exciting and well-balanced squad, though left-back remains an area that could certainly be strengthened at Stamford Bridge.

Marcos Alonso has fallen out-of-favour and often remains a liability defensively, and whilst Emerson Palmeiri has proved a competent successor to the Spaniard, he is perhaps not at the world-class level required to challenge at the very top end of the game having failed to provide a single goal or assist so far this season.

Leicester’s Ben Chilwell has been linked, though it would be difficult to prise the England international away from the King Power Stadium in mid-season, particularly given Leicester’s impressive start which has seen Brendan Rodgers’ side rise to second in the Premier League ahead of the international break.

Oh, and there’s also the matter of the club’s transfer-ban, with an appeal against their punishment set to be heard at the end of the month.

A difficult position for the league leaders to strengthen, given the quality of their current forward options and the likelihood of any new signing spending a significant amount of time amongst the substitutes.

Jurgen Klopp’s side currently possesses strength in depth in midfield, though Divock Origi has largely been their one established alternative to the trio of Mohamed Salah, Roberto Firmino and Sadio Mane, with Xherdan Shaqiri having struggled to remain fit and being tipped with an exit.

A multi-functional forward capable of playing across the frontline should be a key target, Bournemouth winger Ryan Fraser having been linked with a move to Anfield recently.

A Left-back could also be targeted, with midfielder James Milner still being utilised as an auxiliary deputy in the absence of Andy Robertson.

An oversight by the champions during the summer, one that has left the Premier League champions with a difficult challenge to retain their title for a third successive season.

The Manchester City manager opted not to replace departing captain Vincent Kompany during the past summer, though a long-term injury suffered to first-choice defender Aymeric Laporte has subsequently left Citeh short of defensive cover.

Guardiola has been left with two recognised central defenders in John Stones and Nicolas Otamendi, though neither have convinced the Spaniard in recent times and he has shown an obvious refusal to play the duo together.

Experienced midfielder Fernandinho has deputised in Laporte’s absence, though it is a position that is unfamiliar to the Brazilian and their lack of solidity has seen City fall nine points adrift of leaders Liverpool.

Linked with a move for Harry Maguire in the summer prior to his world-record move to rivals Manchester United, City could once again explore their defensive options in the winter window.

Ole Gunnar Solskjaer’s rebuilding job at Manchester United is still in its infancy, with the club still possessing an unbalanced squad that needs strengthening in several key positions.

Perhaps the leading criticism of their poor start to the season and been a lack of creativity and firepower, though the pace of a forward line containing Marcus Rashford, Anthony Martial and Daniel James has shown some promise which could be further unlocked by a better supply line.

The club’s current midfield options can often be work-man like and provide little goal threat, the industrious Scott McTominay their leading goalscorer from midfield with just two league goals so far, whilst the performances of Jesse Lingard and Andreas Pereira have fallen well below expectations.

The addition of a creative midfielder with an ability to play key passes would greatly benefit Solskjaer’s side, whilst an additional goal threat from a deeper position would improve a side that has scored more than one goal in just three Premier League fixtures so far this season.

Spurs decision to allow Kieran Tripper to move to Atletico Madrid without a viable replacement this summer was questioned by many, questions which have further intensified during the club’s poor start to the season.

The England international performed below his usual standards last season, though it is difficult to envisage that the 29-year-old’s delivery from wide areas would not strengthen Mauricio Pochettino’s current side.

In his absence, Serge Aurier has continued to show that for some promising performances he remains a capitulation waiting to happen, whilst Juan Foyth and Kyle Walker-Peters are yet to show they are at the level required either.

Spurs’ squad is in desperate need of a refresh and their transition could take some time, though the signing of a solid right-back would be a step in the right direction.

Read: Five of the best full-back pairings in the Premier League era