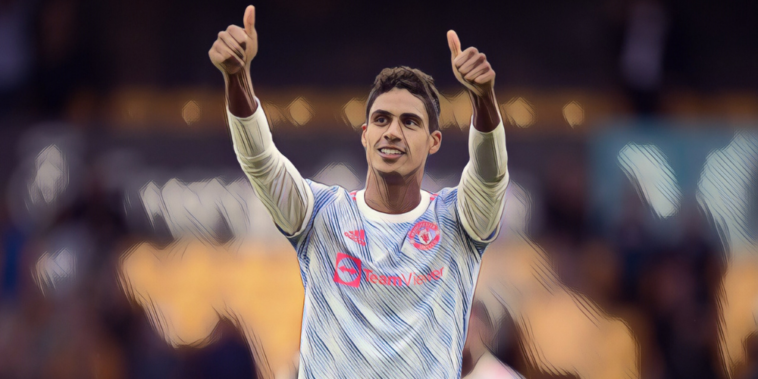 The summer transfer window has seen a number of expensive incomings across the Premier League, yet not all have been quite so successful with regards to their outgoings.

While some of the division’s top sides can spend more freely, others are forced to live within their means, the likes of Southampton, Brighton and Aston Villa all recording a profit due to their player sales, with the latter club’s impressive net spend helped by the £100m departure of Jack Grealish.

Even big spending Chelsea, who splashed out £97.5m on Romelu Lukaku, almost recouped that full transfer fee by moving players on, the exits of Tammy Abraham, Fikayo Tomori, Marc Guehi and Tino Livramento helping to balance the books after bringing in the Belgian international.

For others, however, whether it be a lack of players to move on or simply having enjoyed a more expansive transfer window, they have been left with a much greater net spend.

Let’s take a look then at the five top-flight club’s with biggest net spends this summer.

Usually the most proficient at making a profit on their star assets, Leicester City have had no real major departures this summer, with their focus all about bolstering an already talented squad.

A high profile player sale had become the norm in each summer window in recent years, with the Foxes making a tidy profit on a number of their key players, notably moving on Riyad Mahrez (£60m) to Manchester City in 2018; Harry Maguire (£80m) to Manchester United in 2019 and Ben Chilwell (£50m) to Chelsea in 2020.

The masters of the transfer market, Leicester have often wisely reinvested those funds in younger, up and coming talent, all while still remaining competitive, with Brendan Rodgers’ side narrowly missing out on the top four in each of the last two seasons.

Perhaps it is down to his and the club’s desire not to miss out again, yet none of the club’s star assets have been moved on, despite rumoured interest in James Maddison from Arsenal, with the FA Cup holders instead strengthening, rather than weakening, with five major signings.

With Ryan Bertrand joining his former Saints’ teammate Vestergaard on a free transfer and Ademola Lookman joining on-loan from RB Leipzig, the club have enjoyed a hugely impressive window without breaking the bank.

Another side not to make a penny from player sales this summer, West Ham United’s biggest triumph this season has been holding on to their key men, all while adding further depth to a squad that will no doubt be stretched this term due to the club’s Europa League commitments.

Despite rumoured interest from a number of the division’s top sides, the club have managed to ward off any interest in England international Declan Rice, with the promising midfielder looking set to stay at the London Stadium for another 12 months.

As for the club’s incomings, David Moyes and co have pulled off a major coup in securing the services of Chelsea defender Kurt Zouma for a fee in the region of £30m, while they’ve also bolstered their forward line with the signing of CSKA Moscow attacker Nikola Vlasic for roughly £25m.

The latter man will link up with fellow Czech internationals Tomas Coucek and Vladimir Coufal at the east London club, having been one of two deadline day arrivals alongside Vlasic.

One notable figure who did not come through the door before the window shut, however, was Jesse Lingard, the 28-year-old looking set to spend the season back in the Manchester United first-team despite impressing on loan for Moyes’ side last term.

Manchester City made just one major signing this summer – aside from Scott Carson’s return on a free – yet it proved to be the window’s most expensive, with Jack Grealish arriving for a British record transfer fee of £100m.

The club had looked set to eclipse that fee with a deal for England skipper Harry Kane in one of the longest-running saga’s of the summer, before their pursuit was ultimately shelved with Tottenham seemingly in no mood to part ways with their star asset.

Nevertheless, the champions have added Grealish to an already stellar squad and look in fine form once again this season, securing back-to-back 5-0 victories just prior to the international break, despite having missed out on a new centre-forward addition.

Equally, a few key departures have helped to soften the blow with regards to the former Villa man’s hefty fee, with Jack Harrison signing permanently for Leeds United after three successive seasons on-loan at Elland Road, while young striker Lukas Nmecha has joined Wolfsburg in a permanent deal.

At one stage there had looked to be a fair few more outgoings, with Pep Guardiola himself admitting a handful of his first-team stars were keen to leave, notably Bernardo Silva, yet the Portuguese midfielder has remained at the club, along with the likes of Raheem Sterling and Aymeric Laporte.

Perhaps they – or the club – had a change of heart, although as others have found, it is becoming increasingly difficult to move players on, particularly with the high wages proving a stumbling block for the cash-strapped European elite.

Like their neighbours, Manchester United have once again struggled to shift their fringe players, with the club notorious for failing to generate any real income from player sales.

In their history, the Red Devils have only moved on four players for more than £20m – Cristiano Ronaldo, Memphis Depay, Angel Di Maria and Daniel James – with the latter man’s departure towards the end of the window coming as something of a surprise, not least for the £25m fee that the club were able to get out of Leeds United.

With all other departures coming in the form of loans or free transfers – albeit with Aston Villa paying £5m to take Axel Tuanzebe on-loan – that sale of the Welshman only served to slightly reduce their net spend, the club having forked out £133.7m on four major signings this summer.

After acting swiftly to bring in Tom Heaton (free), Jadon Sancho (£73m) and Raphael Varane (£41m) prior to the start of the season, United then capped an impressive window with the shock re-signing of Cristiano Ronaldo, who has joined his former side from Juventus in a £12.9m deal.

The Portuguese forward had looked set to join rivals Manchester City late last week, before a change of heart saw him instead secure a more romantic return to Old Trafford, 12 years after he originally left the club to join Real Madrid.

Arsenal have not only spent the most this summer (£156.8m), but also have the highest net spend, having made just one major sale in the form of Joe Willock, who has joined Newcastle United in a £25m deal following his successful loan spell on Tyneside last season.

There have been a few other notable departures, with Lucas Torreria joining Fiorentina on-loan and Matteo Guendouzi and William Saliba both heading on-loan to Marseille, while Brazilian duo David Luiz and Willian have left for free, the latter man tearing up his contract in order to move to Corinthians.

That extensive summer of recruitment will no doubt place even more pressure on the Gunners boss to turn things around at the club, with Arteta’s men currently bottom of the table having yet to score a goal in their opening three games.

It also remains to be seen if these signings will actually improve the starting XI, with the youthful look to the new arrivals suggesting that they may well be long-term hopefuls, rather than short-term solutions to the club’s current dismal situation.