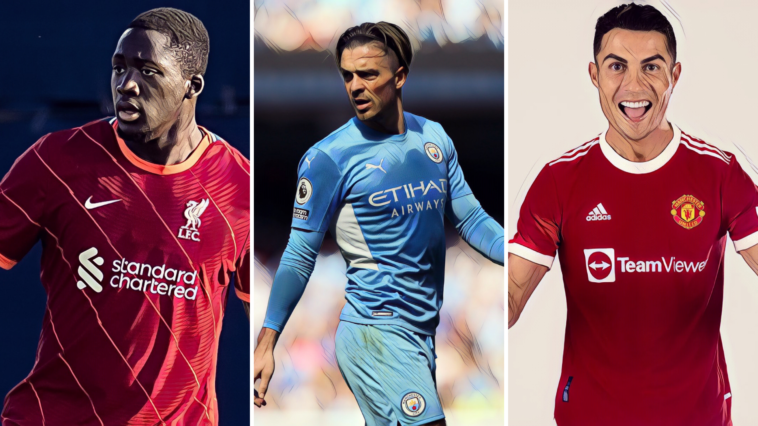 Following the closure of the summer transfer window for Premier League clubs, we rate each side’s summer business – here is every side from Liverpool – Wolves.

Minimalist at best for Liverpool, with the £36m arrival of Ibrahima Konate the club’s sole signing of the summer.

Konate will boost a centre-back contingent ravaged by injuries last term, whilst the returns from injury of Virgil van Dijk, Joe Gomez and Joel Matip will provide a defensive stability that was lacking last season.

The Reds focus has instead been on agreeing new contracts with key personnel, successfully securing the long-term futures of a host of leading players.

However, there is a sense that the club have not done enough and are short of cover at right-back and in forward areas, with the African Cup of Nations set to deprive the club of both Mohamed Salah and Sadio Mane for a period of the season.

The talk of the summer has been the champion’s failure to sign a new centre-forward however, with a lengthy pursuit of Harry Kane finding to find a breakthrough with Tottenham.

City won the title without a recognised number nine for much of last season, but can Guardiola’s side repeat that feat given the improvements made by their title rivals?

Even the most optimistic of Manchester United fans could not have envisaged the summer that has unfolded, the long-awaited signing of Jadon Sancho followed by the captures of serial winners Raphael Varane and Cristiano Ronaldo.

The return of Ronaldo is the statement signing of the summer even given the forward’s age, with the five-time Ballon d’Or winner having scored 29 league goals to finish as Serie A’s leading scorer last season.

The Red Devils have added three players of the highest quality to their current options and in areas of need, the absence of a defensive midfielder to replace the much-maligned ‘McFred’ axis all that prevents Solskjaer and his recruitment team from a higher mark.

Steve Bruce knew his hands were tied before the transfer window had even opened, with Newcastle’s ownership providing minimal funds.

Joe Willock’s return on a permanent deal involving staggered payments is a positive following his performances last season, but moves for the likes of Axel Tuanzebe and Hamza Choudhury failed to come to fruition.

Another season of struggle beckons for the Magpies, whose fate will depend on the form and fitness of Callum Wilson and Allan Saint-Maximin.

It’s been a busy, busy summer at Carrow Road, with no fewer than 11 new players arriving at Norwich ahead of their Premier League return.

The sale of Emi Buendia leaves a huge creative void to replace with the Argentine named as the Championship Player of the Season last term, but the funds received from his sale to Aston Villa have allowed Farke to strengthen across the board.

The loan signing of Billy Gilmour looks like fine business, but much could depend on how the likes of Milot Rashica and Josh Sargent adapt to the demands of English football.

Contract situations have seen Ralph Hasenhuttl lose a core of his most experienced and talented players, the departures of Jannick Vestergaard, Ryan Bertrand and particularly Danny Ings a blow.

Replacements have been sourced and Adam Armstrong – whilst unproven – looks stylistically a fine replacement for last season’s leading scorer Ings, with hopes high that the forward can replicate his prolific lower league exploits in the Premier League.

Youngsters Armando Broja and Valentino Livramento have been brought in from Chelsea and have settled quickly, with the latter having swiftly cemented a starting berth at right-back.

Spurs have began their rebuild under Nuno Espirito Santo and new sporting director Fabio Paratici, the latter having utilised his knowledge of Italian football to seal deals for Pierluigi Gollini and Cristian Romero.

The north Londoners have also secured a trio of players with youthful promise, in a refreshed squad that has seen much of its dead wood removed. None of the club’s signings possess Premier League experience however, in a window of recruitment that is difficult to judge at present.

However, undoubtedly the key success of Spurs’ transfer window has been keeping Harry Kane out of the clutches of Manchester City.

It just wouldn’t be a Watford transfer window without numerous incomings and outgoings, though the Hornets have had to attack the market with a little more pragmatism than in recent windows.

The signings of Emmanuel Dennis and Juraj Kucka look like shrewd additions, whilst a raft of Premier League experience has been added in Danny Rosem Josh King and Moussa Sissoko.

That the transfer window has closed with Ismaila Sarr remaining a Watford player is poignant, whilst Cucho Hernadez has shown encouraging signs after spending the past three seasons out on loan.

David Moyes had to take a patient approach to the transfer market despite West Ham’s qualification to the Europa League, though will no doubt be pleased with his options following a late flurry of activity.

Kurt Zouma headlines the incomings after a £29.8m arrival from Chelsea and adds athleticism to the club’s defensive options, whilst Nikola Vlasic will be tasked with providing creativity and goals following the departure of loanee Jesse Lingard.

The Hammers had been keen to secure a deal for Lingard but found the Manchester United midfielder’s price-tag prohibitive, though have bolstered their defensive midfield stocks by adding to their Czech contingent with the loan signing of Alex Kral.

The lack of recognised centre-forward cover for Michail Antonio is a concern, but Moyes’ has a fine recent record in the transfer market and the Hammers look to be in strong shape.

Bruno Lage has tweaked his squad this summer after arriving as Nuno Espirito Santo’s successor, the major change in goal as Jose Sa has arrived to replace the experienced Rui Patricio.

Francisco Trincao is an exciting talent and will look to impress on loan from Barcelona, whilst South Korean Hwang Hee-chan can be explosive at his best and previously formed part of a Red Bull Salzburg forward line alongside Erling Haaland and Takumi Minamino.

Despite links to divisional rivals, both Ruben Neves and Adama Traore have remained and will form part of the new era at Molineux, though the failure to secure late additions in midfield and at centre-back was disappointing.