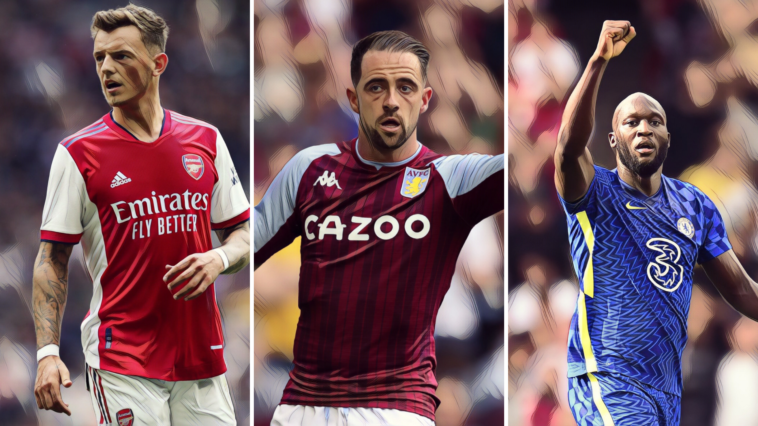 Following the closure of the summer transfer window for Premier League clubs, we rate each side’s summer business – beginning with Arsenal – Leicester.

Arsenal finished the transfer window with the highest spend and net spend in Europe, though it’s fair to say there remains plenty of unrest at the Emirates following a nightmare start to the season.

Mikel Arteta and technical director Edu have opted to invest in potential during the summer market, but will the manager be given the time to blend his youthful signings into a winning side?

Arsenal’s business represents a gamble with the north London side looking further away than ever from the top four despite their summer spending, their continued absence from the Champions League increasing the gap between the Gunners and the Premier League’s best.

Arteta has spent in excess of £140m and question marks remain over whether any of the new signings significantly improve the side – it may just get worse before it gets better at Arsenal in the coming seasons.

The departure of Jack Grealish to Manchester City in a record deal is a huge blow to Aston Villa, but the club have been ambitious in their recruitment to replace the England international.

Emi Buendia, Leon Bailey and Danny Ings will provide creativity and goals, with the hope that the trio can share the responsibility following an over-reliance on Grealish.

Axel Tuanzebe and Ashley Young bolster the backline and add depth, with Villa’s squad stronger overall despite the loss of their talisman. However, it may take time for the new signings to gel.

Brentford have been shrewd operators in the transfer market in recent years and remain a brilliantly well-run club, the newly-promoted side strengthening the spine of the team with the arrivals of Frank Onyeka, Kristoffer Ajer and Yoane Wissa.

Perhaps more crucially for Thomas Frank, the Bees having held onto their best players after some notable sales across past summers with Ivan Toney – scorer of a record 31 Championship goals last term – remaining amongst their ranks.

The sale of Ben White provided Graham Potter with funds to reinvest, with the Seagulls looking to the continent for reinforcements this summer.

Enock Mwepu arrives from Salzburg and is the latest bright talent off the Red Bull production line, whilst the deadline day arrival of Marc Cucurella is deemed a coup and fills a problem position at left-back.

The failure to sign a centre-forward lowers their score whilst it also remains to be seen how Brighton cope without White having not signed a direct replacement, returning loanee Shane Duffy and Joël Veltman expected to fill the void.

Burnley’s lack of investment has been well-documented and the Clarets are once again amongst the Premier League’s lowest spenders, though Sean Dyche has bolstered his backline with Champions League and international experience.

Maxwel Cornet and Conor Roberts come in at full-back to refresh a defence that has been together for some time, whilst emerging youngster Nathan Collins has promise and will hope to challenge for a regular role.

Aaron Lennon has returned for a second spell to add depth, whilst retaining both Dwight McNeil and James Tarkowski represents a massive boost.

Romelu Lukaku’s record-breaking return to Chelsea headlines the Blues’ incomings, with the signing of an elite centre-forward having been a priority for Thomas Tuchel this summer.

Lukaku’s arrival could prove the difference for the European champions this term, who boast one of the most talented and deepest squads in world football at present, the loan signing of Saul Niguez adding another layer of quality to the west London side’s midfield.

Chelsea – despite huge outlay – have also finished the window in profit after trimming a bloated squad with a vast number of sales, raising £77m from the sales of academy graduates Tammy Abraham, Fikayo Tomori and Marc Guehi alone.

Trevoh Chalobah is set for a more prominent role following Kurt Zouma’s exit and the club’s failure to agree a deal for Sevilla’s Jules Kounde.

It’s been all change at Crystal Palace this summer, the arrival of Patrick Vieira following a mass exodus of senior players in a much-needed squad overhaul at Selhurst Park.

The Eagles have conducted some fine business to provide the side with a long-awaited injection of youth, including exciting youngsters Michael Olise, Marc Guehi and loanee Conor Gallagher.

Joachim Andersen impressed on loan at Fulham last term and is an upgrade at centre-back, whilst Odsonne Edouard will be tasked with scoring the goals to propel the club forward following a prolific period at Celtic.

Integrating such change will be difficult, but Palace now have the basis of a side that can look upwards in the Premier League this season.

The lowest spending side in the Premier League this summer, Everton’s business has been significantly more modest than in recent windows.

Despite financial issues restricting new manager Rafael Benitez however, the signings of Andros Townsend and Demarai Gray have started brightly in the Toffees’ side.

Deadline day also saw the free transfer arrival of Salomon Rondon, a player who has thrived under Benitez previously and who can provide competition and cover for Dominic Calvert-Lewin.

Benitez faces an uphill task to convince the Everton fans given his Liverpool links, but his lack of backing may just afford the Spaniard some added patience from the Goodison faithful.

Leeds’ business has included the permanent arrival of Jack Harrison after three seasons on loan, whilst both Junior Firpo and Daniel James will provide speed and forward threat from wide areas.

The arrival of James from Manchester United is an intriguing one after the winger came close to joining Leeds in January 2019, his electric pace seemingly suited to Marcelo Bielsa’s demands and rapid transitions.

Bielsa has more often been an advocate of improving his current players, but has added suited signings in key areas as Leeds look to build on an impressive Premier League return.

For the first summer in recent memory, Leicester have kept hold of their best assets and an impressive window of recruitment points towards another strong season.

Patson Daka and Boubakary Soumare have both been linked with Europe’s elite and are exciting arrivals, whilst the trio of Ryan Bertrand, Jannick Vestergaard and Ademola Lookman provide Premier League experience and depth.

Having fallen just short of reaching the top four in each of the past two campaigns, Leicester now have a squad capable of juggling Europa League commitments and a push for the Champions League.