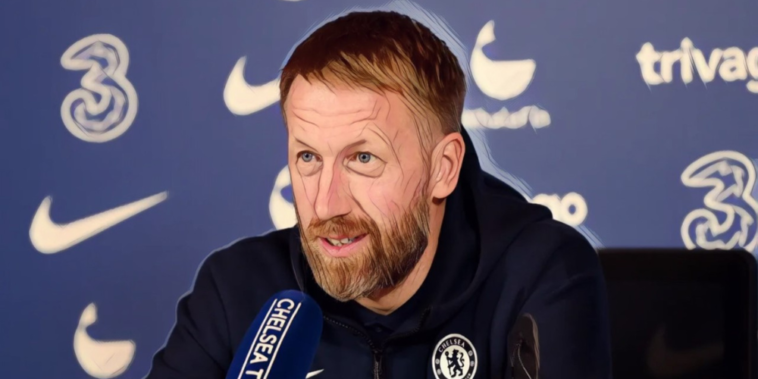 Graham Potter insists there is ‘more to come’ from Chelsea as the club look to bounce back from recent defeats.

Chelsea have failed to win in four league fixtures and crashed out of the Carabao Cup following a 2-0 defeat at Manchester City on Wednesday evening.

Following a bright start to his reign that included a nine game unbeaten run, Potter is under pressure to turnaround performances and keep Chelsea in contention for Champions League football.

The west Londoners are seventh in the Premier League table, five points outside the top four ahead of a trip to face third-placed Newcastle this weekend.

Ahead of the clash, Potter was asked what his side need to improve heading into the World Cup break and stated his belief that there is more to come from his side.

“I can’t pinpoint it to the point where it’s a simple solution,” he said at his pre-match press conference.

“Reece (James) was a key player for us and he got injured so we lacked a bit of stability there, in terms of the right solution.

“We suffered from the first 20 minutes against Brighton and the first-half looked uncomfortable for us. I think that then knocked us back a bit.

“It’s the balance of all the matches, with injuries and rotation. There’s more to come from the group that we have. We have key players out. I think the team can function better than they are and that’s my job to improve it.”