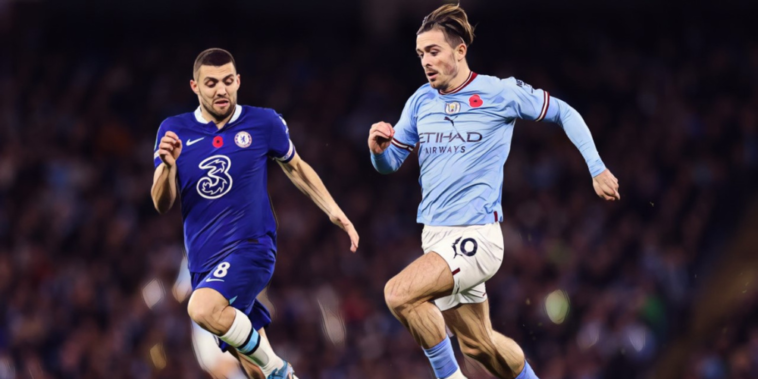 New managers in at struggling sides

There’s been change at the bottom of the Premier League this week, with Southampton and Wolves deciding on new coaches in a bid to address difficult starts to the season.

After a protracted chase Wolves landed their top target in Julen Lopetegui, who despite no past experience of English football will arrive with an impressive résumé. He led Sevilla to Europa League success in 2020 and has handled pressure cooker positions at Real Madrid and the Spanish national side.

The presence of a mid-season World Cup means Wolves have just three league fixtures before January, where the Spaniard will hope the club’s transfer committee can address a lack of firepower with Wolves the league’s lowest scorers. The 56-year-old will not take charge this weekend however, beginning his reign following the break.

Southampton also parted company with Ralph Hasenhuttl after last weekend’s 4-1 humbling to Newcastle. Nathan Jones has arrived as his replacement, with the Saints gambling on a coach who has impressed at Luton. It’s a steep step up for Jones, as he looks to guide a struggling and inexperienced side away from trouble. Southampton will need some form of new manager bounce as the club travel to Anfield this weekend.

Pep Guardiola has remained steadfast in his view that Jack Grealish is delivering exactly what he demands at Manchester City, despite continued criticism from those outside the Etihad’s inner circle.

The lack of tangible numbers and record-breaking price-tag have been used to criticise Grealish, but he provided a timely reminder of his brilliant best against Chelsea in midweek.

The England international was the best player on the pitch as City progressed to the Carabao Cup’s fourth round, producing a performance full of dynamism. It was one of Grealish’s best displays for the club as he tormented Chelsea and one he will hope to build upon ahead of England’s World Cup campaign.

Dream come true. I’m just a kid from Solihull who’s going to a World Cup with England. I remember going into school early to watch England vs Brazil in 2002, my first ever World Cup I can remember… to think 20 years later I’d be playing at one blows my mind… pic.twitter.com/6UR5pu8nZ2

One goal and no assists is total that requires improvement, but Grealish’s best comes when he is allowed to drive at defenders at speed. It is an x-factor which creates space for those around him as he glides past challenges and his ability one-vs-one could be crucial in unlocking compact defences in Qatar later this month.

Eddie Howe celebrated the first anniversary of his appointment at Newcastle this week and the atmosphere around St James’ Park could hardly be better. Third in the Premier League after just one defeat all season, those on Tyneside are beginning to dream of a European return.

Their fine form was emphasised with a hat-trick of inclusions in Gareth Southgate’s squad this week, the first time Newcastle have had three players in an England World Cup squad since the late nineties and the first time any Newcastle player has been selected for England for the tournament since 2006.

They've gone from fighting relegation to being 3rd in the Premier League 👏📈 pic.twitter.com/7HbSFxVMwH

The Magpies can send another statement this weekend as an out-of-sorts Chelsea arrive in the North East, where a win for in-form Newcastle would place significant daylight between them and Graham Potter’s side in the race for the top four.

Few are getting carried away at Newcastle, but the consistency of the club’s performances – the Magpies have won six of the past seven and boast the division’s best defensive record – mean optimism is increasing that the club can upset a transitional top six.

Will Potter be granted patience?

In the opposite dug-out at St James’ Park will be Graham Potter, who is facing the first period of pressure of his Chelsea reign.

Potter went nine games unbeaten after replacing Thomas Tuchel at Chelsea, but is now without a league win in four games and arrives at Newcastle this weekend sitting seventh in the table. Six points behind the high-flying Magpies, a defeat would be a major blow to their top four ambitions.

Back-to-back defeats to Brighton and Arsenal have raised alarm bells, though the warning signs were there before those losses with unconvincing performances against Aston Villa, Brentford and Manchester United.

Our head coach's assessment on tonight. 🎙

The club’s supporters – accustomed to short-termism and success – have already expressed signs of unrest and Potter must begin to demonstrate signs of a pathway towards the club’s goals.

A raucous St James’ will prove a real acid test before the World Cup break provides a period for reflection.

Spurs’ slow starts have become a real problem for Antonio Conte, whose side continued their unwanted habit of beginning games poorly during the Carabao Cup exit to Nottingham Forest in midweek.

Conte blamed fatigue for a poor performance at the City Ground, as Spurs crashed out of cup competition to the Premier League’s bottom side. Congestion has no doubt played its part in the season so far, but Conte must find a way to address his side’s stutters in the first half.

It's been 5,372 days since Tottenham last won a major trophy 👀 pic.twitter.com/8AJnTAjmH3

Spurs have now failed to score a first-half goal since October 12th, a run of eight consecutive games that has resulted in three wins, a draw and four defeats. The comebacks against Marseille and Bournemouth were admirable, but securing results after poor starts is not sustainable for the long term.

Conte’s side perhaps deserved a point against Liverpool last week, but Mohamed Salah’s first-half double created a mountain impossible to climb. Spurs take on Leeds this weekend and must start to perform before the break.

While not quite Jose Mourinho-mode, Frank Lampard issued his own warning to Everton’s fringe players following an embarrassing Carabao Cup exit to Bournemouth.

Lampard made 11 changes and soon discovered those brought in were not at the required standard, as Bournemouth – who made nine changes of their own – inflicted a damaging defeat on the Toffees.

“I made changes because some players have been knocking on my door wanting to play and some players have trained well and made a case for playing,” Lampard said. “You put them in because they play for Everton and they should be able to come to Bournemouth and compete.

🗣️ “It might give us [Everton] more desire or determination, I don’t know. It makes no difference.”

Frank Lampard says the 4-1 defeat in the Carabao Cup will having no bearing on their Premier League fixture against Bournemouth. 🍒 pic.twitter.com/OFveJESiqv

“There are individuals that need to look at themselves and say ‘I was absolutely culpable there’ and hold their hands up.

“I wanted to get through to the next round of the Carabao Cup, but when I look at the squad now, I learn more from them tonight than I do from watching training every day.”

In a fixture list quirk, Everton are back at Bournemouth this weekend. Lampard’s side can ill-afford to be as charitable this time around as both sides hover above the relegation places.

Gareth Southgate announced his England squad for the 2022 World Cup on Thursday and will be watching with bated breath ahead of the last round of Premier League fixtures.

Having already seen Ben Chilwell and Reece James ruled out of the tournament, the Three Lions’ head coach will hope his 26-man party can come through this weekend unscathed.

Antonio Conte admitted Harry Kane has suffered from fatigue this week, though it is unlikely the England captain will be granted a rest this weekend with the north Londoners in need of a result against Leeds.

Elsewhere, Southgate will hope that Kalvin Phillips is granted minutes this weekend, having been one of the fitness gambles in the England squad. The midfielder made his return as a substitute for Manchester City on Wednesday and has featured for just 54 minutes across all competitions so far this season.

Garnacho can be a game-changer for Ten Hag

Alejandro Garnacho’s bright start to his senior career at Manchester United continued this week, as the forward produced an impressive cameo off the bench against Aston Villa.

Garnacho became the youngest United player to provide two assists in a game after the 18-year-old teed up goals for Bruno Fernandes and Scott McTominay at Old Trafford.

Alejandro Garnacho is making a name for himself. ⭐️ pic.twitter.com/FjzUGmgmMa

His lively outing helped secure the club’s progress in the Carabao Cup and Erik ten Hag believes the Argentine starlet is capable of a more regular role in his plans – provided he focuses on football.

Garnacho – who reportedly twice turned up late for pre-season training – has already appeared as a game-changing talent and brought a vibrancy to the side against Villa. His ball for McTominay’s goal was perfect and he possesses an explosivity that has already excited the fanbase. Whether off the bench or from the start, the teenager has the talent to change games and turned the tide of a topsy-turvy cup clash.