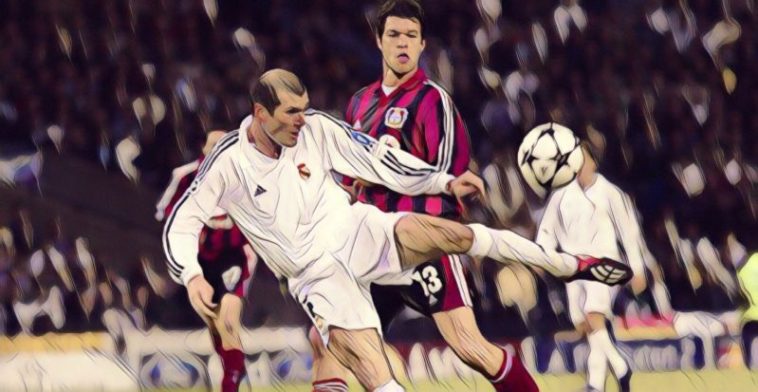 Let’s be honest simply making it to the Champions League or World Cup final would be the highlight of most professional footballers careers.

These two tournaments represent the pinnacle of the club and international game, so players are more than aware that scoring a goal in either final will see them immortalized in footballing history.

Over the years there has in fact been five players who have achieved the sensational feat of having netted in football’s two biggest showpiece events. Here they are…

Hungarian attacker Puskas is widely regarded as one of the greatest footballers to have ever played the game, and was a key part of two of the most influential teams in history: The Hungarian national side, known and the Magic Magyars, and the Real Madrid side that dominated European Football during the late 50’s and early 60’s.

Puskas scored four times during the 1960 European Cup final, a fixture in which Real beat Frankfurt 7-3 at Hampden Park, and a game widely regarded as one of the seminal moments in footballing history.

As part of the superb Hungary side that was seen as the best in the World at the time, Puskas famously starred in the Magic Magyars 6-3 destruction of England at Wembley in 1953, a match commonly referred to as ‘the game of the century.’

Despite playing with a fractured ankle Puskas opened the scoring in the 1954 World Cup final, although Hungary would lose the game, with West Germany coming back from 2-0 down to win 3-2 in Switzerland.

A slightly lesser known but equally brilliant member of the much-heralded Magic Magyars side, striker Czibor is also part of this most illustrious of clubs.

He enjoyed a nomadic career, with a three-year stint at Barcelona between 1958-1961 the standout period of his club career. It was during Barcelona’s 3-2 defeat to Portuguese side Benfica in 1961 when Czibor found the net in the European cup final.

Probably more widely know for his role with the Hungary side that remained undefeated for 32 games in the early 50’s and won the 1952 Olympics, Czibor scored the Magyars second during their 3-2 loss to West Germany in the 1954 World Cup final.

German football’s golden era of the 1970’s would simply not have been possible had it not been for the lethal finishing skills of Gerd ‘Der Bomber’ Muller. A Balon d’Or winner in 1970 Muller is recognized as one of the most naturally talented strikers the game has ever seen, scoring a staggering 721 career goals.

Part of the great Bayern Munich side that won three consecutive European Cups between 1974-1976, Muller netted twice in the ’74 final against Atletico Madrid and once in the ’75 final against Leeds United.

Muller is revered in his homeland after scoring the winner in the 1974 World Cup final against Holland, in what was his final appearance for Germany.

If there was to be a competition within this list for the quality of strikes in major finals, it’s safe to say mercurial Frenchman Zinedine Zidane would walk away with the award.

Zidane was a playmaker who’s talent and majestic skill levels alone would have been enough to see him go down in history as one of the greats of the modern game, but significantly the current Real Madrid boss also showed himself to be a player capable of stepping up on the biggest of occasions.

Zidane was part of Real Madrid’s famous Galactico side of the early 2000’s and scored one of the most revered goals in Champions League final history during the 2002 showpiece event against Bayer Leverkusen.

On this day in 2002 Zinedine Zidane scored THE perfect volley. In the Champions League Final. In a kit with no sponsor. Wearing the adidas Predator Mania. Pretty good day at the office.pic.twitter.com/lpPtjhbndf

Born in Marseille to Algerian parents he immortalized himself to Les Blues fans, by scoring two powerful headers during the 1998 World Cup win over Brazil, a tournament that was hosted on home soil. In 2006 Zizou would again show his class by scoring a panenka penalty in the final against Italy, although the Azzuri would emerge victorious on penalties after Zidane was sent off for headbutting Marco Materazzi.

Much like the aforementioned Czibor Croatian attacker Mandzukic’s achievement will be somewhat tinged with regret, after his goals were ultimately not enough to inspire his sides to victory.

Firstly the physical frontman scored this sublime effort for Juventus during their 4-1 loss to Real Madrid in 2017.

Before following it up with this more fortuitous effort against France in the 2018 World Cup final in Russia, a game Croatia lost 4-2 to France.

Mario Mandzukic has announced his retirement from international football with Croatia 🇭🇷

Here's the last goal he scored for his nation in the #WorldCup final pic.twitter.com/tW4G38NHIE

Mandzukic also broke another record against the French, suffering the ignominy of becoming the first player ever to score an own goal in a World Cup final.