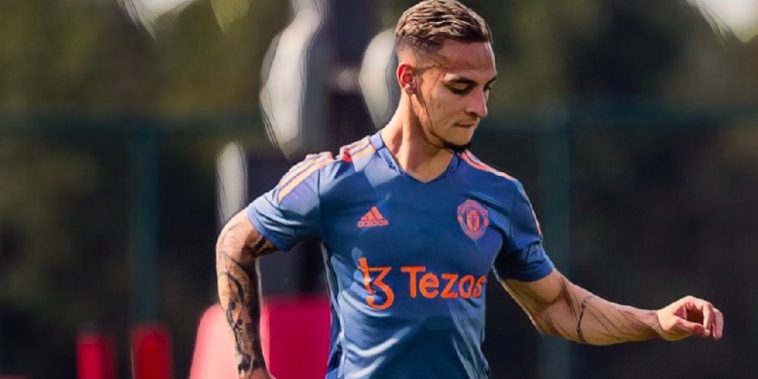 After a tumultuous transfer window, Manchester United’s highest-profile signing was the €100 million acquisition of Antony from Ajax. Critics will point to the Brazilian’s 8 goals and 4 assists in 23 Eredivisie appearances as a fairly unremarkable return for a player commanding that fee, and will question why United didn’t devote such resources to other cheaper alternatives while also strengthening in other areas such as center-forward, right-back, and central midfield. However, there are clear reasons why Erik Ten Hag was adamant to secure Antony’s services and why he is an ideal fit for United’s attack at present.

Marcus Rashford, Jadon Sancho, and Anthony Elanga are United’s only first-choice wide-men and at the moment, due to Cristiano Ronaldo’s off-field consternation and Anthony Martial’s injury woes, are their only senior forward options. In many ways, Antony’s arrival was a necessary way to fill the numbers in United’s squad. Yet he also gives United a different profile to the other attackers at their disposal.

Elanga burst on the scene last year and primarily impressed with his off-ball movement. He makes intelligently timed runs beyond the defensive line and into the box, and enables United to stretch teams to create space in the final third. The Swede also provides excellent defensive work-rate and an above-average aerial presence in the box, both of which are sorely lacking in the frontline.

Rashford, despite seemingly losing a certain edge to his game over the past twelve months, still boasts impressive pace and dribbling ability which is especially useful in transition.

Sancho is a more creative player, excelling with his combinative qualities and ability to spot and execute difficult passes in congested areas. As he showed against Leicester City and Liverpool, he also boasts extreme composure in front of goal and in general makes excellent decisions with the ball at feet. While thought to be a right-winger given his time at Dortmund, Sancho is best deployed when he has players in support to move and pass off. He doesn’t isolate players one-on-one and instead looks to attack space and find teammates with clever passes. Due to this, he was best when played on the left-hand side as the team has been left-side dominant for multiple seasons. With the arrival of the dynamic Tyrel Malacia, Sancho is even better placed to thrive from the left flank this season.

What Antony provides United with is a genuine winger, who can take the onus of an entire flank. He thrives on receiving the ball in extremely wide areas on the right-hand side before isolating his opposite man. His ball-carrying, unlike Sancho’s, is best at beating men rather than progressing the ball, and enables him to then find space for a cross or turn inside.

Antony’s technical quality is superb, enabling him to be creative from one-on-one scenarios and productive in terms of shot volume and passing. He also provides a level of defensive-work rate than is only rivalled in the United line-up by Elanga. His combination of off-ball defensive contribution and on-ball creativity from wide areas makes him a unique weapon in Ten Hag’s arsenal.

Crucially, it has multiple effects on other areas of the United team. As mentioned previously, Sancho can be regularly used on the left to build a relationship with Malacia or Shaw on the left. Dalot can take up deeper and narrower positions on the right, providing United more defensive security in transition and suiting the Portuguese’s qualities better.

As a team, they can be less left-side dominant as Antony provides a dominant offensive player on the right flank. As a left-footer, he also can receive and deliver passes at different angles to United’s other players, giving Ten Hag more options in constructing the sort of slick passing moves and interchanges of player and possession that make his style of football work.

There is no other winger on the market of Antony’s age and Champions League pedigree who can boast the degree of comfort he possesses as a lone right-winger, who provides United acceleration, dynamism, and creativity from that flank that will give them greater balance as a team. His arrival, along with United’s other signings, will certainly not solve all the team’s issues.

A centre-forward better suited to Ten Hag’s style than Ronaldo is desperately needed, as is a deeper-sitting midfielder who can control possession and break the lines through ball-carrying and an alternative to Dalot at right-back.

Nevertheless, he represents a smart signing who should solve United’s right-sided attacking issues for the foreseeable future. While an expensive acquisition who the club undoubtedly overpaid for, Antony is precisely the kind of right-winger United needed and is one of the first steps in Erik Ten Hag’s road toward constructing a genuinely excellent squad.