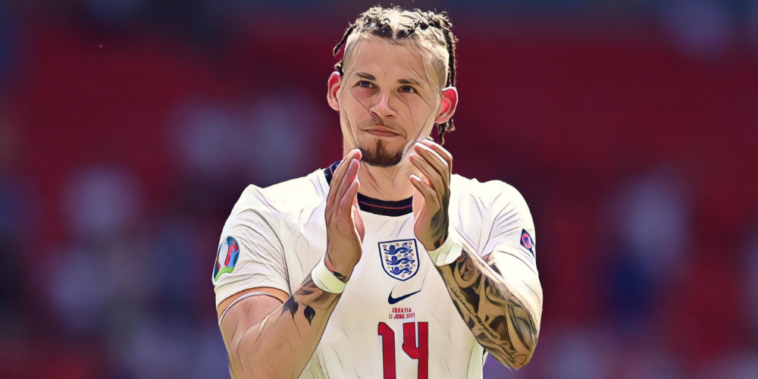 Kalvin Phillips has credited Marcelo Bielsa’s ‘murderball’ at Leeds for his dynamic display during England’s 1-0 win over Croatia at Euro 2020.

Phillips was named as the best player on the pitch at Wembley as England’s campaign got off to a winning start at the national stadium, the midfielder producing an all-action display at the heart of the side alongside Declan Rice.

The 25-year-old was given a greater licence to push forward and assisted Raheem Sterling’s winning goal, with the Leeds star admitting his first experience of a major tournament was a surreal moment.

“It’s mad. I can’t really put it into words,” he told Sky Sports. “At the time when I was running forward, and I don’t remember doing it. I just remember getting the ball, and everything after it was a blur.

“As soon as the ball hit the back of the net, the crowd went mental. It was my mum’s birthday the day before, and when we celebrated, she was literally right at the front, so I felt like I was just celebrating with her.”

Phillips credited club manager Bielsa for his role in his development in recent seasons, the Argentine’s notorious ‘murderball’ style of training having seen Leeds emerge as the most intense side in the Premier League.

“I think it’s just down to the stuff I’ve done over the last few years at Leeds,” he said. “Murderball, and just everything in general. We have a lot of high-intensity work at Leeds as well. I can only put it down to the guys at Leeds.”

The England international opened up on the basics of the training and the unique principles of murderball, a full-scaled game that includes no fouls, no offsides and non-stop running.

“Murderball is basically 11 v 11, 100mph, no fouls – so if I take you out, no foul, carry on playing. No offsides. If the ball goes out, you either play from the keeper straight away, or there’s a coach on the sideline who just chucks a ball straight back in.”

Asked who referees it, Phillips laughed, and said: “We don’t have one!”