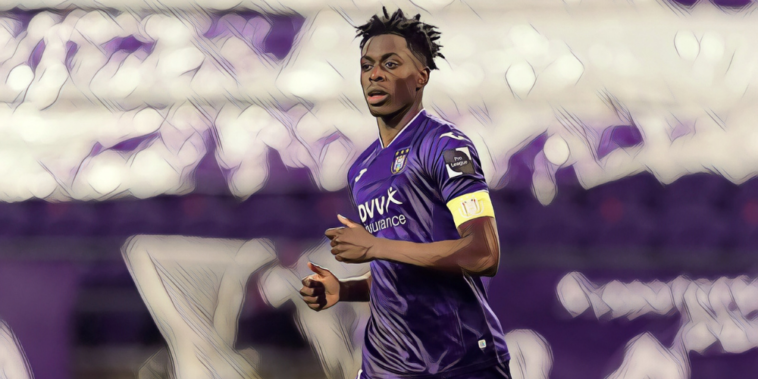 Arsenal have turned their attentions towards Anderlecht youngster Albert Sambi Lokonga and have submitted a bid for the midfielder, with Martin Odegaard expected to remain at Real Madrid.

Mikel Arteta had been keen to extend Odegaard’s spell at the Emirates following the Norway international’s loan over the second half of last season, though a change in management at Real Madrid means the 22-year-old is now set to remain a part of the club’s plans.

Arsenal are seeking additional creativity and made a late bid for Emiliano Buendia, who has since signed for Aston Villa from Norwich in a club-record deal.

The north London side have now made an offer for Anderlecht youngster Lokonga, with the Belgium U21 international having impressed since coming through the academy ranks.

According to The Athletic, the Gunners’ opening offer is believed to be around €15m (£12.9m), though the Belgian side are holding out for a figure closer to €20m (£17.2m) for the youngster and are open to his sale after posting significant losses over the past financial year.

Arsenal are also interested in a deal to sign England international Ben White – the Brighton defender now claimed to be clubs the ‘primary’ central defensive target – whilst they are also working on several departures in a bid to raise further funds with Granit Xhaka edging closer to a move to Roma.

Matteo Guendouzi and Lucas Torreira – who both spent last season out on loan – are available for transfer, whilst the futures of both Joe Willock and Eddie Nketiah remain unclear at present with the former having impressed on loan at Newcastle.