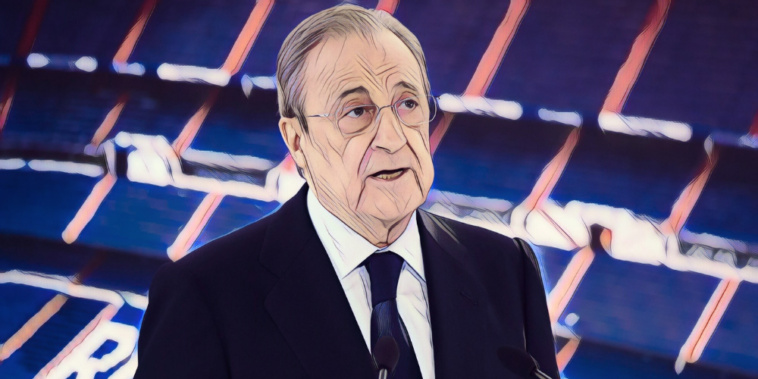 Florentino Perez has hinted the collapse of the European Super League is not the end of the matter and admits he was left surprised by the ‘aggression’ shown towards the proposals.

Plans for a breakaway competition were ended just two days after being officially announced, an angry backlash from the footballing world seeing several clubs – including the Premier League‘s ‘big six’ – withdraw from the proposals.

The reaction came amid plans for guaranteed annual entry for the 15 founding clubs alongside just five qualifying teams, a threat to the integrity of the sport and perceived as a show of greed from the world’s wealthiest clubs.

Real Madrid president Perez was amongst the leaders of the ESL plans and was named as chairman of the competition, with the Spaniard opening up on its collapse with only Real and Barcelona having not formally withdrawn their interest.

“I’ve never seen so much aggression, it’s as if it were orchestrated, it surprised us all. I’ve been in football for 20 years, it’s an aggression I’ve never seen in my life. We’ve had threats, it’s like we killed someone, killed football.”

The collapse of the Super League essentially came following the withdrawal of the English sides, Chelsea becoming the first to change stance amongst a furious reaction from supporters.

Manchester City, Manchester United, Liverpool, Tottenham and Arsenal then swiftly followed suit, before Atletico Madrid and the three Italian sides opted out of the controversial project on Wednesday, and Perez suggested that one English club was ‘never convinced’ of the project from the off.

“Someone in the English group didn’t have a lot of interest, and that became contagious,” Perez said. “One of them was never convinced. [The English clubs] left because of the atmosphere.

“UEFA put on a show. It was like we let off an atomic bomb. Perhaps we haven’t presented and explained it well, but they haven’t given us the opportunity either.”

However, despite its collapse, Perez says the project remains on ‘stand-by’ and insists none of the clubs have formally left the Super League plans, revealing his hope the instigators will be given a chance to explain the value in forming a breakaway competition.

“The project is on stand-by,” Perez said. “Juventus haven’t left, Milan neither. We’re all together. Barcelona are reflecting. The first thing we agreed yesterday was to stop, to explain, as we should have done from the start.

“No-one has paid [a penalty to leave], the 12 are still there, they haven’t left. We signed a binding agreement after a lot of work.”

Read Also – Five of the best jerseys ahead of Euro 2021