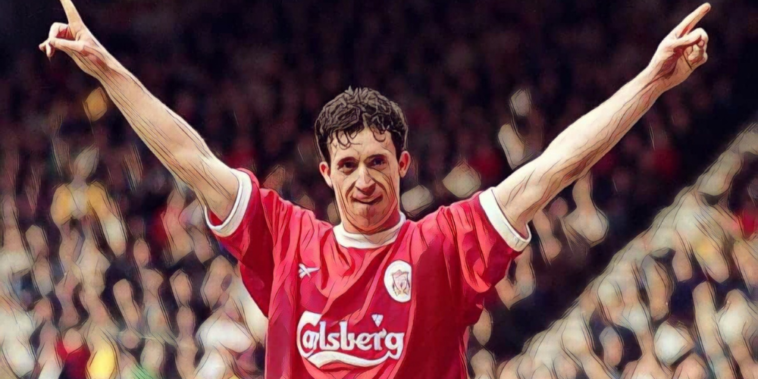 Kane has established himself as one of world football’s finest centre-forwards since coming through the academy ranks at Spurs, but is yet to win silverware in his career ahead of this weekend’s Carabao Cup final with Manchester City.

Success this weekend is unlikely to be sufficient for a player with ambitions of challenging for the game’s biggest prizes, however, Spurs currently seventh in the division and facing a fight to secure a top-four finish and Champions League qualification.

With the speculation only likely to increase around Kane in the coming months, we’ve decided to look at the five players to score the most Premier League goals without winning the title.

Jimmy Floyd Hasselbaink struck fear into Premier League goalkeepers throughout the late nineties and early 2000s, a forward with a penchant for hitting the ball really, really hard.

Hasselbaink’s penchant for a thunderbastard saw him become the first ever foreign winner (shared with Dwight Yorke) of the Premier League’s Golden Boot in 1998/99, scoring 42 goals in just 87 appearances for Leeds before signing for Atletico Madrid amid a contract dispute at Elland Road.

He returned to the Premier League just a year later, becoming the joint-most expensive player in the division’s history after arriving at Chelsea in a record £15m deal.

It proved a fine investment as he won a second Golden Boot during his maiden campaign with the Blues, becoming a firm fan’s favourite over a four-season spell at Stamford Bridge.

Wherever Hasselbaink played the goals soon followed, though despite 87 goals across four seasons for Chelsea he was moved on as the Jose Mourinho era was ushered in, signing for Middlesbrough before the west Londoner’s back-to-back league title triumphs.

Just five players have ever registered more 20+goal Premier League seasons that Les Ferdinand, one of the division’s dangermen during the early seasons of the rebranded division.

Ferdinand hit 60 league goals across three Premier League campaigns for QPR before a £6m move to Newcastle, where he spearheaded one of the league’s most iconic sides as Kevin Keegan’s Entertainers came ever so close to the ultimate success.

Ferdinand was named as PFA Player of the Year as Newcastle finished as runners-up in his first season at St James’ Park, blowing a 12-point advantage at the top in one of the Premier League’s most notorious collapses.

Despite the arrival of Alan Shearer the following season in a world-record deal, Newcastle again finished as runners-up in the closest Ferdinand came to league title success.

He later had spells at Tottenham, West Ham, Leicester and Bolton, finishing his Premier League career with 149 goals.

Jermain Defoe perhaps ranks amongst the most underrated goalscorers of the Premier League era, sitting proudly in ninth in the all-time standings after netting 162 top-flight goals.

Defoe broke through as an exciting young talent at West Ham before a controversial move to Tottenham, spending the best seasons of his career with the north London side across two spells at White Hart Lane.

The former England international scored 91 of his 162 goals for Spurs, also enjoying productive spells at Portsmouth and Sunderland with Defoe regarded as one of the division’s most predatory finishers.

Despite his impressive goalscoring record and 20 goals in 52 appearances for England, Defoe never featured for a side in genuine contention for the title.

Robbie Fowler’s emergence remains one of the most exciting of the Premier League era, bursting onto the scene as a teenager at Liverpool with a phenomenal start to his senior career.

Fowler became the youngest ever player to reach 50 goals in the Premier League and netted 30+ across all competitions in three consecutive seasons for the Reds, winning the PFA Young Player of the Year award in both 1995 and 1996.

Injuries impacted his latter years and despite winning silverware with an FA Cup, League Cup and UEFA Cup treble during the 2000/01 season, he failed to get close to a Premier League winners’ medal during spells at Liverpool, Leeds and Manchester City.

Fowler returned to Liverpool for a short second spell and added a further eight top-flight goals to his collection, his 163 strikes ranking him eighth amongst the division’s most prolific players of all time.

Harry Kane’s double against Everton on Friday saw him move past Fowler as the seventh-highest scoring player in Premier League history, and the highest never to have won the league title.

Kane has been the leading light of the Spurs side since coming through the club’s academy ranks, scoring prolifically and twice winning the Premier League’s Golden Boot.

The north Londoners have shown progress during that time including a runners-up finish in 2016/17, in addition to reaching the Champions League final two years later.

Spurs, however, have regressed since that latter achievement and look a long way from challenging for the Premier League title at present, leaving Kane – yet to win a major trophy – with a decision to make on his long-term future.

Alan Shearer’s all-time record of 260 goals could be within reach should the England captain remain in the Premier League with both Manchester sides linked with a big-money move.