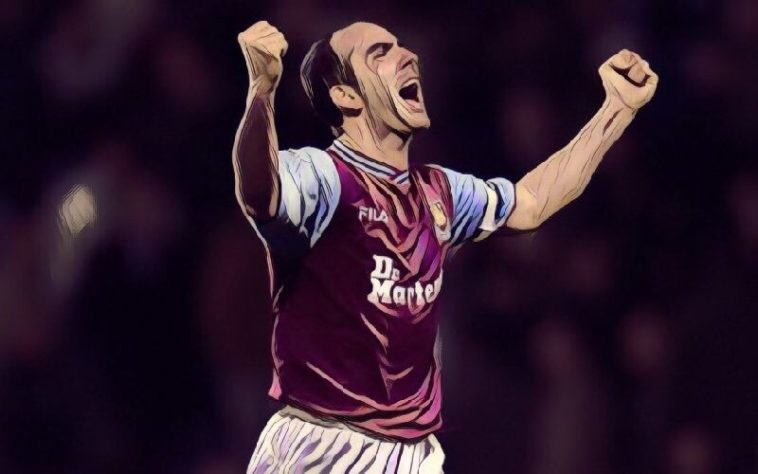 Winning isn’t everything. It’s what we tell people when they’ve lost, or when they are taking frivolous things too seriously but for many, if not all professional footballers it’s simply not true. You win at all costs and that’s it.

That certainly seems to be the way with player’s who have won things, there can be a “Show us your medals” attitude to new or inexperienced managers. There can be “banter” between ex-players during punditry, “What have you won? Yeah, well sit down and know your place”. Winning gives authority, think of the time Martin O’Neil put Patrick Viera and Fabio Cannavaro in their place when he reminded them that he had won more Champions Leagues/European Cups than they had.

And then there are players who don’t need to win things to have an impact, players like Le Tissier, Gazza and the subject of this Legend piece, Paolo Di Canio. They all have that footballing genius in common, the ability to get fans off their seat, to show you something you hadn’t seen before.

No matter who you support you can vividly remember their moments of brilliance and indeed madness. There’s Gazza knocking the ball over Colin Hendry’s head at Euro 96 and a million tapes of his off and on field hijinks, there’s Le Tissier flicking the ball up for himself and smashing the ball in from 25 yards and then the time he tried and failed to get the ball out of play in the first few minutes of a game because he had a bet on the first throw in in a game.

Di Canio, despite not winning anything, (apart from the Intertoto Cup), during his time in England, provided the league with some of the competition’s most iconic moments. There was the push on referee Paul Alcock and the referee’s comedy fall that is still doing the rounds online to this day which happened while he was at Sheffield Wednesday. However, it was with West Ham that he really cemented his place in Premier League history.

Always a hot-headed player who played on the very edge of his emotions Di Canio had not played for eleven games following his ban for the push on Alcock when he signed for the Hammers in 1999 for £1.5 million. Despite the baggage he brought with him, manager Harry Redknapp was willing to take the chance because of his exceptional talent, “He can do things with the ball that people can only dream of” he said at the time.

It didn’t take him long to make an impact, he scored one and set up another in his fourth game for the club and continued to influence the team in a positive way for the rest of the season, helping West Ham to a fifth-place finish and a place in the UEFA Cup through their win in the Intertoto Cup.

It was a career-defining season for the Italian, he had a star turn in the London derby with Arsenal when he scored two to clinch the victory over an Arsenal side that that had such class players as Suker and Bergkamp, he scored a stunning equaliser against Derby County when he sent two defenders to the shops before curling an unstoppable effort in to the top corner via the crossbar and then there was the incredible game at Bradford in February.

The Hammers were behind, losing 4-2 to relegation bound Bradford city and Di Canio was having an awful time of it. He always felt that referees had it in for him and this game seemed to be proving his point, he had had three penalty decisions go against him and when he has knocked to the ground once again, he decided that he had had enough. Sitting on the touchline he told Redknapp that he was done, that he needed to be substituted. ‘Arry tolld him to shut up and get on with it and eventually he did, coming to life when West Ham were finally given a penalty thanks to a foul on Paul Kitson.

Lampard picked up the ball, he wanted it but Di Canio had other ideas, after a brief “conversation”, they decided Di Canio should take it after all and he duly stuck it in the net which started a comeback that culminated in Lampard scoring the winner to make it 5-4. Who set him up? Di Canio of course.

All of that might be enough for any players highlights package but Di Canio had plenty more entertainment to provide and not long later he provided us with one of the all time great Premier League goals. At home to Wimbledon in March 2000, the game was just eight minutes old when Sinclair played a long diagonal ball to the back of the penalty area where Di Canio was waiting. As the ball dropped out of the air Di Canio rose from the ground and with a cycling motion, connected with a perfect volley which left ‘keeper Neil Sullivan with no chance. It was spectacular, voted Premier League goal of the decade and left no-one in any doubt about his genius.

The following season he continued to entertain, scoring vital goals and assists but it was actually in shunning a goal scoring opportunity that he made his most memorable contribution. In December 2000 in a game against Everton, both sides were pushing for a winner when the Toffee’s ‘keeper Paul Gerrard went down clutching his knee. He had injured himself while making a clearance at the edge of the box but play had continued. The ball was crossed to Di Canio, who was well positioned to score but instead he caught the ball in the air, stopping play and drawing attention to his opponent’s injury. He was given a standing ovation by the Everton fans and received the FIFA Fair Play Award for his act of sportsmanship.

“Sure, it was a spectacular goal. What I did was extremely difficult, because it requires total body control, timing and balance. Compared to a bicycle kick or a scissors kick it is much more difficult, because in those situations your body weight is going backwards, which helps stabilise you. But when I struck the ball against Wimbledon, both feet were in the air, even just making contact was quite an achievement.”

After that things turned a little sour for Di Canio, he had a public row with new manager Glenn Roeder and found his playing time limited, West Ham struggled and were ultimately relegated in 2003/4.

Ultimately he was at West Ham for a relatively short time but what a spell it was. He played for a number of clubs in England and his politics and personal views might be questionable to say the least but he was an awesome player, a mad genius and a true West Ham United Legend.