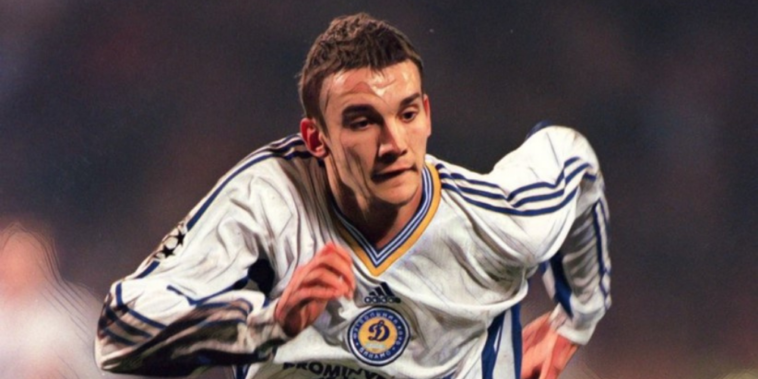 Dynamo Kyiv carried a fearsome reputation in European football during the late nineties, with the Ukrainian side emerging to pose a genuine challenge to the continent’s finest sides

Valeriy Lobanovskyi has become one of football’s forgotten pioneers and had vowed to ‘conquer the summits’ upon his arrival for a third spell in charge of Dynamo in 1997, having guided the club to eight Soviet titles across his first two spells in charge.

Lobanovskyi inherited a side struggling to replicate their past achievements in European football, making little impression on continental competition despite dominating domestically in the post-Soviet independence era.

Soon, however, his side would be taking on Europe’s best in a refreshing and formidable manner, becoming one of the cult sides of the decade with their success fired by a devastating duo.

Formidable front pairings have become a rarity as football has progressed, but at a time when partnerships were prevalent there were few more intimidating than Andriy Shevchenko and Serhiy Rebrov.

Rebrov was the first to make his mark at the capital club, having been signed from Shakhtar Donestsk after a promising breakthrough.

His first seasons were underwhelming in his new club’s colours, but the emergence of Shevchenko from within the Dynamo ranks provided Rebrov with the foil to find his form.

Shevchenko broke into the side during the 1994/95 campaign after a string of goals for the second side, forming an instant understanding with Rebrov who netted 10 goals for the campaign – equalling his haul across the previous two seasons combined.

Three consecutive league titles arrived in Kyiv as the dovetailing duo forged a prosperous partnership, before the return of Lobanovskyi took the side to new levels.

The 1997/98 season saw the Rebrov and Shevchenko combine for 70 goals in all competitions, as Dynamo added a sixth straight title and upset the established elite in Europe.

The club’s Champions League campaign saw Dynamo drawn to face Barcelona, Newcastle and PSV Eindhoven in a daunting group stage. Finishing top, Lobanovskyi’s side embarrassed Barcelona home and away, following a 3-0 win in Kyiv with a stunning performance in Catalonia.

Louis van Gaal’s side were blown away in a virtuoso performance from a fearless footballing side, Barcelona unable to live with a team executing their manager’s meticulous methods.

Shevchenko scored a first-half hat-trick as the 21-year-old produced an exhilarating showing, with Rebrov adding the fourth in a 4-0 win that silenced the Camp Nou.

Dynamo’s run was eventually halted with defeat to Juventus in the quarter-finals, though the side returned with renewed intent the following season.

Even in the absence of the previous season’s surprise factor group stage progression was assured in comfortable fashion. Rebrov scored in both games against Arsenal – including a 3-1 win in Kyiv – as the Premier League champions were eliminated.

Shevchenko finished the campaign as the Champions League’s leading scorer, scoring eight goals, and starred as holders Real Madrid were beaten in the last eight.

He scored thee goals across the two legs, first scoring Dynamo’s goal in the 1-1 draw away from home before netting a brace in the 2-0 return.

Shevchenko’s second of the evening was carved out with imagination from his diminutive partner, as Rebrov lifted a nonchalant scooped pass over the Real Madrid defence for Shevchenko to convert.

Once again Shevchenko, Rebrov, and their swashbuckling side had given little consideration to illustrious opponents, their brand of football capturing the imagination of the continent.

Bayern Munich proved a bridge too far in the semi-finals as a 4-3 defeat on aggregate ended hopes of reaching the Champions League final, but Shevchenko and Rebrov had made their mark with 12 goals in the competition proper.

That season proved the end of the Shevchenko and Rebrov combination at Dynamo Kyiv, as the former departed for AC Milan.

The impression their European exploits had made attracted predictable interest and the Italians made Shevchenko their record signing. One season later, Rebrov also departed, signing for Tottenham in an ill-fated £11m deal.

Having been in such stunning synchronisation scoring goals in Ukraine, the two embarked on different career paths after leaving their homeland.

Shevchenko ended his first season in Milan as the league’s leading scorer – becoming just the sixth player to achieve the feat in their first Serie A campaign – and scored 173 goals in 296 appearances for the Rossoneri.

It’s a haul that only Gunnar Nordahl can better for Milan and led to huge silverware success, claiming Serie A, Coppa Italia and Champions League winners’ medals, in addition two Capocannoniere awards and the 2004 Ballon d’Or.

Rebrov’s move to a major European league failed to find such success. He scored nine league goals during a modest first season with Spurs, before falling out of favour in North London.

“I thought, ‘Glenn Hoddle, he’s already worked in France and he knows good European football.’ I thought he would understand me,” he later told The Guardian.

“The first games I played in the squad, I didn’t play badly but then everything turned around. I can’t explain.”

Rebrov believes Spurs failed to understand the traits of his game and revealed how he informed David Pleat – then in charge of the Premier League side’s transfers and responsible for brokering the deal – not to expect Shevchenko-level output.

“I’m not like Shevchenko, who scores lots of goals. I like to pass, to assist. Of course I score some goals, but I’m not the player who will definitely score 20 goals in the league.”

Shevchenko too endured his own difficult spell in England, having joined Chelsea in a British transfer record deal in 2006. He failed to replicate the form shown at Milan and returned to Italy having scored just nine league goals across two seasons at Stamford Bridge.

Rebrov had spells with Fenerbache and West Ham without much success before returning to Kyiv, adding another league title – his ninth for Dynamo – before another championship success at Rubin Kazan.

Shevchenko had his own second spell at Dynamo and added a further 30 goals in 86 appearances, the final contributions from two footballers whose goals defined an era.

Shevchenko scored 94 goals across his first five seasons in the senior side, with Rebrov adding 99 in all competitions across the same period, an extraordinary alliance that fired Dynamo to every league title in the early years of Ukraine’s post-Soviet Premier League

”I think it was the best time of my life,” Rebrov said to The Guardian on the club’s successful era.

“We had a very good team, a great manager. We could even have won the Champions League. Everybody was afraid of us, even Alex Ferguson said he didn’t want to play against us because we played unbelievable football.”

Dynamo never quite reached the heights that would have made their side truly immortal to the wider world, as Champions League success eluded a captivating side.

Shevchenko and Rebrov, however, were a clinical combination that left a lasting legacy in Eastern Europe.