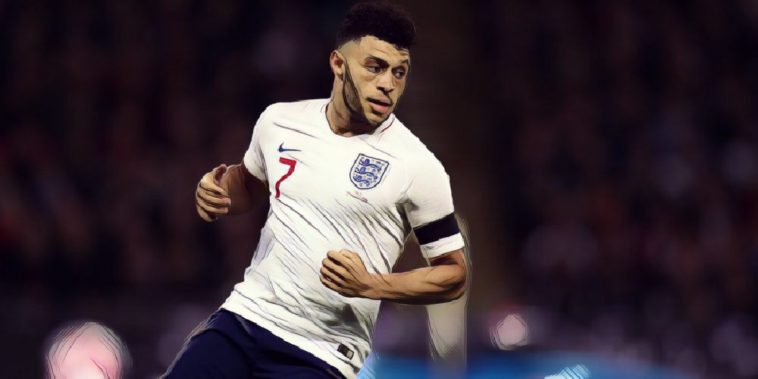 Alex Oxlade-Chamberlain has revealed the ‘surreal’ feeling of watching England with the fans during the club’s run to the semi-final of the 2018 World Cup.

The England international missed out on last summer’s tournament in Russia after suffering a serious knee injury, the 26-year-old now returning to the squad for the coming Euro 2020 qualifiers with Bulgaria and Kosovo.

Oxlade-Chamberlain has revealed that watching his teammates in a pub alongside friends helped him to realise how much the England team matters to supporters, the midfielder describing his shock at the ‘special’ atmosphere.

“I was shocked,” Oxlade-Chamberlain told the media ahead of Saturday’s Wembley qualifier.

“That was the first time I’ve ever watched a football match with football fans, of my team, if that makes sense? I’m either always in the stadium or at home. I’ve never been to a pub where there’s a bunch of Liverpool fans or Arsenal fans and watched it with them, never been to a pub with England fans, or in a big place, to see what it means to them, and I was kind of sat there, and it was a bit, it was like a surreal moment where I could see my mates on the screen doing what I usually do, and how everyone around them was reacting and what it meant to them.

“It was surreal. I was almost idolising them as well. Just seeing them do that and what it was creating around me, I was like ‘oh my God, that’s Raheem Sterling, look at what he’s done, do I really do that?’…But it was special what it created and I got to see that first-hand, in the environment, and it wasn’t what I expected, it was another moment where I realised– I can’t swear – I’ve missed out on something big here.

“Seeing what it meant to people. People rushing in from work with their shirts and ties on, it was like the whole nation was watching.

“I met a couple of doctors there, a couple of boys from the city, a couple of plumbers, all came into Boxpark, and it was just mayhem and meant so much to everyone. I’d never seen that first hand, so it was really, really special and sort of a reminder of what it means to play for England and how special that is.”