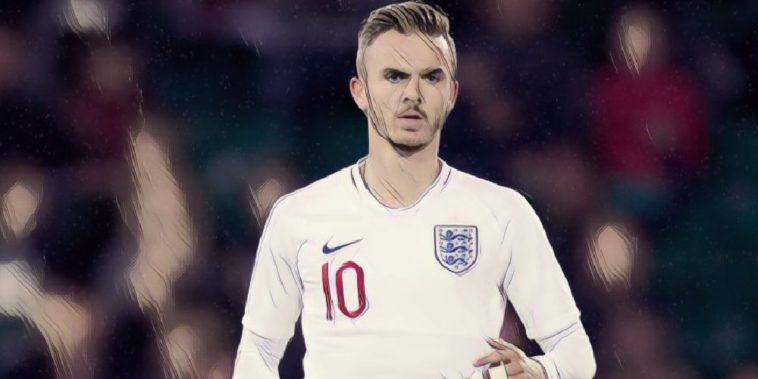 Paul Gascoigne believes James Maddison could be the answer to England’s lack of creativity in midfield.

The Leicester playmaker created more chances than any player in Europe’s top five leagues last season and has begun the new season in similar fashion, providing a superb assist for Jamie Vardy in last weekend’s win at Sheffield United.

Gazza’s creativity was often essential in unlocking tight defences during his own 57-cap England career, with the former Newcastle and Tottenham midfielder believing the creative talents of players are being blunted by a fear of losing.

The 52-year-old says there are ‘too many robots’ currently playing, and believes Maddison’s fearlessness in getting on the ball and beating players could see him star for Gareth Southgate and England.

“I don’t know what these coaches are doing to our young players coming through, I really don’t, because we don’t have many players like Maddison coming through,” said Gazza.

“He wants to be on the ball, he is creative, he takes people on. I’ve seen him do that often for Leicester, when I’ve been watching games.

“There are too many robots, definitely, because there is so much pressure on players and managers not to lose the game – they’re frightened to lose.

“I always say keep trying things and, eventually, it will work out. But they’re afraid to try.

“Gareth Southgate has done a great job, got them playing great football.

“They just miss that something creative in the middle, the willingness to have a go at someone. Just have a go.”

Maddison, who is reported to be a target for Manchester United, has been called up for the upcoming European Championship qualifiers against Bulgaria and Kosovo.