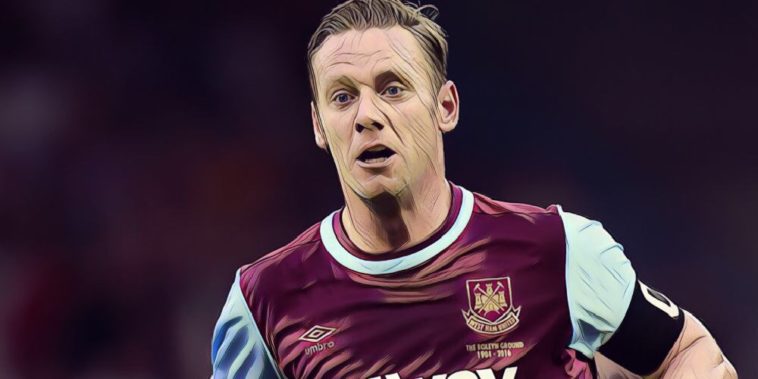 Kevin Nolan has backed West Ham to build on Manuel Pellegrini’s debut season at the club and push towards the Premier League’s top six.

West Ham finished 10th in Pellegrini’s first season in charge at the London Stadium, and a strong end to the campaign has increased optimism at the club ahead of the new season.

Spanish international Pablo Fornals has already arrived in a £24m deal from Villarreal as the club look to strengthen this summer, with former Hammers captain Nolan believing the club should be looking to close the gap on the division’s leading sides.

“I was delighted with how the side did over the season. I think, this year, West Ham have the quality and the squad to be the best team outside the top six, and that should be the target next season,” Nolan told whufc.com.

“With the money invested, and with Pablo Fornals coming in from Villarreal, it’s another statement of intent from the owners and Manuel Pellegrini that they want to go even better. The mentality of the club, with the investment, is to be looking to break into that top six.

“With the acquisitions and players like Andriy Yarmolenko coming back – and he’ll be like a new signing – I think it will be interesting and exciting. The fans have a lot of cause to be excited about the season to come.

“I’ve been speaking to Nobes [Mark Noble] about Pellegrini and he says he’s always talking about being a big club and not being frightened and being able to play on the big stage. I’m looking forward to seeing West Ham play in the new season. I think last year was a good season for West Ham and Pellegrini, and now they have to improve on that.”