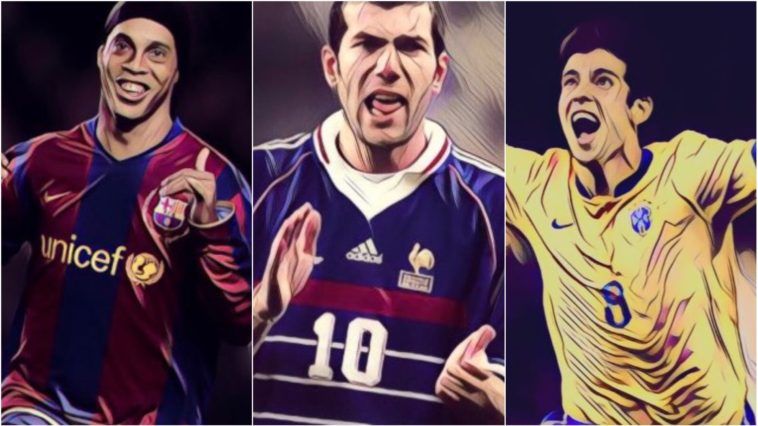 Some of the world’s greatest talents could have ended up in England or playing for vastly different teams were it not for bad luck, money, or Tim Sherwood.

If there is one thing we’ve learned from following football in the off-season over the years, it’s that anything can happen in the transfer market.

Diego Maradona turned up in the poorest city in Italy in the mid-eighties, Luis Figo became a hate figure after moving from Barcelona to Real Madrid at the turn of the century, and Manchester City changed overnight when Robinho signed for the club ten years ago.

The lesson for teams to take from these transfers is, aim high and see how the chips land. Sheffield United were rumoured to be doing just that recently, when they were linked with a move for Franck Ribery, after his contract with Bayern Munich ended and he became a free agent. If that transfer were to happen this summer, we would eat our hats before swiftly rewriting this article.

That rumour got us thinking as to the maddest and weirdest attempted signings in living memory, the transfers that could very well have changed the course of football history had they happened. For instance, Alex McLeish supposedly put in a call to Barcelona about getting a teenage Lionel Messi in on loan at Rangers after his son raved about the player’s ratings on the Football Manager video game.

Imagine a pubescent Messi turning up to play for the Gers at Hamilton bloody Academical on a bitter and blustery Saturday afternoon, getting abuse from gammon-faced old Scotsmen for “playing that fancy Dan shite”. The Argentine probably would have quit the sport on the spot, and who could have blamed him really.

Thankfully that did not come to pass, and neither did these transfers, although we would love to see what would have happened if they did.

In January 2011, under the new ownership of Venky’s, Blackburn made an audacious attempt to sign the one-time World Player of the Year. The Indian poultry conglomerate had big plans for the club, and signing Ronaldinho would be their statement signing.

They also wanted to bring David Beckham in on loan, but neither move came to pass and the Brazilian moved from AC Milan back to his home country instead. They did re-sign Roque Santa Cruz from Man City on loan, as well as Jermaine Jones from FC Schalke, but neither made much of an impact. By the end of the following season, Blackburn were relegated to the Championship.

Watch: Ten of the best quotes about Brazilian legend Ronaldinho

When Man City shockingly signed Robinho on the last day of the transfer window in 2008, they weren’t satisfied with stopping there. The Brazilian was a top talent at the time, no doubt, but Real Madrid weren’t devastated to let him go. And as time went on, it became clear he wasn’t the same player as he was in those prodigious early years.

In the next transfer window City would make an even more unlikely bid, this time for Kaka. Although they had shown they had the chops and the means to sign big-name players, this was a different kettle of fish. The AC Milan attacker was considered the best player in the world at the time, and the Italians were not the type to sell their best players.

But City made an over in the region of £100m — and Milan accepted it. A contract was drawn up and the deal was close to being done, until the player backed out. Kaka later explained why the transfer never happened:

“I’d finally come to the conclusion that it wasn’t quite the right time for me to go to City, and the main reason was the uncertainty over the squad-building process that they were about to undertake. It wasn’t clear to me how the squad would be reshaped and I wasn’t too convinced it would work.”

Not all of these non-transfers are Brazilians, I swear. But like his aforementioned compatriots, Roberto Carlos very nearly moved to the Premier League, with Aston Villa the frontrunners to sign him in the early days of his career.

The left-back told the Sun: “I actually came close to joining Aston Villa early in my career. I met with the club, but nothing happened. Birmingham were also interested, but it didn’t go anywhere and I later joined Inter Milan.”

Gareth Barry was a fine player and would have been a decent signing for Liverpool in 2009. The reason why this makes the list is because Rafael Benitez was bringing in the midfielder to replace Xabi Alonso, which is just really weird, man.

Barry ended up going to Man City that summer instead, but it unsettled the Spaniard enough that he wanted to leave the club and so off he went to Real Madrid, where he won a second Champions League to go with the one he picked up with the Reds in 2005.

Jamie Carragher later bemoaned the manager’s lack of effort to keep the talented player at Anfield, and looking back one wonders why Benitez did not do more to keep him. Liverpool have not had a player like him since and it’s all because of Gareth Barry.

Birmingham were just one of many clubs interested in signing Didier Drogba in 2003-04, who was lighting up Ligue 1. The club supposedly baulked at the asking price, which was reported to be in the region of £3m. The Blues did, however, pay roughly twice that (when you include add-ons) for Emile Heskey the next summer.

The Ivorian’s value skyrocketed when he led Olympique Marseille to the Uefa Cup final, scoring against Liverpool along the way.

The cat was truly out of the bag and he went to nouveau riche Chelsea at the end of the season for around £24m. What could have been.

Read: Five of the Premier League’s most drawn out transfer sagas

This one never got to the negotiating table, but in 1995 Blackburn had just won the title, were going to be in next season’s Champions League, and were backed by Jack Walker’s millions.

Immortal words. The Riversiders were relegated a few seasons later, while the Frenchman went on to have an alright career.

See Also: Top five English clubs with the most wins of all time