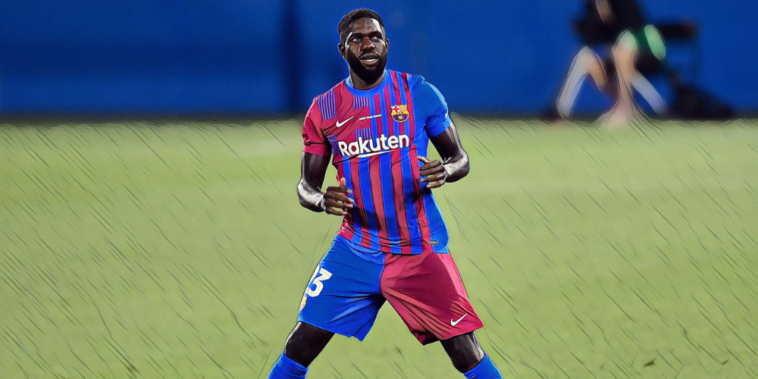 Newcastle have reportedly turned their attentions towards Barcelona defender Samuel Umtiti as the club look to sign a centre-back this month.

Eddie Howe is keen to reinforce his backline during the January transfer window with the Magpies closing in on the signing of Kieran Trippier, though Newcastle have seen negotiations for Lille’s Sven Botman break down.

Newcastle had hoped to strike a deal with the French champions for Botman, but have so far been frustrated in their attempts to sign the 21-year-old this month.

Marca are reporting that the club have now turned their attention towards Umtiti, who has found himself out of favour at Barcelona after being plagued with fitness issues.

Newcastle are now prepared to provide the France international with a chance to regain his fitness, approaching Barcelona over a loan deal until the end of the season that will include no option to buy.

Umtiti formed part of the France side that won the 2018 World Cup but has struggled for fitness in recent years, starting just 30 league fixtures across the past three-and-a-half La Liga seasons.

The defender is believed to be keen to sign for a side in European competition this month, but Newcastle are prepared to pay a large portion of the player’s wages – a scenario that suits Barcelona as the club look to reduce their wage bill and register new signings.