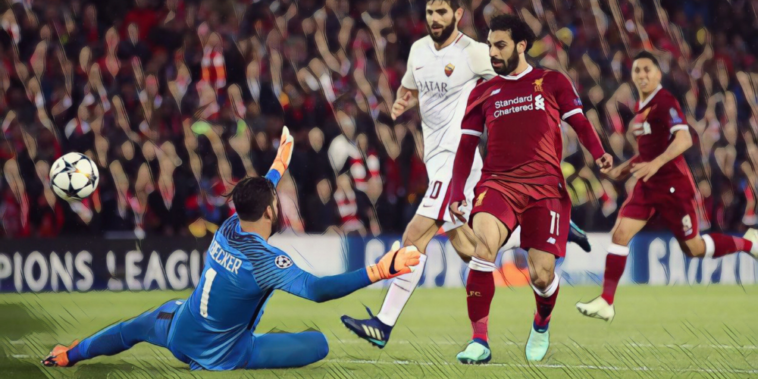 Mohamed Salah’s arrival at Liverpool was a transfer that brought equal measures of excitement and doubt.

There was no shortage of figures questioning the wisdom in signing the Egyptian for a record fee, following his previous disappointing spell in English football with Chelsea.

Salah had failed to make an impression after first choosing Stamford Bridge over Anfield, finding himself behind a wealth of expensive imports in the pecking order at Chelsea and making just 13 league appearances for the west Londoners as Jose Mourinho continually overlooked his talent.

Two-and-a-half seasons in Italy, first with Fiorentina before making the move to Roma, had convinced Liverpool that a long-term target was worth a second shot in the Premier League.

Liverpool’s modern success has been built on a data-led approach to recruitment and the Reds’ analysts predicted that Salah was a player who could both improve the side and develop into an elite talent.

Few, however, expected it to happen so suddenly.

Salah scored on his Liverpool debut during a thrilling 3-3 draw with Watford on the opening day of the 2017/18 season, a chaotic clash with epitomised the infancy of Jurgen Klopp’s reign at Anfield.

Liverpool were vibrant and dangerous on the front foot, but vulnerable defensively and prone to implosion from set-pieces with Miguel Britos’ scrambled stoppage-time equaliser preventing the Reds and Salah from beginning the campaign in winning fashion.

Salah’s debut goal – bundled across the goal-line as he followed in Roberto Firmino’s chip over the goalkeeper – was a sign of things to come as he scored four goals in his opening six league appearances.

As the season progressed the goals flowed and the records began to tumble, including a run of seven goals in four games in which he produced unplayable performances against Stoke and Leicester.

He netted four goals and assisted another in the reverse fixture at Watford during a record-breaking campaign that delivered 32 league goals, but it was perhaps a performance under the Anfield lights that truly announced his arrival amongst Europe’s elite.

Liverpool’s fragility ensured Klopp’s side finished a considerable distance behind Manchester City’s ‘Centurions’ during the league season, but in Europe their potency allowed the Reds to blow away teams in quick-fire fashion.

Klopp’s side scored 23 goals in just six Champions League group stage games – including 7-0 wins over both Maribor and Spartak Moscow – to progress to the last 16, where Porto were dismantled after a 5-0 thrashing at the Estádio do Dragão.

Manchester City – on their way to an English record points total domestically – were beaten in an enthralling quarter-final tie, setting up a semi-final showdown with Roma.

Roma arrived with first-hand knowledge of Salah’s talents, whilst the winger had been named as the PFA Player of the Year on the Sunday before their semi-final showdown on Merseyside.

Kevin Strootman – a former teammate of the Egyptian’s in Italy – had detailed how the Serie A side had been keen watchers of his Premier League progress.

“I am surprised by how many goals he has scored so far but not how he plays. Here he was a nightmare for opponents and in England he is doing the same.

“I think it is confidence which is the main difference. It did a lot when he played here but now you see if he has a chance and he misses it, the next time he knows he will score.

“We have special tactics [for Salah] but I’m not going the share it! Italian defence, that is what I’m hoping for.”

It look less than 45 minutes for those special tactics to be made redundant.

Liverpool have hosted some memorable European occasions and Salah helped add another chapter to the ever-increasing collection of unforgettable Anfield nights.

This was the embodiment of Klopp’s ‘Heavy Metal Football’ as Liverpool ruthlessly blew apart their Italian opponents, a whirlwind of red shirted stars bringing a relentless intensity to the contest.

Roma had started brightly but were soon undone by the mesmeric magic of a man who adorned their colours the previous season, as Salah opened the scoring in sublime style.

Collecting Roberto Firmino’s pass in the familiar surroundings of the inside-right channel, he took one touch to control, another to steady, before bending a brilliant finish in off the underside of the crossbar.

Even as Anfield erupted around him, Salah was quick to showcase his decency as he faced his palms to the travelling Roma fans in an apologetic gesture.

Salah had scored 34 goals across his 18 months in the Italian capital but his move to England had seen the Egyptian reach a new level entirely.

Firmino was the provider once again as Salah doubled the home side’s advantage soon after, scampering forward in signature fashion to collect the Brazilian’s threaded pass.

If his first finish has been whipped wonderfully into the far corner, there was a sense of subtlety about his second, a delicate dink over the onrushing Alisson in which time seemed to slow as it rolled in for his 43rd goal of the campaign in all competitions.

Again the celebrations were muted, but not for those in the stands as pandemonium ensued and Liverpool took control of their Champions League semi-final.

Liverpool pushed on in search of further goals after the break, smelling blood as Roma struggled to live with their exciting and fast-paced brand of in-your-face football.

Salah’s speed was proving problematic for his former side and he raced away again to set up the third, beating the offside trap to tee up Sadio Mane as the Senegal international Firmino queued up to tap home Salah’s centre.

The aspects of Salah’s game that have become so synonymous with the star were in full flow. His movement, bursting inwards between wing-back and centre-back, was causing nightmares. He squared defenders up, before dropping the shoulder and slaloming away from his former teammates, each terrified to make a mistake.

As wave after wave of Liverpool attack poured forward, each Roma challenge became increasingly desperate as Salah led a siege towards the visitor’s goal.

Hesitancy filled the decisions of the Roma defence and there was an inevitability when Salah skipped past Juan Jesus in the penalty box for Liverpool’s fourth, claiming his second assist of the evening after rolling the ball across for Firmino.

Liverpool had hit four and Salah had been involved in each, a rampant performance that saw the Reds become just the second team to score five goals in a Champions League semi-final after Firmino headed in a fifth from James Milner’s corner.

Salah, however, had been the star of the show and his substitution on 75 minutes perhaps provided Roma with a simultaneous sense of relief and confidence, rallying late to restore respect and score twice through Edin Dzeko and Diego Perrotti.

The damage had been done courtesy of a virtuoso showing from Salah, whose electric evening provided the platform for Liverpool’s progress to the final despite a nervy second leg at the Stadio Olimpico.

The final ultimately ended in defeat as Real Madrid ended Liverpool’s hopes in Ukraine, with Salah leaving the field in tears after sustaining a first-half shoulder injury.

His 2017/18 campaign was one that elevated the forward to the elite level, however, with his scintillating semi-final showing one that will live long in Liverpool memories.

The Romans had conquered England more than 2000 years earlier, but their sporting hopes of similar success failed as Anfield rose to salute the coronation of their Egyptian King.