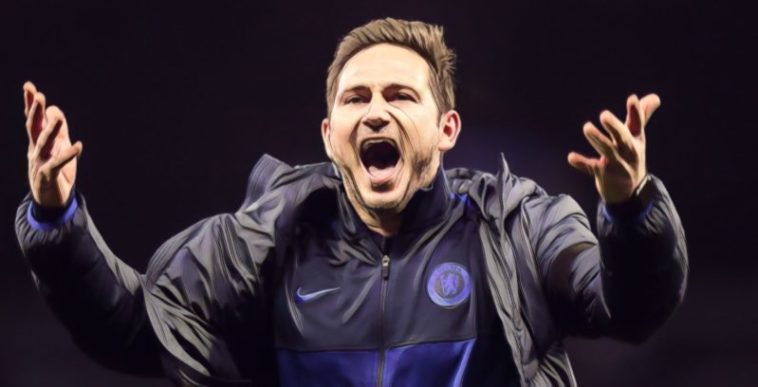 It is human nature that certain football managers are more popular with the media than others.

Take Jurgen Klopp and Pep Guardiola. The former’s winning smile and gregarious manner, not to mention his welcome habit of dishing up great copy all ensure he generally gets favourable press. By comparison, the Catalan is detached: he is not rude by any stretch but he typically keeps the hacks at arm’s length and so it follows that the coverage he receives is similarly disengaged.

It is, for this reason, more than any other why in praise Guardiola is written about like he is an objet d’art but elsewhere he is lambasted with a scorn usually reserved for dislikeable politicians. Klopp meanwhile is humanised and excused always. Affection comes through very clearly in the tone and words of any think piece or profile piece dedicated to him, and frankly, it is not uncommon for them to read like long, fawning fan letters.

As annoying as this can be for rival fans ultimately it is a harmless example of double standards. After all, football journalists, for all their arrogance, are not Bob Woodward and Carl Bernstein. They are not entrusted to keep governments in check but rather gauge how good or bad Everton or Marcus Rashford is playing right now, so who cares if they get a little matey and feel a connection to some managers and subsequently allow their sentiment to colour their content. As stated, it is human nature.

As for the manager’s perspective, it could be argued that Klopp simply knows how to play the game in this regard and there would certainly be some merit to that. It could be argued too that it’s a game that has long been played.

Harry Redknapp was a master at it. Journalists would have him on speed-dial for when they needed a quote and he made sure he called them by their first names and asked after their kids and consequently he was lavished with a career’s worth of positive press that turned his serious flaws into endearing character traits and had him portrayed as a champion of the common man. It was a perception that served him extremely well, earning him a fortune in the process.

Yet if this is merely an irritating fact of life – a popular man gets flattering press, the horror! – a problem does arise when a manager is blessed with far more than glowing character references in print. In addition, due to their popularity, they are judged to a differing metric in their work against their less popular peers.

Because then that flippant remark about Woodward and Bernstein no longer applies nor should the double-standards be so easily dismissed. These coterie of sycophants who inhabit press conferences are, after all, still journalists with an ethical duty to report fairly and what’s more, they are immensely influential with the clout to shape a manager’s professional reputation for years to come and even cost him his job. So when some coaches get an easy ride and others are put to the sword based on personal bias not only is this pathetic but it’s more than a little unsavoury too.

Imagine if you will five years of cuttings on Redknapp and a similar pile on, let’s say, Glenn Hoddle. Imagine also that the person reading both piles is completely uninitiated to football and then suppose how that individual would view each gaffer.

Redknapp would be perceived as a great man; a salt of the earth type and this would surely grate with the many who believe he is and was anything but. Who cares though, right? Redknapp was adored by the press core and so naturally he got talked up a lot. The cuttings would also suggest however that the ex-Spurs boss was a genius in the transfer market and a motivator supreme while in stark contrast Hoddle would be assumed to be a limited man with limited capabilities who, for some reason or another, was on trial throughout.

Why were both men treated so differently? Why was one prematurely driven to punditry while the other was continually linked to the top jobs until he categorically stated he was retired? Simply put, because Redknapp used to have a laugh and a brew with the journos, while adding an ‘Y’ or an ‘O’ to their names.

We are witnessing a similar distortion of narrative right now with Redknapp’s nephew Frank Lampard. From the moment the former Chelsea midfielder dropped Derby like a dirty smell and took up the reins at Stamford Bridge the media pack were smitten, going to great lengths to portray him and the six-time title winners as plucky underdogs. It would take a miracle – we were reliably and consistently informed – for the club with the third best squad in the Premier League to finish inside the top four and all because of a short transfer ban that was made out to be the biggest hindrance to success imaginable.

Throughout last season excuses were made on his behalf and criticism was tempered and so much of this was because Lampard is English, personable and good looking with a celebrity girlfriend. He winks at the journos and shares a laugh with them and they swoon like schoolgirls and write like cheerleaders and essentially what we have here is a jock/nerd dynamic writ large. They desperately want to be in his gang. They desperately want to refer to him as ‘Lamps’ down the pub to their non-journo mates.

This window Chelsea have blown the rest out of the water with their spending, compiling a formidable squad at an extortionate cost that has two quality players for each position. We all know what the narrative would be if it were anyone else in the hot seat. It would be the title or bust with significant pressure applied should the Blues lose a few on the spin.

What does Lampard get instead? To paraphrase a forest-full of flowery prose it is this – The England legend now faces the weight of expectation for the first time in his managerial career. Chelsea must finish inside the top four and maybe win a trophy sometime soon.

Mikel Arteta for one would kill for such soft press and such soft demands and all while on a tenth of Chelsea’s budget too. If only he was willing to play the game a little more and crack a joke from time to time; it only he’d join more Whatsapp groups. Then maybe he’d get it.