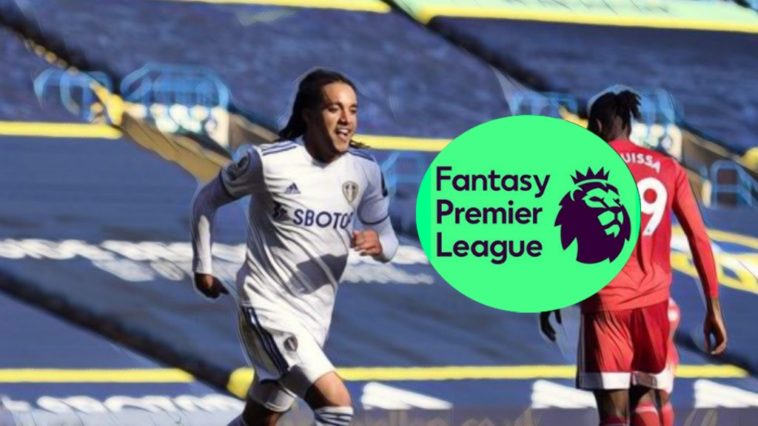 In gameweek 2 of Fantasy Premier League there were two hat-tricks and a record 44 goals scored, but the average points haul was just 59 across the game.

That suggests many FPL managers simply didn’t have the high-scoring assets this week and/or picked a low-scoring captain. Pierre-Emerick Aubameyang, for instance, was the most captained player of the week – but he hasn’t even made it into the team of the week after nabbing just five points.

Who made the cut and which ones were you lucky enough to have?

All of the statistics in this article were provided by Opta via fantasyfootballhub.co.uk. Take advantage of their 25% discount on membership to access this and many other useful FPL features on their website.

A clean sheet and a first ever penalty save since signing for Liverpool made Sunday’s 2-0 win over Chelsea a match to remember for Alisson. His 14 points just edged Aston Villa’s Emi Martinez’s 13-point tally to take this week’s number one jersey.

Penalty save and clean sheet ✅

A clean sheet and the winning goal is about the most you can ask for as a defender in the Premier League, and that’s exactly what Ezri Konsa provided on Monday during Aston Villa’s huge 1-0 win over last season’s surprise package Sheffield United. He naturally picked up all three bonus points for his efforts.

Tyrone Mings and his fellow Villa defenders can thank Emi Martinez for keeping United out after his penalty save, but the backline worked tirelessly to ensure they went home with no goals conceded and all three points. The sending off of John Egan helped immeasurably in that sense, but they still restricted their opponents to just four attempts all game. Mings ended the match with one bonus point and ten overall.

Just two games into his Leicester career and Timothy Castagne is already looking like an excellent signing. The Italian followed up his goal and a clean sheet from the opening day with two assists against Burnley. He turns up in the opposition box several times a game and looks to be a real threat going forward. Time will only tell, but the Foxes may have upgraded on Ben Chilwell.

Every now and again Heung-min Son absolutely explodes out of nowhere in a match, and this was one of them. On last week’s Fantasy Faithful podcast, I surmised that the Korean would take advantage of Southampton’s high line, and particularly that of the full-backs, to get opportunities on goal.

It went even better than I expected, as he tore them asunder time and again in this game. The Saints defence were naive in the extreme, but Son did exceptionally well to take advantage of it in the way he did. His 24 points will be one of the biggest hauls of the season.

One of the most transferred out players of the last week, Sadio Mané punished those who sold him and rewarded those who kept the faith with a 16 point haul. His two goals put Chelsea to the sword on Sunday to keep Liverpool’s 100% start to the season going.

A lovely Reds move finished in style by Mane 🔥 pic.twitter.com/OyRy9zRzfL

When the team sheets were revealed for Manchester United’s clash with Crystal Palace on Saturday, one obvious mismatch was that between surprise starter Timothy Fosu-Mensah and Wilfried Zaha. It was like a gift to the Ivorian international, who didn’t have to face up against Aaron Wan-Bissaka, whose absence made United’s defence all the poorer.

Zaha went on to terrorise the stand-in right-back and score two goals, one from open play, the other from the penalty spot. Having netted three times in two games, will his red hot form continue? With his next four fixtures against less-than-stellar defences, there’s every chance.

Zaha against Maguire and lindelof pic.twitter.com/rGQ1jgwFzB

Last season Leeds United were inconsistent in front of goal but tight at the back. This season they are free scoring but loose in defence. What gives? Frankly, who cares so long as it keeps providing us with 4-3 thrillers.

Their first Premier League win in 16 years was almost stopped by a Fulham comeback, but the Whites held on. Helder Costa scored half of their goals on the day, racking up 14 points. He provided the finish of the match with his excellent shot that went in off the crossbar. He might be the mid-priced midfielder we’ve all been looking for.

Helder Costa caught that one perfectly and Leeds are in front!

No chance for Areola! pic.twitter.com/VWrnSM46gx

According to Jose Mourinho the real man of the match against Southampton was not Son but Harry Kane, who had five goal involvements on Sunday. His goal and four assists, which saw him win 21 points, made him the first player since Mo Salah against Watford in March 2018 to be directly involved in five goals in one Premier League match.

It was unusual to see Kane become the provider, spraying passes in behind the Saints defence to set up his strike partner. He attempted more key passes (4) than he did shots (2) on the day, something we don’t really associate with the Spurs marksman.

A first career hat-trick saw Dominic Calvert-Lewin hoover up 17 points in the first match of the weekend. The Everton striker now has four goals after just two matches from 1.84 expected goals (xG) according to FFHub’s stats, the second highest in the league after Mo Salah. No player took more than his six shots across matchday two either.

With top class players like James Rodriguez and Richarlison feeding him with quality chances, it’s little wonder he has started in red hot form.

Brighton’s leading striker Neal Maupay got off the mark against a limp Newcastle United side at the weekend with a brace at St. James’ Park. The Frenchman had four shots, three of which were on target and two which were big chances. He also scored 1.37 xG, the fifth highest of any player in gameweek 2.

Neal Maupay has been directly involved in 15 PL goals since the start of last season [12G & 3A].

Fantasy Premier League team of the week for Gameweek 2:

A round of applause for your @budfootball #FPL Kings of Gameweek 2 👏 pic.twitter.com/sJiEENB3XW

See Also: 20 of the best FPL team names to consider this season