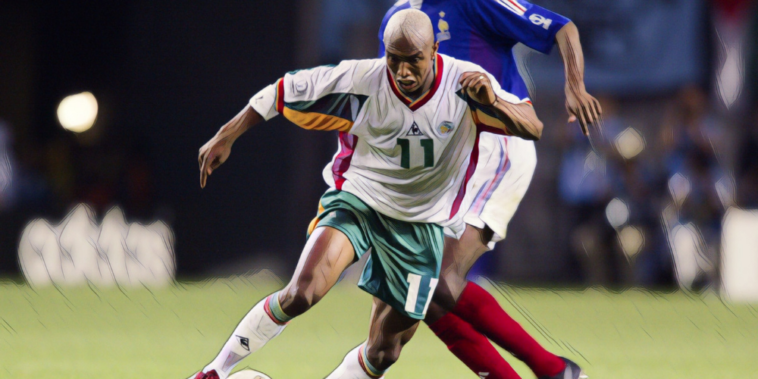 Euro 2020 gets underway this week, the rescheduled European Championship set to feature some of the game’s biggest names and best international sides.

Major tournaments can often provide a platform for the world’s finest footballers to showcase their talents, whilst they offers less heralded talents a chance to burst into the limelight in view of the watching world.

Scouts from across the world will be watching closely ahead of the next four weeks of international action, though history tells us that major tournament performances are not always an indicator of transfer success.

Here are five of the most memorable ‘post-tournament’ transfer flops.

Euro ’96 was lit up by an exciting Czech Republic side that went all the way to the Wembley final, eliminating fancied nations including Italy, Portugal and France before falling at the final hurdle.

The runners-up were packed full of relative unknowns who would soon become household names, the likes of Pavel Nedved and Patrick Berger amongst those to earn high-profile moves following the Czech’s run to the final.

Also amongst the names to earn a big move was winger Karel Poborsky, who scored one of the defining goals of the tournament after scooping an audacious improvised finish over Victor Baia in the quarter-final win over Portugal.

🗓️ #OnThisDay in 1996: Karel Poborský scored one the most delightful chips you'll ever see…pic.twitter.com/6nUTMtND6k

It was a moment of magic that catapulted Poborsky into the consciousness and attracted transfer interest, the winger signing for Manchester United from Slavia Prague – his first move outside the Czech Republic.

Poborsky’s move failed to pan out as initially hoped however, the emergence of a certain David Beckham providing a significant obstacle in the winger’s pathway to success.

Poborsky enjoyed a fine international career and earned 118 caps for the Czech Republic, though his two-season spell at Old Trafford proved underwhelming before a move to Benfica after falling out of favour in 1998.

Denilson had starred at the 1997 Confederations Cup for Brazil, being named as the tournament’s best player, before featuring in every fixture as the South Americans reached the World Cup final the following year.

Brazil’s tournament ended in defeat to host nation France in Paris, but Denilson’s stock was high with the winger’s explosive style and natural ability evident during his performances.

Interest was predictably high in one of Brazil’s brightest talents and it was Real Betis who secured his signing, splashing a world-record £21.5m on his services that summer in a bid to close the gap to Spain’s elite.

Denilson’s dazzling and unpredictable footwork failed to translate into tangible output for the La Liga outfit, however, and the 20-year-old soon struggled under the weight of expectation on his shoulders.

Denilson scored just five goals across two seasons with Betis, the second of which ended in the club’s relegation to Spanish football’s second tier at the end of the 1999/2000 campaign.

He spent a brief spell on loan with Flamengo before returning to help his parent club to promotion, remaining with Betis until 2005 but failing to ever hit the heights once predicted.

His latter career consisted of a nomadic existence including spells at clubs as varied as Bordeaux, Al Nassr, FC Dallas and Hai Phong, Denilson winning the last of his international caps aged just 25.

Savio Milosevic finished as the joint-leading scorer at the 2000 European Championship, netting five times across just four games for a free-scoring Yugoslavia side.

Milosevic had previously enjoyed a productive spell in the Premier League before signing for Real Zaragoza, where he netted 38 goals in just 72 league appearances in the two seasons before Euro 2000.

The forward scored twice in a thrilling 3-3 draw with Slovenia during Yugoslavia’s group stage opener, before netting the decisive goal Norway were defeated in Liege.

Milosevic scored again in an all-time classic clash as Spain edged a 4-3 thriller, in addition to a consolation goal as Yugoslavia exited the competition following a 6-1 humbling to the Netherlands.

His performances persuaded Parma to splash out a huge €25m to sign him following the tournament, with Milosevic heading to Italy as a replacement for the Lazio-bound Hernan Crespo.

The move failed to work out as Milosevic scored just nine league goals across two seasons, returning to Spain in three separate loan deals before being released on a free transfer in 2004.

Senegal won hearts and admirers for their performances at the 2002 World Cup in Japan and South Korea, beating holders France in the tournament opener before reaching the quarter-finals.

The African nation’s exciting side impressed with their attractive football and extravagant celebrations, a host of Europe’s leading clubs queuing up to sign their leading names with El Hadji Diouf the jewel in the crown.

Diouf was named in the World Cup’s All-Star Team and as African Footballer of the Year, his performances enough to earn the forward a £10m move to Liverpool from Lens.

Two goals against Southampton on his home debut raised optimism, though the Liverpool fans would wait a further seven months before the summer signing’s next league goal.

His fortunes only worsened as he became the first Liverpool number nine in history to go an entire season without scoring in 2003/04, whilst a range of incidents – including spitting at a Celtic fan during a UEFA Cup tie and clashes with fan favourites Jamie Carragher and Steven Gerrard – made him a hugely unpopular figure.

“He has one of the worst strike rates of any forward in Liverpool history. He’s the only no. 9 ever to go through a whole season without scoring, in fact he’s probably the only no. 9 of any club to do that. He was always the last one to get picked in training.”

He moved on to Bolton after scoring just three league goals in 55 appearances for the Reds, whilst his Senegal teammate, Salif Diao, fared little better after arriving at Liverpool that same summer.

Gerard Houllier had turned down the opportunity to sign loanee Nicolas Anelka in favour of the move for Diouf, a transfer mistake that contributed to Liverpool finishing outside of the Champions League places after a runners-up finish the previous season.

Signed following his impressive performances at the same World Cup as the aforementioned Diouf, Kleberson formed part of the Brazil team that were crowned as world champions for a fifth time under Luiz Felipe Scolari.

Scolari had declared that Manchester United were getting a bargain following the arrival of the midfielder in a £6.5m deal in 2003, one year after his role in Brazil’s World Cup success.

Described as the first name on the team sheet ahead of figures such as Ronaldo, Ronaldinho and Rivaldo, excitement was understandably high as Kleberson was paraded alongside a teenage Cristiano Ronaldo at Old Trafford.

Any hopes that the young midfielder would become the long-term successor to Roy Keane in the engine room soon proved misguided however, as Kleberson struggled to cope with the demands of the Premier League.

Injuries hindered his impact, as he made just 20 league appearances across two hugely underwhelming seasons in English football.

He signed for Besiktas after falling out of favour with the Red Devils, later returning to Brazil and failing to reach the heights once predicted during his summer of success in 2002.