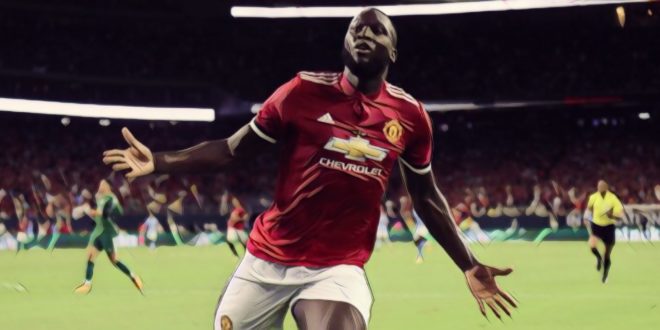 Ranking the six most expensive strikers in Premier League history

Putting the ball in the back of the net remains arguably football’s hardest task, with a striker capable of scoring prolifically an essential part of any successful side.

The Premier League has seen it’s fair share of great goalscorers throughout its illustrious history, but how did the priciest poachers fare after their big-money moves?

West Ham bolstered their attacking options this summer with the £45m club-record signing of Sebastien Haller, the forward having impressed in German football with Eintracht Frankfurt.

Haller’s 20 goals in all competitions last term persuaded Manuel Pellegrini’s side to part with a record fee for the Frenchman, who had played an instrumental role in Frankfurt’s run to the Europa League semi-finals.

A towering physical presence with pace and technical ability, Haller seems to possess all the attributes to be a major success in England’s top flight.

Three goals in his first three Premier League goals have seen him instantly endear himself to West Ham supporters, who often idolise attacking talent like few other fans.

We’ll abstain from ranking Haller due to his lack of appearances in England, though the early signs look promising.

The French forward had developed a reputation as one of Ligue 1’s finest finishers before sealing a move to the Premier League, with Arsenal opting to spend a then club-record £46.5m to bring Lacazette to the Emirates in 2017.

He would help the North London side to Community Shield success in his debut season, scoring 17 goals in all competitions and winning plaudits for his tenacity and work-rate.

His second season saw him crowned as the club’s Player of the Season, Lacazette’s goals helping fire Arsenal to the Europa League final.

The forward would strike up a prolific partnership with fellow frontman Pierre Emerick-Aubameyang, the duo hitting 50 goals in all competitions between them in 2018/19.

Having established himself as one of Europe’s most feared forwards during a prolific spell at Liverpool, Chelsea opted to smash the British transfer-record to sign Torres in 2011.

The Spaniard scored 65 goals in 102 league appearances on Merseyside, though struggled after making the high-profile switch. It took Torres 903 minutes to score his first goal for the club, looking a shadow of the player who had once terrorised Premier League defences.

Team success would come with Champions League and FA Cup success, though he failed to score double figures for league goals in each of his three seasons at Stamford Bridge.

He would leave Chelsea in 2014, having scored just 20 goals in 110 league appearances.

The second Arsenal forward to feature on this list, Gabon international Aubameyang arrived at the Emirates in a club-record deal in January 2018, having hit 141 goals over five seasons with Bundesliga side Borussia Dortmund.

Aubameyang made an instant impact in English football, scoring 10 goals in 13 Premier League appearances over his first half-season in North London.

His first full season saw him carry on in prolific fashion, scoring 31 goals in all competitions and earning a share of the Premier League’s Golden Boot alongside Liverpool duo Sadio Mane and Mohamed Salah.

Since joining Arsenal he has scored 44 goals in just 69 appearances, and will be a key figure in the club’s search for silverware in coming seasons.

The Spaniard had impressed during spells at Real Madrid and Juventus without really cementing himself as a first-choice, though that looked set to change after Chelsea spent £60m to bring the forward to the Premier League in 2017.

Morata began impressively in English football, scoring 10 league goals before the turn of the year including a hat-trick at Stoke City. From there, however, his form drastically deteriorated and his confidence seemed to suffer after a series of poor displays.

His second full season saw him fall out-of-favour and he scored just five goals before being allowed to leave the club, joining Atletico Madrid on loan.

Just 18 months after becoming the most expensive signing in Chelsea’s history, Morata returned to Spain having scored just 24 goals in 72 appearances.

After failing to make the grade at Chelsea, Belgian international Lukaku rebuilt his promising reputation with prolific spells at West Brom and Everton.

Lukaku’s record of 87 goals in 166 appearances for the latter persuaded Manchester United to make him the most expensive striker in Premier League history, securing a £75m deal to bring him to Old Trafford in 2017.

He initially impressed in his debut season, scoring 27 goals in all competitions as United finished as runners-up in the Premier League. His second season was less impressive, Jose Mourinho’s dismissal as manager saw him sidelined under new boss Ole Gunnar Solskjaer, who preferred youngster Marcus Rashford as his central striking option.

Having failed to persuade Solskjaer he was worthy of being the club’s first choice he was allowed to leave this summer, joining Inter Milan in a £74m deal in 2019 after just two seasons at the club.