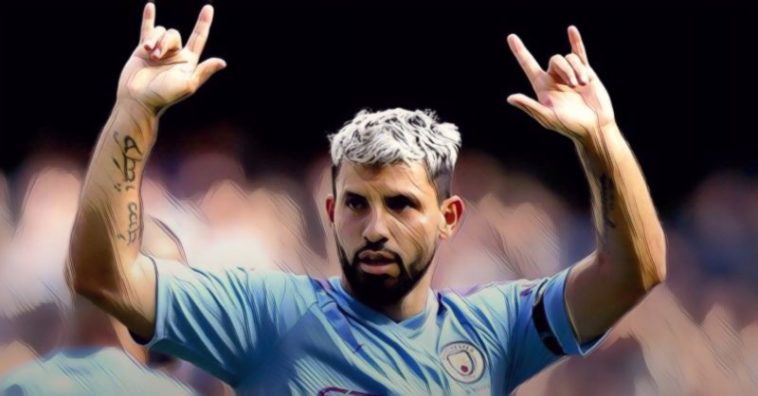 It’s often said that football is a young man’s game, though modern scientific advancements have seen players continue to shine well into the autumn of their careers.

A player’s 30th birthday was regularly regarded as the point their decline is likely to begin, but a host of Premier League stars are continuing to defy logic and deliver peak performance well past this particular landmark.

So for those of you interested in the best Internet Slots, we’ve decided to pay tribute to some of the division’s ageing stars, with the top six Premier League players over the age of 30…

Is there a better centre-forward in the Premier League?

Now 31, Aguero continues to fire at the most prolific rate in the division’s history, the Manchester City star quickly closing in on the Premier League’s all-time leaders for goals scored.

Six goals in the first four games of the new season mark him out as the early favourite to win the Golden Boot, the Argentine seeking to win the honour for a second time after previously topping the scoring charts five years ago.

Agüero has now scored 20+ goals in five consecutive Premier League seasons, just the second player after Thierry Henry to achieve the feat, and if he remains fit looks likely to become the first to hit the landmark in six successive seasons this year.

A stalwart in Mauricio Pochettino’s Tottenham team since his arrival four seasons ago, the Belgian international has been an influential presence in the Spurs defence.

A commanding defender with the ability to play from the back, the 30-year-old remains one of the division’s best despite his advancing years.

A widely publicised release clause was surprisingly not met this summer despite speculation he could leave the club, though interest is likely to increase with the centre-back available on a free transfer at the end of the season.

Should he depart it will be a major blow to Spurs, the defender likely to have several more seasons of high-quality performances at the top level.

The electric Arsenal forward has shown no signs of slowing down, despite enjoying his 30th birthday over the summer.

The Gabon international has begun the new season in typically prolific form, scoring three goals in his four appearances of the new Premier League season.

The former Borussia Dortmund star will be key to Arsenal’s hopes of securing Champions League football this season, and will have one eye on retaining the Golden Boot award he shared with Sadio Mane and Mohamed Salah last season.

It’s now 44 goals in 69 Arsenal appearances for the forward since his £56m move in 2018, a substantial fee but one that has proved worth the outlay for the North London side.

The oldest player to feature in our list at 34, Fernandinho continues to play an influential role in arguably the Premier League’s greatest ever side.

A firm favourite with manager Pep Guardiola, the Brazilian has provided the defensive platform for three title-winning sides, cementing himself as one of the Premier League’s greatest holding midfield players.

How much longer the popular midfielder, who will turn 35 before the season’s end, can continue remains to be seen, though he remains a key figure in the champion’s squad.

Another ageing Manchester City star, Premier League fans should enjoy the diminutive Spaniard whilst they can as the playmaker plays out his final season at the Etihad.

Having announced his departure at the season’s end, the 33-year-old will bring the curtain down on a glittering Premier League career, the four-time title winner likely to be remembered as one of the division’s all-time greats.

An effortless creative presence who never seems unable to find time and space, Silva continues to shine well into his 30’s and has begun the new season in fine form, registering four assists in just four league appearances so far.

After scoring 75 goals over the past four seasons Vardy has begun the new season in similar fashion, firing three goals in four appearances for Brendan Rodgers’ new-look Foxes team.

The 32-year-old is rapidly closing in on 100 Premier League goals, the former England forward now just 17 goals short of joining that elusive club.

Few would back against Vardy to reach that landmark, an impressive feat for a player who only enjoyed his first taste of top-flight football after his 27th birthday.