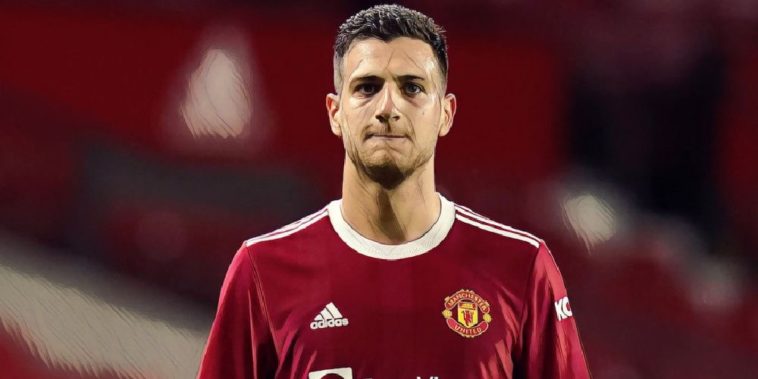 Diogo Dalot is understood to be on Atletico Madrid’s shortlist of names to replace Kieran Trippier, with the Spanish side considering a move for the Manchester United right-back.

Atletico are assessing a number of names following the sale of Trippier to Newcastle earlier this month and have placed Dalot amongst their potential transfer targets this month.

AS are reporting that Dalot is one of three alternatives to the club’s leading target, Valencia’s Daniel Wass, alongside Red Bull Salzburg’s Rasmus Kristensen and Juventus defender Mattia De Sciglio.

Dalot spent last season on loan at AC Milan but has since returned to the Red Devils and been handed a more prominent role, making 13 appearances across all competitions so far this season.

The 22-year-old’s improved performances under interim manager Ralf Rangnick – alongside the mixed form of Aaron Wan-Bissaka – has led for calls for more regular involvement for Dalot and it appears unlikely that United would sanction his departure during the January window.

Dalot – who broke into the Portugal side in 2021 and has since won four caps – signed for the Red Devils in a £19m deal from Porto in 2018 and has made 48 appearances in all competitions for the club.