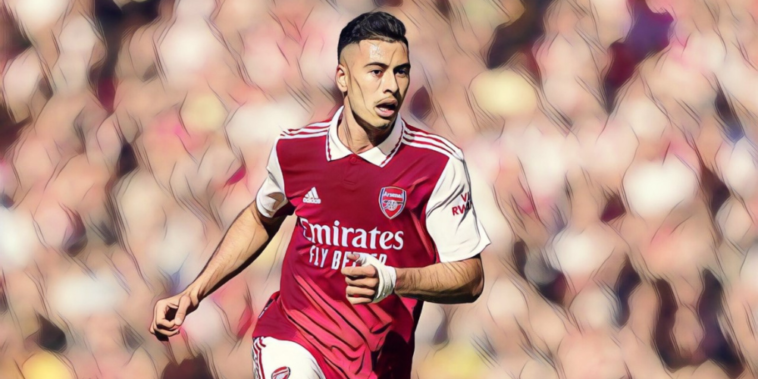 Gabriel Martinelli is close to agreeing a new contract with Arsenal that will see the forward become one of the club’s highest earners.

Martinelli is set to be rewarded with a new deal to recognise his increasing importance to then Gunners, with the 21-year-old having been a standout performer under Mikel Arteta this season.

He has scored five league goals for the Premier League leaders during the current campaign and his performances earned Martinelli inclusion in the Brazil squad for the 2022 World Cup in Qatar.

Arsenal have been in negotiations with Martinelli over a new deal that will increase his current £70,000-a-week wages to around £200,000-a-week, with the Mail reporting that the two parties are closing in on an agreement.

The deal will see Martinelli become one of Arsenal’s best-paid players, while it will represent a major boost for the north Londoners will several top clubs having monitored his situation at the Emirates.

Martinelli is understood to be happy at the club and spoke earlier this season of his desire to sign a new deal at Arsenal, who have shown notable signs of improvement under Arteta this season.

The Gunners are five points clear of Manchester City at the top of the Premier League table. Their domestic season resumes after the World Cup against West Ham on Boxing Day.