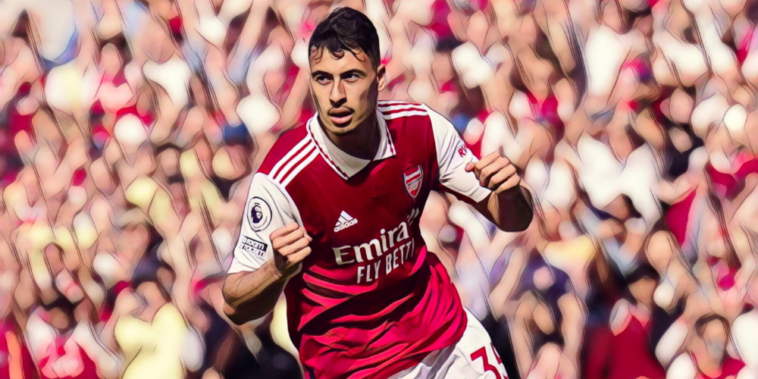 Gabriel Martinelli insists he wants to stay at Arsenal as the forward closes in on a new contract at the Emirates.

Martinelli is in negotiations over a new deal as the north Londoners look to reward his increasing influence on the side, having been a key figure under Mikel Arteta this season.

The 21-year-old has scored five goals and laid on two assists in 12 league appearances for the Gunners, with Arsenal top of the division following the club’s best-ever start to a Premier League season.

Martinelli has less than two years remaining on his current deal, though the club possess the option to extend his contract until 2026.

The Brazil international has hinted that he is ready to put pen to paper on an extension, reaffirming his happiness with life at the club.

“I’m very happy at Arsenal. I said it many times. This is my club,” Martinelli said at a pre-match press conference ahead of Arsenal’s Europa League clash with FC Zurich.

“I love to be here, I love the city, the club, everything about Arsenal. I want to stay. I’m very happy,” he said, before adding with a smile: “They just need a pen.”