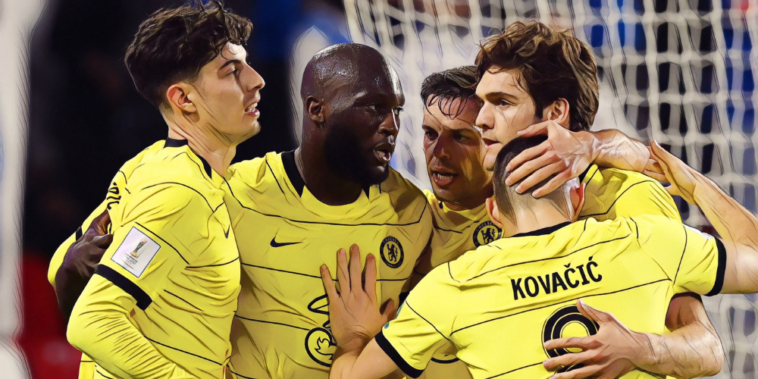 Zsolt Low says Chelsea will have to overcome ‘nerves’ as the club prepare to face Palmeiras in the Club World Cup final.

Chelsea will meet the Copa Libertadores winners in the final of the inter-continental tournament on Saturday, as the European champions look to add the Club World Cup to their cabinet of silverware.

The west Londoners beat Al-Hilal 1-0 in the semi-final to set up a shown down with the Brazilians, with Low having said after the game that the Blues were ‘nervous’ against the Saudi Arabian champions.

Chelsea’s last appearance in the Club World Cup final saw them beaten by Corinthians in 2012. Low – who has been leading Chelsea in the absence of Thomas Tuchel – says that defeat will have no bearing on this weekend’s clash but says the Blues ‘nerves are now gone’.

“It’s a long time ago. But we’re really aware and know really well Brazilian teams are good in the Club World Cup history,” Low said at the pre-match press conference. “The game was a lot of years before. Now we have a different team, different coaching team. This is a different game tomorrow.

“We want to have the feeling of favourites as the champions of Europe. We’ll be confident in this game. We felt and talked already about the players being nervous in the first game. The nerves are now gone and we’ll play with a good attitude.”

Palmeiras are expected to be backed by plenty of travelling support in Abu Dhabi, and Low said he is expecting a difficult game against the back-to-back Copa Libertadores champions.

“We know a lot about Palmeiras. We watch a lot of games of the team. We know they win the last two times the Copa Libertadores. We expect a very difficult game, a good opponent. The fans we know.

“Thiago and Kenedy talk about how good the fans are. We expect a lot of them there tomorrow. It can be like an away game for us but we’re well prepared. We know the opponent. They are strong but we are also strong.”

Low also discussed Tuchel’s absence, with the German having tested positive for Covid-19. The assistant revealed that the club are still hopeful Tuchel will be able to attend the final after following coronavirus rules and protocols.

“We hope he can come. We have 30 hours to the game. He follows the rules and protocols. Still a lot of time. We hope he can come but if not we are well prepared, we have a lot of meetings. We talk about the game, we analyse the game and see what we can do better. We’re absolutely clear what to do better in the second game.

“Thomas will absolutely want to be here. The whole club wants that. We hope he can make it. We have 30 hours. Every test can be negative and with one he can fly and join the group.”