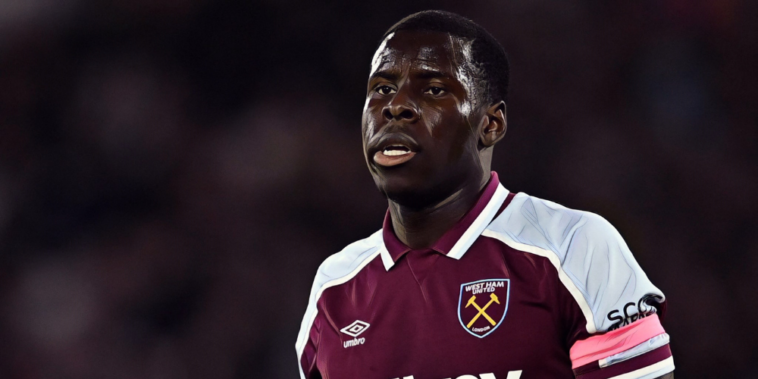 David Moyes has apologised for the upset caused by Kurt Zouma’s actions, but says the West Ham defender is available to face Leicester this weekend.

Zouma caused outrage this week after video footage emerged of the centre-back abusing a cat, an incident which saw the Frenchman fined £250,000 – a figure which will be donated to animal welfare charities – and saw the pets removed from his possession by the RSPCA.

Despite West Ham’s condemnation of his actions and the video, which saw Zouma slap and kick the animal, he was controversially selected to start the Hammer’s 1-0 win over Watford on Tuesday.

Speaking ahead of Sunday’s clash with Leicester, Moyes has told the media that Zouma will remain available for selection.

“He is available to play. There are different views whether he should be available. We decided he should. I stand by that,” he told his pre-match press conference.

Moyes insists that West Ham have dealt with the manner correctly, issuing the maximum penalty to Zouma’s wages, while the defender has also been offered ‘animal lessons’ by the RSPCA.

“I don’t think a club could have taken more action, any quicker. We’ve fined him maximum wages. He’s getting some help. We’re trying to do as much as we can as a Club to help him.

“I think the RSPCA are going to provide us with some courses to help him and make sure that Kurt’s getting better and understanding it. We’re going to do everything as a Club that we possibly can to resolve it.

“I’ve had over 1,000 games and I’ve never treated any player differently. If it’s regarding disciplinary reasons, everyone’s treated the exact same.”

Moyes insisted that there is ‘nobody more disappointed’ by Zouma’s actions than himself, before issuing an apology to the fans who have been impacted by ‘a terrible situation’.

The Scot said that the Hammers will try ‘to make some good come from bad’ with a focus on contributing towards animal charities.

“I’d say right away is that we’re completely upset by it at the well. There’s nobody more disappointed than me or the club itself.

“We’re making sure animal charities will benefit from it. It’s a terrible situation, nobody’s hiding it, but we are trying to make some good come from bad.”