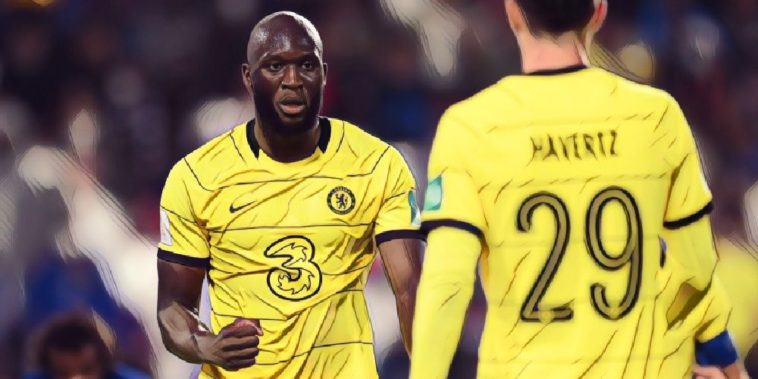 Chelsea booked their place in the final of the Club World Cup with a narrow 1-0 win over Al Hilal.

Chelsea started brightly and created a number of early opportunities in Abu Dhabi, though the AFC Champions League holders – who netted six in the last round against Al Jazira – also showcased their attacking threat.

The breakthrough for the Premier League side would come just after the half-hour mark, Kai Havertz beating his man down the left before standing up a cross into the six-yard box. His delivery sailed over the head of Romelu Lukaku, though Al Hilal left-back Yasir Al-Shahrani’s headed clearance inexplicably went straight back to the Belgian striker who made no mistake as he smashed home from point-blank range.

Havertz would hit the post from a narrowing angle early in the second half, before the Saudi side started to grow into the game as they went in search of an equaliser.

Kepa Arrizabalaga was forced into a few crucial saves to keep his side ahead, denying former Porto striker Moussa Marega with his legs, before making a superb outstretched save to keep out Mohamed Kanno’s curling effort from the edge of the box.

Chelsea certainly didn’t look at their sparkling best, but they held on to book their place in the Club World Cup final against Brazilian side Palmeiras.

In the absence of Thomas Tuchel – who is still in the UK after testing positive for Covid-19 – assistant coach Zsolt Low said that the players felt the ‘pressure’ of the occasion, leading to a lack of ‘freedom’ and ‘rhythm’.

“We worked very hard. We missed a bit of freedom and rhythm,” he told the post-match press conference. “We started a little nervous, it was not easy. We fought hard for it to find a solution. My opinion is the solution was there but we didn’t find it easily.

“We missed a bit of rhythm in this game but we fought hard to get the result and reach the final.

“This competition is very important for the club. The players felt the pressure and that’s why we failed to find the easy solution and score goals. The players did well. We didn’t concede and had a lot of opportunities to score a second.”

The Chelsea coaching staff were in contact with Tuchel at half-time, the German also feeling that the players were ‘nervous’, with Low expecting ‘a very hard game’ in the final.

“Palmeiras is a very very big team with a good European coach. We expect a very hard game in the final with a lot of spectators from Brazil. Like today it will feel like an away game. That makes things more difficult but we’re ready to play the final. We’re here to win it.

“I think that we are well prepared for this tournament and final. The most important thing is we play a little bit more free in the final with better rhythm. The game today was good to play first time in this stadium, to acclimatise. We know they are a very big club in Brazil. They have a lot of good players. In the next days we’ll analyse their videos. We’ll be well prepared.”

Kepa continued between the sticks despite Edouard Mendy rejoining the squad following his AFCON heroics. Asked about the Spaniard’s performance, Low said: “Very important. In the cup, he did a big performance to save the penalty. Today when we needed him he was there and made one big save. He’s in very good shape.

“He plays and trains well. We’re lucky to have him. In the next days we have to decide who plays the final. We’re waiting for Thomas’ opinion and the goalkeeping coaches before we take the decision for the final.”

A victory on Saturday would see the Blues become the third English side to win the competition alongside Manchester United (2008) and Liverpool (2019), the Blues having lost on in the final of their last appearance in the tournament in 2012 when they were beaten 1-0 by Corinthians in Japan.