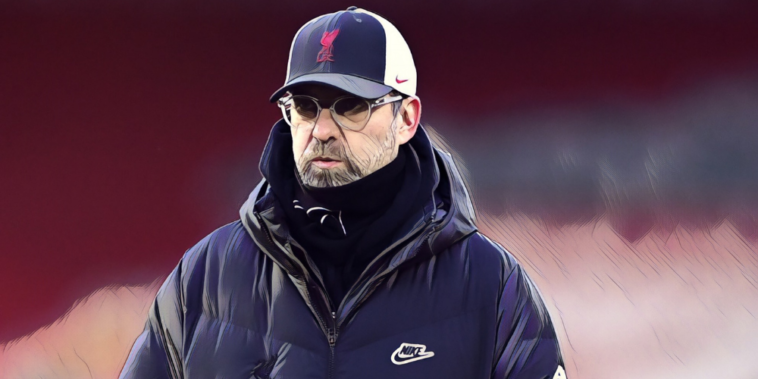 Liverpool’s wretched recent record at home continued with another Anfield defeat this week, the 1-0 loss to Chelsea the club’s fifth consecutive league defeat on home soil.

It’s an incredible turnaround in fortunes for the Premier League champions who have seen their title defence collapse in disastrous fashion, a 68-game unbeaten run on Merseyside followed by five consecutive home defeats for the first time in the Reds’ history.

Jurgen Klopp’s side have failed to score from open play in each of those games with their forwards firing blanks, and we’ve decided to look at how Liverpool‘s struggles compare to the longest barren spells in Premier League history.

Here are five sides to have to have endured the longest run of shots taken without scoring from open play at home in Premier League history:

Newcastle rank fifth on this list following a run of 94 shots without scoring at home during the 2013/14 campaign, their scoreless sequence starting during 1-0 defeat to Arsenal and extending for five Premier League games.

Four of those fixtures ended in defeat alongside a goalless draw with Norwich at St James’ Park, including a painful 3-0 home thrashing by Sunderland in the Tyne-Wear derby.

Newcastle had been in the Premier League’s top six until a difficult mid-season period, in which they lost influential midfielder Yohan Cabaye to Paris Saint-Germain, their run without scoring at home ended when Loic Remy scored a 92nd-minute winner in a 1-0 win over Aston Villa.

Newcastle’s 94-shot run without scoring at home was remarkably the second time the Magpies have amassed that number of wastefulness, having embarked on an identical run in 2007.

Newcastle’s run came under two different managers and in two separate seasons, beginning under the guidance of the late Glenn Roeder and a goalless draw with Middlesborough before the Magpies failed to find the net in home clashes with Manchester City, Arsenal, Chelsea and Blackburn.

Roeder resigned following the penultimate fixture of the season, with new owner Mike Ashley appointing Sam Allardyce as the club’s permanent boss during the summer.

Allardyce’s first home game ended in a goalless stalemate with Aston Villa, before an 87th-minute Michael Owen goal ended the goal drought and secured a 1-0 win over Wigan in September.

Liverpool‘s dreadful recent run has seen the Reds have a staggering 99 shots without scoring on home soil, an incredible downturn in results for a side who have been almost flawless at Anfield in recent seasons.

Jurgen Klopp’s side had gone more than three calendar years without suffering a home league defeat, until a shock loss to Burnley sparked a run of five consecutive losses on Merseyside.

Liverpool’s run without scoring had started in their previous home clash following a 0-0 draw with Manchester United, before surprise reverses to Burnley, Brighton, a thrashing by league leaders Manchester City and painful defeats to both Everton and Chelsea.

The defending champions now face an uphill task to secure a top-four finish and Champions League football, a far cry from their dominant title winning season in 2019/20, failing to score in just three fixtures all season.

Georgios Samaras’ double against Everton on New Year’s Day was the last time a goal was celebrated at the Etihad for some eight months, until Michael Johnson’s winner against Derby in the club’s first home fixture of the 2007/08 season.

Portsmouth hold the record for most shots without scoring a goal at home from open play, taking a huge 114 shots during the 2007/08 season.

Ironically, the run started following the highest-scoring game in Premier League history as Pompey beat Reading 7-4 in a thriller at Fratton Park, their next three home fixtures all resulting in goalless draws.

Harry Redknapp’s side then failed to score in defeats to Tottenham and Middlesborough, as well as another goalless draw with Arsenal, before the barren run was finally ended with a 3-1 win over Derby on January 19.

Zimbabwean international Benjani scored a hat-trick for Portsmouth in that victory, having also coincidentally netted a treble during the record-breaking clash with Reading.